More Women Drive than Men in the U.S.

Shocking news or just a confirmation of what we see around? Female drivers rule the U.S. roads! According to a recent study by the Michigan Transportation Research Institute , more women in the U.S have their drivers license than men do. The gender shift occurred for the first time in U.S. history and is not going to flip around in the near future.

Will Numbers Tell the Truth? 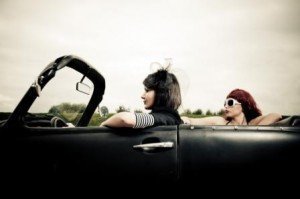 Today, over half of all American drivers are women compared to 1963, when men held over 60% of all drivers licenses.

This trend is predicted to continue growing. Research showed that the number of Americans with a drivers license has been declining over the past 17 years. The rate of decline for 25- to 29-year-old men (10.6%) is twice as large as for women (4.7%).

One of the possible reasons more women drive is the rapid development of Internet and technology: “One possible interpretation of the finding that the decrease in licensure rate has been greater for males than for females is that males are relying more on electronic communication than females,” said Michael Sivak, a research professor at the U-M Transportation Research Institute. “Because virtual contact through electronic means is reducing the need for actual contact, driving demand has been reduced more for males than for females.”

Another thing: probably it is cheaper for women to have a car. Michael Sivak, has found that women tend to choose smaller, more fuel-efficient cars. Women spend less time on the road, and women’s insurance rates are usually also lower. By the way, this inequality of rates was corrected in the U.K.  not long ago.

“The changing gender demographics will have major implications on the extent and nature of vehicle demand, energy consumption, and road safety,” authors of the study Michael Sivak and Brandon Schoettle said. “Women are more likely than men to purchase smaller, safer and more fuel-efficient cars; to drive less, and to have a lower fatality rate per distance driven.”

Several other data analyses confirmed those facts. Based on the 2011 MetLife Auto & Home American Safety Pulse Poll , women get fewer tickets for reckless driving and are far less likely to get involved in a fatal collision than men. It’s still hard to say, whether men or women driver better , but according to statistics, when women are behind the wheel, roads are a little safer.

And, most likely, the auto market will change its priorities too, and will start offering more small, cute and, of course, pink cars.