Facts and Laws about Drinking and Driving 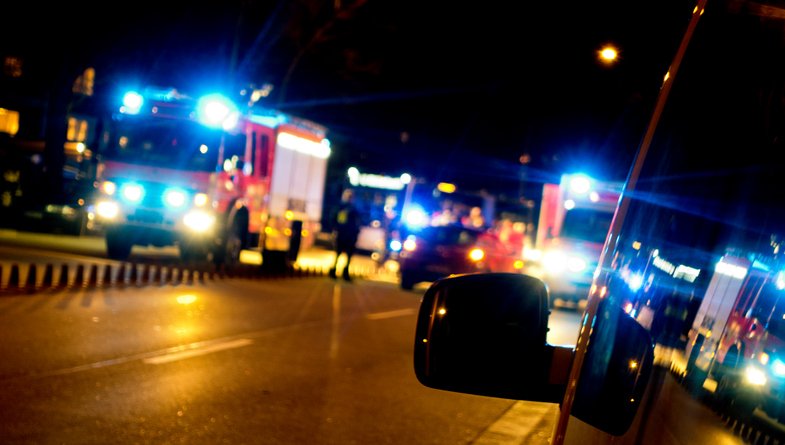 Perhaps the single most dangerous driving practice is driving under the influence of alcohol and/or drugs. Defensive driving techniques and knowing the rules of the road simply cannot compensate for the serious impairment that comes from driving while impaired. Impaired drivers endanger themselves and others, and they risk severe legal and financial consequences.

As National Drug & Alcohol Facts Week (NDAFW) arrives, it's time to remind ourselves of the grievous repercussions from drunk and/or drugged driving-related accidents.

Drivers make hundreds of decisions for each mile they drive - unless they have been drinking. Alcohol inhibits our ability to make safe and responsible decisions. Slower reaction time, coupled with poor decision-making, could mean real trouble. It could lead to a collision that could have been prevented.

Sadly, this has led to a staggering fact: nearly 29 people die every day in drunk driving accidents. The National Highway Traffic Safety Administration (NHTSA) collects data and publishes updated statistics on drunk driving collisions. Some more surprising facts from their latest report include:

Laws against Drinking and Driving

Driving while drunk on alcohol is one form of impaired driving or driving while intoxicated (DWI), also called driving under the influence (DUI). Most states automatically suspend or limit driver’s licenses on the first conviction of a DUI or DWI offense.

Driving while intoxicated or impaired by any substance, legal or illegal, is against the law. This includes driving while taking narcotic prescription medication and operating a vehicle while under the influence of marijuana or any other recreational drugs.

U.S. states and territories have different laws and penalties for driving while intoxicated. However, all states except Utah have laws against driving with a blood alcohol concentration (BAC) above 0.08% for people 21 years of age and above. In Utah, the BAC limit is 0.05%.

Other legal BAC limits are:

Almost all states also impose additional penalties if the BAC is significantly above the .08% limit.

Teens shouldn’t think they get off the hook just because they are underage. As you can see above, there’s basically a zero tolerance policy for alcohol with teen drivers. Even one drink can put you over the limit and you’ll wind up with an underage DUI. The conviction usually comes with years of probation, license suspensions, hundreds or thousands in fines and mandatory DUI education.

Consequences of a DUI Conviction

Driving under the influence is illegal in every state and comes with significant penalties. Each state has their own penalty structure that gets more severe with each DUI conviction. No matter what state you’re in you can expect to pay hefty fines, lose your license for a while and have to make modifications to your vehicle.

Every DUI conviction comes with a fine. How much that fine will be varies by state, but it’s typically around $1,000 for a first offense. A survey from Nolo taken by people convicted of a DUI found that the average for court-ordered fines for a first-time DUI offense was $1,100.

When you get a DUI charge your license is going to be suspended most likely. If that happens you have to pay the DMV reinstatement fees. The average for those fees is approximately $260.

All states currently have laws requiring an ignition interlock system be put in the cars of people convicted of certain DUI offenses. In some locations, these devices are even installed on the vehicles of first-time offenders. Typically, the offender has to pay for the installation, which is about $150-200.

This type of penalty is expanding and will likely become more common.

Held annually during the last week of January, NDAFW brings teens and scientific experts together to discuss the scientific facts about drugs, as well as their potential health effects on teen bodies and brains. Events are held around the country, with registrants getting free, science-based materials designed for young people.