Oh, Deer! Beware of Animals in the Road 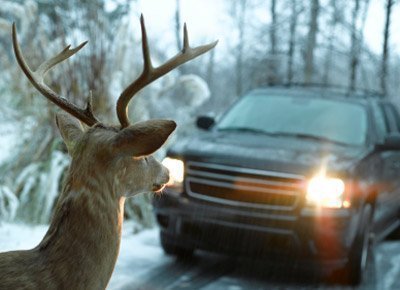 It’s deer season, and drivers should take extra care to avoid hitting animals in the road from now through January. The number of collisions with deer is especially high during this period (and the worst in November) because it’s the season for deer breeding and migration.

According to the Insurance Institute for Highway Safety, collisions with deer are most frequent in West Virginia, Iowa, Pennsylvania, and Kentucky. These crashes tend to happen in rural areas, but drivers everywhere across the U.S. should be careful. Deer species are found in all 50 states, so a collision could happen anywhere (even though the chances in Hawaii are  incredibly slim !).

Vehicle-animal collisions kill about 200 people and cost about  $1.1 billion  in property damage every year. You don’t want to wreck your car, and you certainly don’t want to injure yourself. So make sure you are prepared to avoid a collision with deer and other animals in the road.

Tips on Avoiding Collisions with Deer 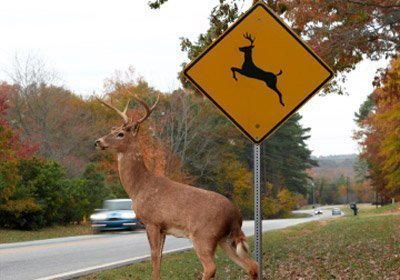