Texting and Driving in Texas

By Liza Kaufman | Published: August 31, 2018
SAVE BIG on Auto Insurance!
Get a Quote 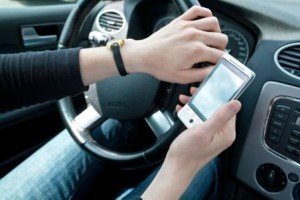 The widespread social phenomenon of texting and driving has become a stumbling block in the safety of the nation’s roads. Most states have already banned the use of cellphones while driving. But there are still 11 states where texting, talking on the phone and surfing the web while driving are legal and not punishable for drivers over 18 years old. Texas is one of them. State legislators have been proposing a bill to ban texting and driving in Texas for several years, but have not succeeded in the initiative yet.

Another attempt to outlaw texting and driving in Texas took place a couple of days ago in the state capitol. The topic has been really controversial for Texans since the time bill was first discussed. In summer 2011, it passed in the senate but was vetoed by the state governor Rick Perry , who said the bill would “micromanage the behavior of adults”.

What’s interesting is that laws prohibiting using cell phones while driving are active in 39 states. In Texas, these laws exist in 28 cities, including Dallas, Austin, San Antonio and El Paso.

Can Texting Cause Any Damage?

Well, let’s take a look at the statistics.

According to Jennifer Smith, president and co-founder of the Distraction Advocate Network , texting while driving can more than double a driver’s reaction time. The average driver takes his eyes from the road for 4.6 seconds each time he sends or reads a text. Even just texting for 3 seconds while driving at 55 mph means that about 240 ft on the road are being driven blindfolded. Also, a driver is up to 23 times more likely to get into a collision when he or she is texting.

Sounds a little scary, doesn’t it?

According to data from the National Highway Traffic Safety Administration , 3,331 people were killed in collisions involving a distracted driver in 2011. And in Texas alone, more than 400 of traffic fatalities were caused by distracted drivers!

But the statistical numbers are just numbers that don’t convey the depth of the personal tragedies caused by distracted driving. Many  families of victims of texting and driving in Texas gathered at capitol , hoping to convince the lawmakers of the need to ban texting while driving by sharing their stories.

Do You Want to Prevent Tragedies?

Probably, the most annoying thing here is that people know they shouldn’t text and drive, but just cannot curb their habit of using the phone all the time.

If you are interested in becoming a safe/safer driver, you might want to consider taking a  Texas defensive driving course . It is quick and easy, but the knowledge you gain is priceless. The course teaches safe driving techniques, gives tips on how not to be distracted on the road, and exposes the dangers and consequences of using a cell phone behind the wheel.

Also, the course serves as a cure for recent minor moving violations. So, if you recently got distracted on the road and made a mistake, you can take the defensive driving course to dismiss the ticket and keep points off your record.

But isn’t it better to educate and prepare yourself for tricky road situations or sudden driving decisions, than to try to correct a traffic mistake? And what if that mistake cost someone’s life?

There are lots of people in Texas who refuse to recognize the high risk in the activity of texting and driving. Thousands have fallen victim to the distracting habit, but at the same time others keep insisting that the ban on texting and driving for adults is the infringement of personal liberty.

But what kind of liberty and freedom is that, if you know that your life is constantly at stake?