Driving Under the Influence: Do Strict DUI Laws Really Work?

Drunk driving is illegal in every state, yet in the United States, someone dies from a drunk driving collision every 52 minutes. The tragic loss of life is impossible to quantify, but it’s estimated that the cost of alcohol-related crashes is over $100 billion annually.

Thanks to campaigns from advocacy groups like Mothers Against Drunk Drivers (MADD), drunk driving deaths are down 50% since 1980, proving stricter laws and advocacy have worked to reduce the number of drunk driving deaths. However, MADD’s goal isn’t just to have fewer deaths caused by drunk or drugged drivers; it’s to have zero.

MADD’s “No More Victims” campaign is a combination of prevention and invention. They’ve created a roadmap to go from 10,000+ drunk driving deaths per year to zero.

Although the law varies a bit by state, the spirit of the implied consent law is the same across the country. Simply by getting behind the wheel of a car, you automatically consent to allow law enforcement officers to test your blood, breath, or urine for drugs and alcohol. Depending on the state, refusing to take a breathalyzer or other BAC test could get you as little as a suspended driver's license or as much as a year in jail.

According to a literature review published in the Journal of Safety Research, “A substantial proportion of drivers arrested for DUI refuse the BAC test, thereby reducing the likelihood that they will be convicted and potentially increasing the number of high-risk multiple offenders contributing to alcohol-related crashes...there is strong evidence that BAC test refusals significantly compromise the arrest, prosecution, and sentencing of DUI suspects and the overall enforcement of DUI laws in the United States.”

MADD advocates for increased penalties for refusing a breathalyzer.

Check out the states with the toughest DUI laws.

MADD cites the following sobering statistics about teens and alcohol:

Parents have a bigger role to play in teen alcohol and substance use than they may think. Despite how it may appear, teens are listening to their parents.

According to the CDC, teens are killed in car crashes more than any other demographic, and teens who have been drinking have a much higher risk of being in a crash than older drivers with the same BAC level. Parents need to engage their teens in an ongoing conversation about drinking and drug use.

Teens must understand that driving while under the influence of alcohol or any controlled substance (including prescription or over-the-counter medication) is illegal and increases their odds of being in an accident. Many teens have received the message that alcohol and driving don’t mix, but are not aware that marijuana also impairs their driving significantly.

Research fom a January 2022 Colorado Division of Criminal Justice report analyzing more than 26,000 impaired driving cases that were filed in Colorado in 2019 shows that combining cannabis and alcohol increases the risk of being involved in a car crash:

“45% of drivers tested positive for multiple substances. The most common combination of drugs detected was alcohol and Delta 9-THC, which is the primary psychoactive component of cannabis and may indicate recent use…the risk of being involved in a crash increases dramatically depending on the type and number of impairing substances in the driver’s body.” 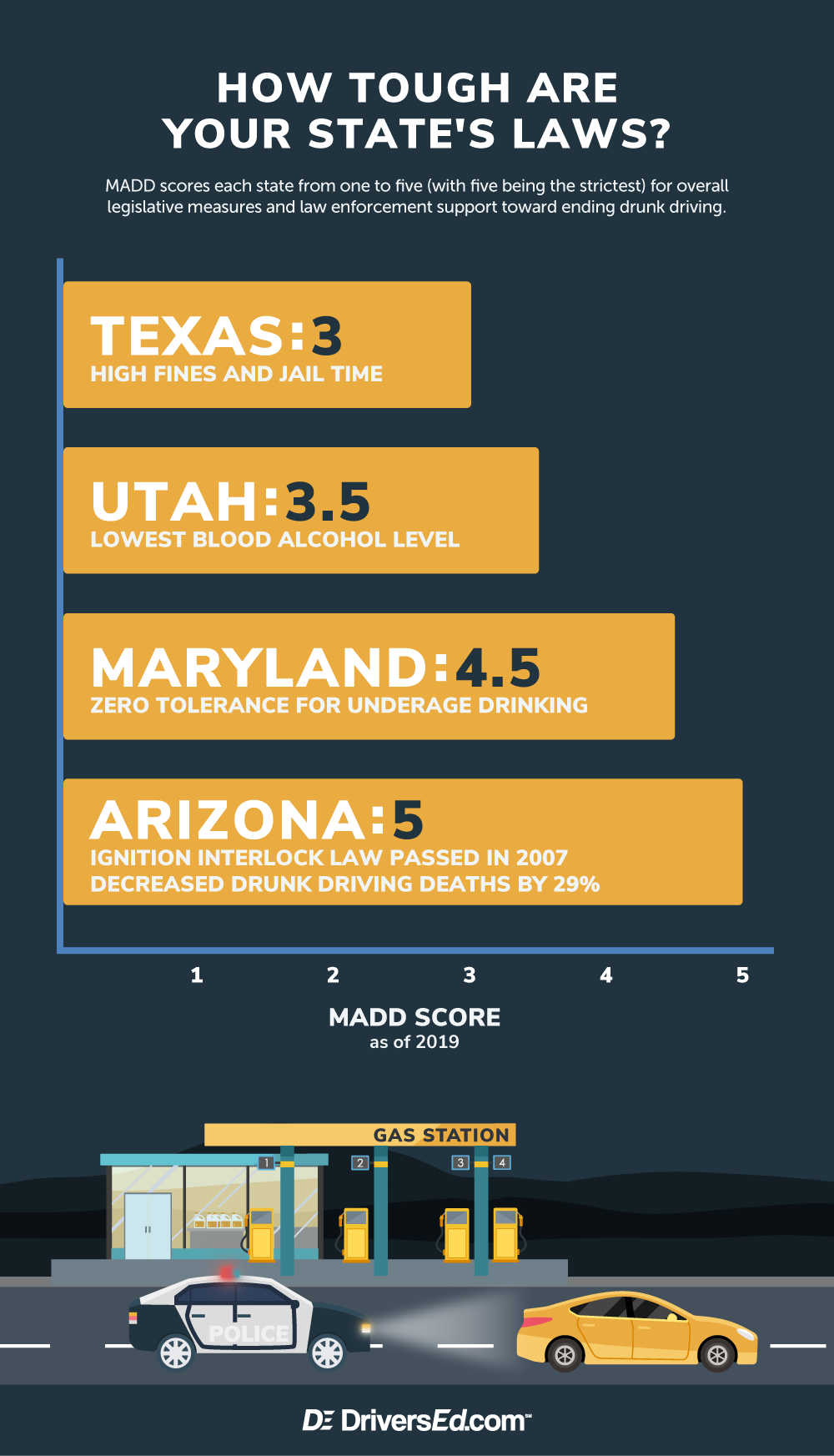 The bottom line: Teens (and drivers of any age) should have no amount of alcohol or drugs in their system when they drive.

What Can You Do to Eliminate Drunk and Impaired Driving Deaths?

As a driver, you have a responsibility to choose to drive sober each time you get behind the wheel. If you plan to go somewhere where you’ll be drinking, plan ahead for a designated driver, a rideshare, taxi or public transportation. If you are a parent of a teen, talk to them about the dangers of underage drinking and driving while impaired. Let them know it’s okay to call you instead of getting in a car with someone who’s been drinking or if they’ve been drinking or using drugs.

Impaired driving deaths are completely preventable. No one should have to experience the tragedy of losing a loved one in a senseless drunk or drugged driving accident. Together we can make the choice to be safe and keep others safe on the road.

The writing staff at DriversEd.com includes course designers and driving experts from all around the United States. They all aspire to inform, educate, and entertain our readers by providing industry insights and driving tips as a guide through the driving process.