The history of driving technology 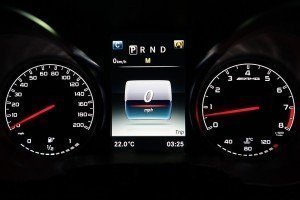 Here, we take a look at some of the driving technology and safety features we take for granted in cars today. You may be surprised to learn exactly when some of these common vehicle features were introduced.

1911 — Electric Ignition
It’s difficult to believe, but before this date, simply starting your car could actually be dangerous! Over the years there have been several ways to ‘fire up’ your car’s engine, including manually turning a crank handle and even using gunpowder cylinders. Thankfully, inventors took away the risk when they came up with the electric ignition, which was first installed in a Cadillac in 1911.

1930 — In-Car Radio
These days we take it for granted that we can listen to our favorite songs while driving. But, before 1930, in-car radios weren’t an option. This changed thanks to the Galvin brothers, but their invention wasn’t cheap; at $130 an in-car radio cost roughly a quarter of the price of some new cars!

1956 — Power Steering
If you didn’t have much upper body strength you might have struggled to turn the steering wheel before the invention of this vehicle feature. But, thanks to hydraulics, after 1956, bulging arm muscles were no longer essential to make it safely around curves. By 1960, around a quarter of vehicles were equipped with power steering.

1959 — Seat Belts
The single most important thing you can do when you get in your car is buckle up. Which is why it’s difficult to imagine a time when cars didn’t even have seat belts. Invented by Nils Bohlin, the seat belt first appeared on a Volvo in 1959, but it wasn’t until 1984 that U.S. states began passing laws requiring drivers and passengers to wear them.

1971 — Anti-Lock Brakes
The simple explanation of Anti-Lock Brakes (commonly referred to as ABS) is that they help a car to stop more quickly in slippery conditions. But before appearing in cars, ABS was first introduced on aircraft. By 1971, Chrysler and Bendix had developed what is generally considered the first true four-wheel version of ABS for cars. Other manufacturers soon followed and car buyers of today think of ABS as a standard safety feature.

1984 — Airbags
Manufacturers experimented with airbags before this date but it was around this time they became a common vehicle feature. Ford introduced airbags as an option in 1984 and, by 1988 Chrysler was fitting them as standard. This invention was literally life-saving as the National Highway Traffic Safety Administration (NHTSA) estimates that around 2,000 lives are saved by airbags every year.

1994 — On-Board Diagnostics
Finding out what was wrong with your faulty vehicle got easier from 1994, with the introduction of on-board diagnostics (OBD). OBD systems were first developed in the 1980s but the early versions required car mechanics to have a different tool for almost every vehicle make! By the 1990s a standard version had been created and soon became a requirement on new cars.

2000 — GPS Navigation Systems
While paper maps may still be readily available, the chances are you don’t use one to find your way on the road. These days we simply enter details of our destination into a GPS system, start the engine and listen out for the instructions! GPS systems were around before 2000 but it was only when President Clinton signed a bill in 2000 ordering the military to stop scrambling satellite signals that in-car GPS systems were born.

Today and Beyond
By looking back over the last 100 years of vehicle technology we can see cars have changed a great deal.

So, next time you get in your car, turn on the ignition without risking your life, listen to your favorite music, find your way using GPS, and know your journey is being made safer thanks to the invention of the seatbelt, airbags, ABS and other features, think about the many ways in which vehicle technology has developed to make driving safer and more comfortable for us all. Who knows what the future has in store?