Texas Defensive Driving: a Solution for Super-Commuters in Houston and Dallas 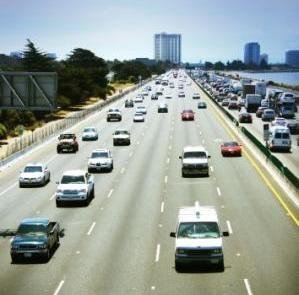 Many of us know firsthand that getting to and from work can take a lion’s share of our free time during the weekdays. Workers who spend the longest time on their daily commute are called super-commuters, and the majority of these live in the Houston and Dallas metropolitan areas. Can a Texas defensive driving course help super-commuters? And what other places in the U.S. does the super-commute phenomena occur?

The Rudin Center for Transportation Policy and Management at New York University says that the number of Americans classified as super-commuters has nearly doubled in many cities across the U.S. over the last decade due to the changing structure of the workplace, advances in communications, and the global pattern of economic life. Today the average super-commuter is a person with a higher-income job, younger than 29 years, traveling to work from a different metropolitan area often due to more affordable housing prices.

Not sure if you’re a super-commuter? Compare your daily route to the average national commute time with the interactive map below.

You can find the information by putting your zip code in or just zooming in on a particular area. Click on the Fullscreen button to enlarge the map.

Mitchell Moss and Carson Qing at the Rudin Center collected data from ten largest metropolitan areas throughout the country to identify the most popular areas for non-local working commutes.

According to the U.S. Census Bureau, nearly 600,000 Americans spend approximately 90 minutes/50 miles in vehicles, carpools lanes and trains and buses each day. The top places in the super-commuting challenge are taken by two Texas cities: Houston and Dallas, where more than 13 percent of workers–251,000 and 176,000, respectively–spend the greatest amount of time getting to and from work.

Needless to say that that much time spent behind the wheel, paying attention on the road and dealing with rush-hour traffic can cause commuters in stress throughout their long trip. Stress often provokes aggressive driving and leads a driver to make wrong decisions. And that’s where a  Texas defensive driving course can come in handy: you can learn how to keep calm, keep stress under control and avoid road rage. Also, with this online program, you can not only learn effective real-world techniques for stress management, but also get an insurance discount and clear a traffic ticket, if you already have committed a road mistakes on one of your super-commutes!