Teens often seem to have that in-one-ear-and-out-the-other mentality when it comes to expectations their parents establish for them. Should that deter parents from setting firm rules, especially when it comes to driving? Not at all! Teen behavior and sincere teen beliefs are two different things. Teens do respect their parents and do care about meeting clear expectations and guidelines. 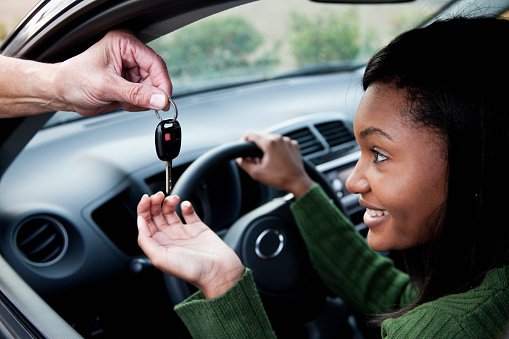 Setting clear guidelines and specific rules for teen drivers helps them drive more safely. It's more than common sense: fatal teen crashes decreased almost 43% between 2005 and 2015 because of increased parent involvement, according to the National Young Drivers survey. The survey showed that while teens may act like they don’t care about parent-established rules of the road, the expectations and structure that parents place on safe driving makes a difference.

“Kids who said their parents set rules in a supportive way were half as likely to crash compared to teens who saw their parents as less involved,” said Kenneth Ginsburg, MD, MSEd, an Adolescent Medicine Pediatrician at the Children's Hospital of Philadelphia, and co-author of the survey.

Along with Children's Hospital of Philadelphia and State Farm, the survey helped establish National Teen Driver Safety Week in 2007 to bring awareness to the primary cause of death for adolescents—motor vehicle crashes.

This year, National Teen Driver Safety Week runs October 21–27. During this time, safe driving organizations, schools, parent organizations, and local law enforcement agencies across the country are asking parents to stand firm in monitoring their teens’ driving performance and establish “rules of the road” to ensure their safety.

Your teen likely knows all these rules "in their head." Get involved—and improve their safety behind the wheel—by setting clear expectations for their behavior before you hand over a set of car keys. 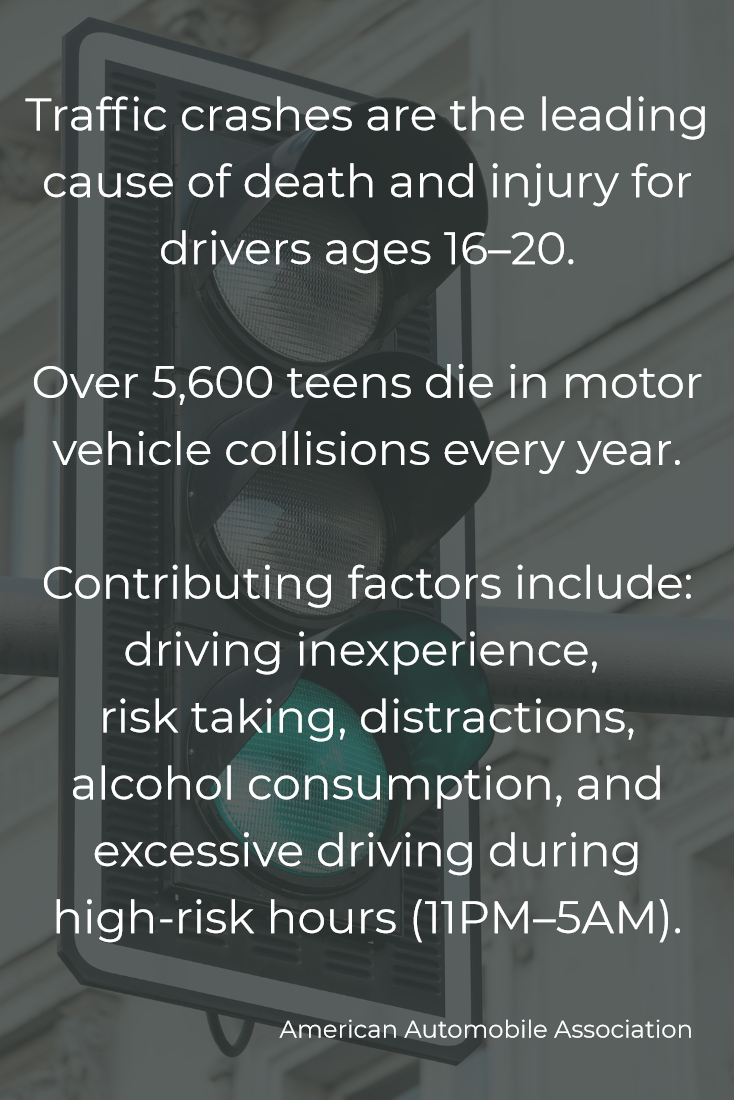 1. Put Cell Phones Away and Turn Off Notifications

Mobile devices are a huge cause of distracted driving, injuring more than 390,000 people and leading to more than 3,400 deaths in 2015. Behind-the-wheel smartphone phone use is highest among teens and young adults, according to the Department of Transportation.

If your teen needs to use their phone for navigation purposes, instruct them to turn off notification alerts on their phone before they get into the driver’s seat. This will prevent any text notifications from popping up while your child is using Google Maps, or a similar navigation app, to get to their destination.

Also, consider requiring your teen to switch his or her cell phone to “Do Not Disturb” mode before they head out the door. This mode can mute sound, stop vibration, and block visual disturbances. The feature can easily be activated on Android and iOS devices.

Speeding has been a factor in about 25% of teen injury crashes over the past 5 years, according to the American Automobile Association (AAA). AAA’s Skills of Novice Teen Drivers survey identified speeding as one of the top 3 mistakes teens make when learning how to drive.

3. Get the Right Amount of Sleep

The American Academy of Sleep Medicine recommends that teenagers sleep 9 hours to 10 hours per night, but 85% of adolescents get less than that amount on school nights, with 56% reporting that they get less sleep than they need.  The typical high school senior averages 6.9 hours of sleep on school nights—for a total weekly sleep debt of 10.5 hours! Sixteen-year-olds are involved in 5 times more fatal crashes per mile driven as are adults.  A sleepy teen behind the wheel is a prescription for tragedy.

Passengers making noise, "horsing around," or gesturing to get the driver's attention qualify as "distracted driving." Distractions and peer pressure are the primary reasons behind graduated driver licensing laws which prohibit passengers and limit driving until teens gain more experience behind the wheel.

This should go without saying, but even one alcoholic beverage can impair driving ability. The national drinking age has been 21 since 1984, long before teens and many of their parents were born.

It’s a simple rule, but it’s an important one. Most teens who lost their lives in auto accidents in 2015 were not wearing seat belts. At the same time, teens continue to be the age group least likely to wear seat belts, according to the National Safety Council. Once an accident occurs, it is too late to buckle up.

National Teen Driver Safety Week is one annual event that has shown results in fewer accidents and more lives saved. However, NHTSA reports that there is still a slight, upward trend in teen driving accidents between 2015 and 2016. Reinforce the rules to keep your teen safe on the road in the year to come.