What is Joshua's Law in Georgia? 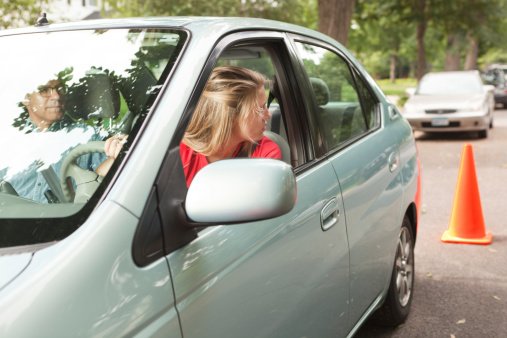 Assembly Bill 226, which was passed in Georgia in 2005, is more commonly referred to as Joshua's Law. The law applies to those who are applying for a Georgia driver's license, Class D category. This law is geared towards drivers who are 17 years of age, requiring them to complete an approved 30-hour driver education training course. The law also requires that 17-year-old drivers must:

For drivers who haven't completed an approved Georgia driver's ed course and supervised driving by the age of 17, they must wait until they turn 18 to apply for their Class D license. At this point, they're still required to complete the supervised driving hours with a parent or guardian.

*Note: As of July 1, 2021,Georgia now requires 17-year-olds to complete the drivers training according to Joshua's law, where it had previously only been 15 and 16-year-olds required.

Okay... But, Why Is It Referred to as Joshua's Law?

Joshua's Law was named after Joshua Brown, a teenager who died in the state as a result of a car accident that occurred in 2003. His parents worked with the state to pass legislation to increase driver safety amongst teenage drivers.

Sgt. Ben Finley, who is a driver's education instructor with John Creek's Police Department, notes the law serves as a reminder of the responsibilities of parents.

"Remember you are in charge, so if you don't feel your child is ready to drive, don't let them," he said in reference to parents monitoring their teenager's driving habits.

"We don't teach children to drive. We teach them about gun safety, but don't place a primary focus on teaching them the dangers of driving, which is a greater problem, and leads to a higher number of teen deaths annually."

In Georgia, the Class D license is a provisional license that a teen driver must have until they are at least 18. There are restrictions in place for Class D license holders. Among these are:

What Else Does Joshua's Law Do?

Apart from the requirement of an approved driver's education course, and the driving hours requirement, Joshua's Law also imposes stricter penalties for certain traffic violations and offenses. An offense such as a DUI will result in higher fees/penalties for drivers who are caught driving while impaired.

Joshua's Law is not only intended to protect underage drivers, but also keep the roads safer through proper training, driver's education, and monitored training. If you need help finding an approved driver's ed course in Georgia, DriversEd.com offers state-approved training courses. In addition to preparing students for their exam, you're also eligible for certain insurance discounts once completing the required course and training.

Get Started with your Online Drivers Ed Course Today