How Long After Taking Driver's Ed Classes Do You Have to Get Your License? 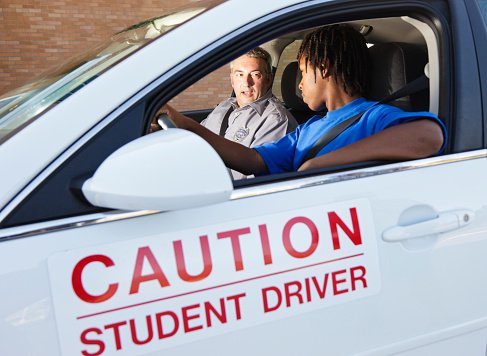 Each state has the power to set its own rules about when a teen driver can get their unrestricted driver's license. The first step in most states is taking the learner's permit written test. Teens can then complete one of the state-approved drivers ed courses.

Depending on the individual's learning style and state requirements, teens may be able to take a driver's education class through their high school, complete a course online, or take a private driver's education course through a local community-based provider.

After completing the driver's ed classes, teens must spend a certain number of hours driving with a parent or other approved licensed driver. Those requirements vary by state, as well.

How Driver's Ed Classes Work in California and Florida

In California, teens between the ages of 15 and 18 must take part in a minimum of six driving hours with a licensed driving instructor at a program approved by the California Department of Motor Vehicles (DMV). To get a driver's license, minors in California need to complete both driver's education and on-road driver's training. They are required to hold a valid instruction permit for a minimum of six months. Then, students can get their driver's license, no matter when they complete driver's ed classes.

In Florida, teens between 15 and 18 must complete a state-approved online driver's ed or attend an in-person driver's ed class. The state also requires a minimum of 50 hours of supervised driving time (10 of which are at night). Students must hold a learner's license for 12 months to get a driver's license.

For Some Teen Drivers, It's Better to Wait

Just because a teen driver can get a full driver's license, doesn't mean they should. Parents must consider state rules as well as the teen's comfort level and skill behind the wheel. They must also think about their geographical area and the challenges presented by heavy traffic, other drivers, and weather conditions.

Chris Riley, founder and owner of AutoWise.com, recently published his research team's findings of states with the worst drivers. Using geotagged Twitter data, they found that Florida is one of the scariest places to drive. Tennessee, Michigan, and Maine are close behind.

Data such as this also affect insurance rates in the area, which is a common thing overlooked by parents of teen drivers. "Before you give your teen the okay to get their driver's license, shop around for insurance," said Riley.

"Rates vary wildly between companies, but you also have to consider the company's reputation and how fast they pay claims. Getting a driver's license as soon as driver's ed is completed just isn't the right move for every teen or for their families."

He also recommends searching for an accredited driver's instruction program with a good reputation. "Look for a state-approved course that's also accredited by the Driving School Association of the Americas (DSAA)," said Riley. This trade organization works to reduce deaths and injuries from traffic accidents through driver's education initiatives.

Waiting a few months or even a year to get a driver's license after taking a driver's education class won't affect a teen's ability to get their unrestricted license. In fact, waiting could help reduce insurance costs and give teens the extra supervised driving time they need to feel comfortable driving solo. Keep this in mind as your teen works through their driver education programs specific to your state.