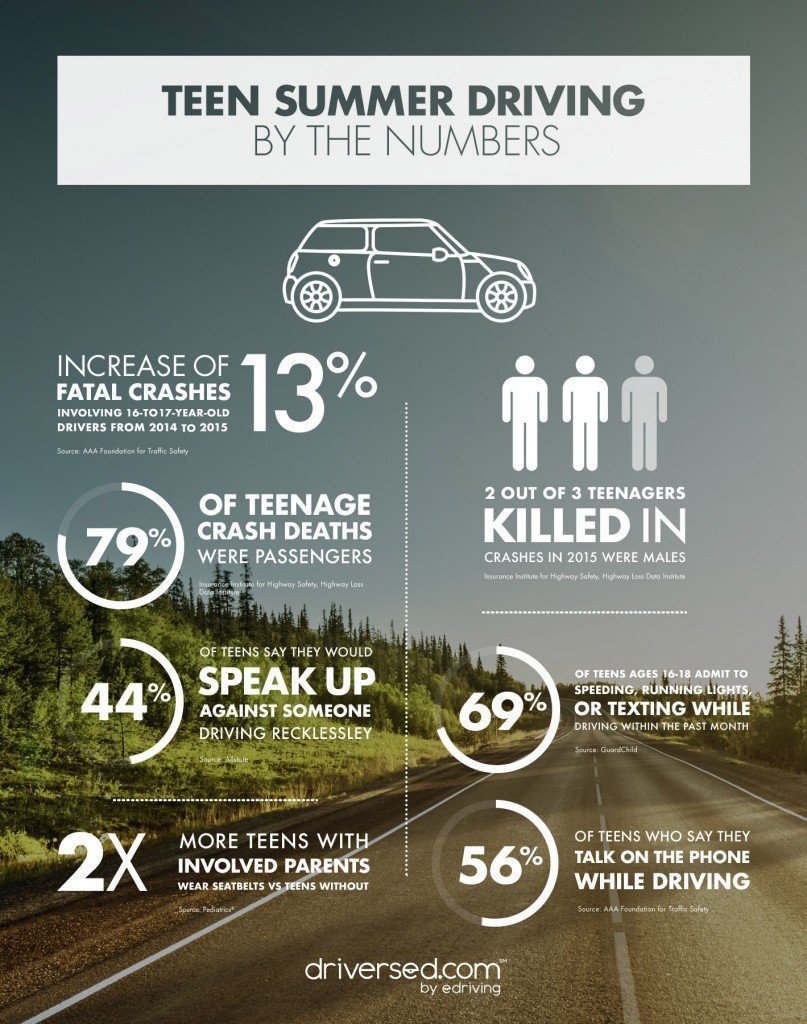 From grad parties to family trips, reasons to be on the road this summer are plentiful. But as your family — and your teenagers — get behind the wheel, realize that the summertime is the most dangerous time of the year for young drivers.

According to the AAA Foundation for Traffic Safety, the number of fatal teen driver collisions increases by 15% between Memorial Day and Labor Day. This means more than 1,600 people have been killed in summertime accidents over the last five years involving inexperienced teen drivers. And while it’s impossible to blame one specific trend or issue, GuardChild conducted a survey that may clue us in: 69% of 16- to 18-year old teens have admitted to speeding, running lights, or texting while driving during the last month. Now is the time to properly train — and monitor — your young drivers.

Making progress
There is some good news, however: Fatal teen collision rates are down. The number of fatal crashes per 100,000 licensed drivers dropped by 44% over the last decade for teens, compared to a smaller decrease of only 27% for the 35- to 40-year-old adult group.

“No one can dispute the fact that GDL is the most effective tool we have to address teen crash risk,” Fischer said, adding that at the same time, “an estimated one in three teens is not licensed by age 18. The cost to own and operate a vehicle, we know, can be significant.”

The not-so-good news
“Teens are still 1.6 times more likely than the comparison group, older adult group, to be involved in a fatal crash,” Fischer noted. “That’s down from 1.8 times in 2005, but it’s up slightly from 1.3 in 2013. We’re still seeing teens have a high crash risk.”

Distracted driving is one of the top factors involved in teen collisions.

Between 2007 and 2015 the AAA Foundation for Traffic Safety recorded more than 8,200 videos of teen driving incidents . After reviewing the footage, the foundation found:

In fact, passengers serve as some of the most dangerous distractions for young drivers — the risk of getting into a collision for the driver increases with each additional passenger. However, at the same time, only 44% of teens say they feel confident enough to speak up if riding in a car driven improperly by another young driver.