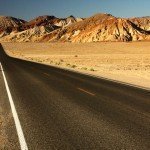 You know those movies where someone’s lost in the desert, desperate for anything that could slake their thirst? It’s a situation that always seems to reduce people to the same desperate condition: staggering, clumsy, unable to think clearly, even seeing things that aren’t there. Now, instead of alone on some sandy dune, picture this same parched person behind the wheel. If you were on the road, would you want to be anywhere near them?

Even though, like all movies, these scenes are exaggerated, they’re not as far from reality as you might think. In fact, even typical levels of dehydration can impair your mental clarity, focus and concentration, and reaction time. Being dehydrated can also give you headaches, impair your muscle function, make it harder to think, and put you in a bad mood.

If these symptoms sound familiar, they should: after all, they’re many of the same harmful effects of alcohol that make it so dangerous to drive drunk. So it should come as no surprise that dehydrated driving can be dangerous, too. In fact, new research has revealed that dehydration can impair a driver’s performance as much as having a BAC of 0.08%–the legal limit for drinking and driving.

The Facts About Dehydrated Driving

To determine the effects of dehydration on drivers, researchers at Loughborough University in Britain used a driving test that simulated two hours of monotonous driving with bends, hard shoulders, rumble strips, and slow-moving vehicles that the driver needed to pass. Participants in the study were tested twice. On the first day, the drivers were provided with about a cup of water every hour, while on the second they were given only a few sips per hour. 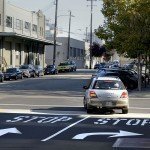 What the researchers found was that, when properly hydrated, the test group collectively committed 47 driving errors (such as drifting, late braking, and crossing the rumble strip or lane line). But in the dehydrated driving test, these same drivers committed 101 errors–more than twice as many as they did before! According to Professor Ron Maughan, who led the study, these results suggest that “ drivers who are not properly hydrated make the same number of errors as people who are over the [legal BAC] limit. ”

Keep in mind that these numbers only reflect the effects of mild dehydration, as participants did get a small amount of water to drink during the second test. Going a long time without drinking anything at all is likely to compromise your driving much more severely.

Give Yourself a Break

Before you leave on a long drive, do you use the bathroom and try to avoid drinking much water so you won’t have to stop on the way? While this might save you a little time, the truth is that you’ll have a safer and more pleasant trip if you take a break every hour or so. Taking a short break occasionally can help you: 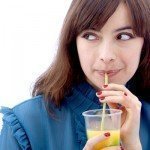 With summer approaching, it’s especially important to stay hydrated. On a 70 degree day, the inside temperature of a parked car can reach over 100 degrees in half an hour. Extreme heat can intensify dehydration and cause discomfort, light-headedness, and even heat stroke. On hot days, be especially sure you drink plenty of water or other hydrating liquids.

Keep in mind that not all beverages are equally effective at preventing dehydrated driving. Water, juice, and sports drinks are all good hydrators , while coffee, soft drinks, and other caffeinated beverages are more likely to dry you out. And of course alcohol will dehydrate you and amplify the effects of dehydration, severely impairing your driving ability!

This summer, make sure every drive is a safe and pleasant drive. Eat healthy, get plenty of sleep, and always drink enough water before you get behind the wheel.