You Know You're a Distracted Driver When... 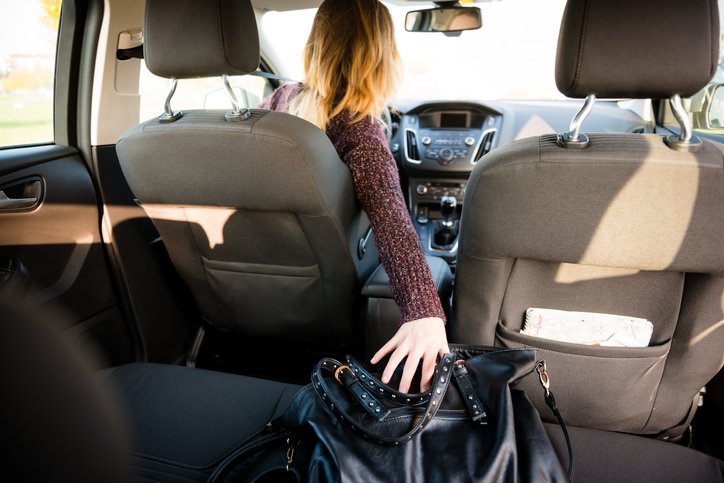 According to the National Traffic Safety Administration, nearly 400,000 people were injured in 2015 in collisions related to distracted driving. In 2016, more than 3,400 people died due to accidents caused by distracted driving. The hazard is shockingly widespread. According to the 2018 Driving Distracted in America report, conducted by DriversEd.com, more than half of 1,400 drivers surveyed admitted that they had texted while driving.

While you may avoid such obvious distracted driving behavior as texting behind the wheel, you may be a distracted driver nonetheless. Listening to audiobooks, eating a quick snack or even relying too much on your car’s driver assist capabilities could make you less than alert on the road. If you recognize yourself in any of the driving behaviors described below, you may want to rethink your approach to driving.

You Know You're a Distracted Driver When...

Many jurisdictions prohibit hand-held mobile phone use. However, according to a study presented by Shumul Haque, MD from Queensland University of Technology in Australia, described by Science Daily, hands-free mobile phone use is not really any safer. According to Dr. Haque, reaction time by drivers engaging either in hand-held or hands-free mobile phone conversations was more than 40 percent longer than the reaction time of drivers not using a mobile phone. The distraction was associated with the cognitive load required to hold a conversation, which was the same whether or not the driver was actually holding the phone.

2. You Carry on Conversations with Passengers

Chatting with passengers is another potentially hazardous driving distraction, according to Andrew Weil, MD, founder and director of the Arizona Center for Integrative Medicine at the University of Arizona and a well-known author. In his blog, Dr. Weil cited research from the University of Calgary in Canada that stated driving while talking to passengers had similar detrimental effects on reaction time, speed and distance control as talking on a cell phone. Dr. Weil acknowledged that it’s unrealistic to expect passengers and drivers to sit silently in the car.  However, he did suggest saving long conversations for a rest stop or the final destination.

3. You Record a Video While Driving 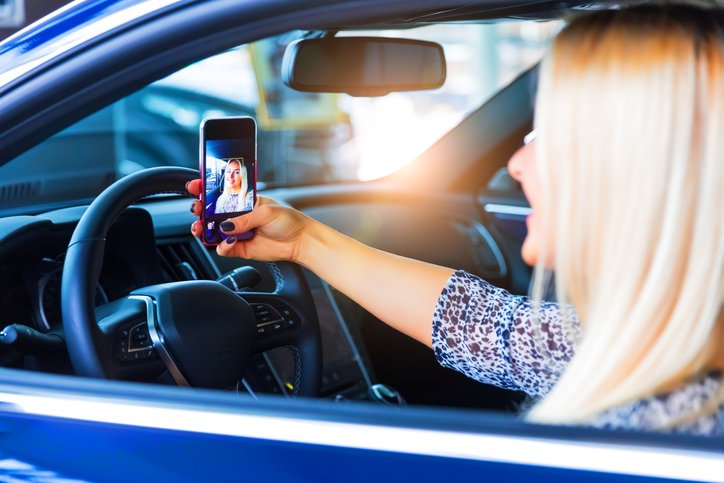 “Carpool Karaoke” from "The Late, Late Show with James Corden" does nothing to help curb this dangerous trend. Recording a video while you're driving is a huge, hazardous distraction, according to Jamie Wells, MD, FAAP, Director of Medicine, American Council on Science and Health. In an article on the ACSH website, Dr. Wells described a Twitter entry from 2020 Democratic presidential candidate Beto O’Roarke where he appeared to be driving while facing a mounted cell phone camera rather than the road. In the article, Dr. Wells emphasized that public figures like O’Roarke represent a powerful influence -- and that engaging in video recording while driving sets a bad and dangerous example.

4. You Use In-Car Infotainment Features

Voice-activated technology in today's automobiles allows drivers to accomplish a variety of tasks, such as getting turn-by-turn directions or updating social media profiles. However, such activities represent a potentially hazardous driving distraction, according to a report by the AAA Foundation for Traffic Safety. Using voice-activated technology while driving increases cognitive distraction while diminishing activity in areas of the brain associated with driving. In plain English, even just simple interactions with your car’s GPS system is considered risky behavior.

Many of today’s cars are loaded with sophisticated features, from assisted parallel parking and blind spot detection to night vision sensors and predictive braking. Some cars even have an advanced cruise control function. These futuristic capabilities are as game-changing now as seat belts and airbags were when they were first introduced.

But such features may provide drivers with a false sense of security, according to a recent Esurance survey. In fact, 29% of drivers with high-tech vehicles admitted to being distracted by their vehicles’ warning signals!  In any event, the presence of assisted driving technologies does not transform an ordinary car into an autonomous vehicle. Drivers of high-tech cars still need to keep their hands on the wheels and their eyes on the road.

Don't Be a Distracted Driver!