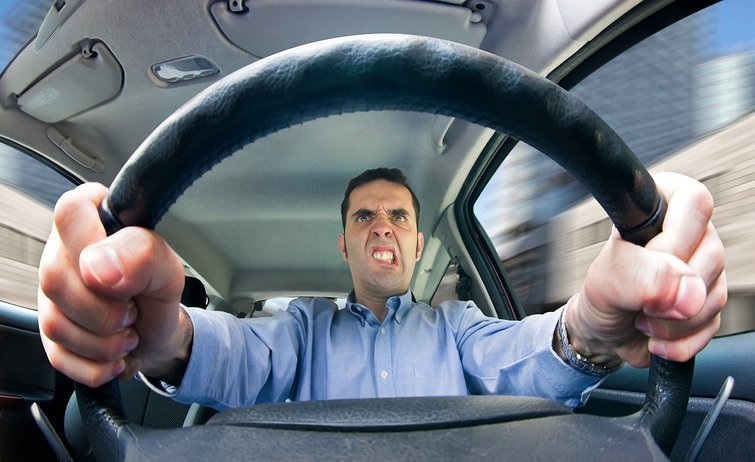 As a driver, you’ve likely run into road rage - figuratively speaking, we hope. Perhaps you’ve even been a road rage victim yourself. Unfortunately, road rage, also referred to as aggressive driving, is extremely common. So much so, the majority of drivers have driven aggressively at times.

Let’s be honest. Virtually all of us have glanced at the speedometer and realized we were going over the speed limit without even realizing it. But that’s not quite the same as thinking it’s the norm.

Over half of all drivers consider driving 10 mph over the speed limit to be perfectly normal, especially during rush hour. For the other 47% of drivers, this is seen as aggressive behavior, which can raise the stress level of even the calmest drivers.

Going 10 mph over the speed limit can easily be considered aggressive driving, and many police officers will give you a speeding ticket for it. Speeding and other aggressive driving maneuvers significantly increase the chances of a car crash. And the faster you are going when you collide the worse the collision is going to be.

As we just mentioned, aggressive driving increases your risk of being involved in a collision. But it’s a little surprising to learn that road rage is the cause of nearly 1 in 3 crashes. About a third of crashes can be linked to road rage behaviors such as speeding, changing lanes without signaling, tailgating and illegal maneuvers.

The National Highway Traffic Safety Administration (NHTSA) estimates over 94% of car crashes are caused by human error. And guess what? Aggressive driving falls into that category. Keeping cool behind the wheel is one of the easiest ways to prevent a collision that could have been avoided.

#3 - 50% of Drivers Get Aggressive With Road Ragers

Being the victim of road rage isn’t a nice experience. Many drivers don’t take it lightly and can become angered or anxious themselves. When that happens a driver is much more likely to make decisions they otherwise wouldn’t make.

Case in point, half of drivers admit to aggressive driving after another driver has done it to them. The most common responses are:

No one likes getting cut off or feeling the pressure of a tailgater that makes the road less safe. However, you don’t want to add to the problem by becoming one of those drivers yourself.

Unfortunately, instead of taking the high road, a small (but significant) percentage of drivers actually take road rage to the next level. How do these drivers respond? Some of the startling things drivers have done in retaliation to road rage include:

About 2% of drivers admit to actually attempting to run another aggressive driver off the road! The best thing drivers can do when they come across a road rager is to give them space and not take it personal. The aggressive driver is doing it to everyone else on the road because of the bad driving habits that they have.

You never want to provoke someone who is already driving dangerously for a variety of reasons. However, everyone reading this should always think twice before retaliating because the person could have a firearm in their car.

Over one-third of road rage incidents involve at least one driver with a firearm in their vehicle. The presence of a weapon can significantly raise the danger level, especially if tensions are already running high. It’s a danger not only for the drivers involved, but for other drivers and pedestrians in the area.

#6 - 66% of Traffic Fatalities Are Caused by Aggressive Drivers

Crash statistics have been reassuring in the last few years in terms of how many fatal crashes occur. It’s declining little by little, but around 40,000 people still die in car crashes every year.

Vehicles are safer than ever and more traffic laws are in place to protect drivers, passengers, and pedestrians alike. So why are the number of fatal car crashes still so high? As it turns out, no safety system in the world can protect you from an aggressive driver. Aggressive driving has been linked to two-thirds of all traffic fatalities.

Fatalities from a collision are bad enough, but some people lose their life over a road rage incident because one of the drivers completely loses their cool. Remember, 37% of aggressive drivers have a firearm in their vehicle.

Every year, around 30 murders are linked to a road rage incident. It’s the sad disastrous result of rage-fueled car crashes, the use of firearms to solve traffic disputes and even bringing the violence right into people’s homes.

You never know what someone else is capable of or whether they have a weapon. Play it safe and always let road ragers get by you so hopefully you won’t get caught up in their dangerous driving behavior.