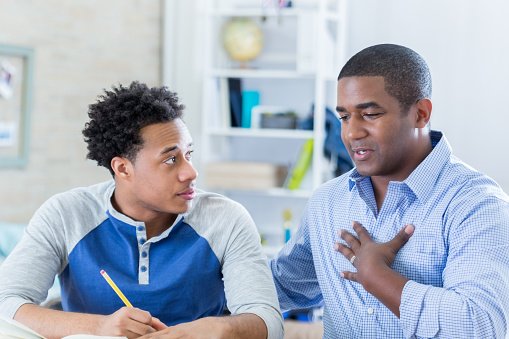 As parents, you often wonder at what age you should allow your child to start driving. Even if they're extremely responsible, you know there are so many dangers on the road. For this reason, it's best to start preparing them at a young age to establish the importance of road safety. Understanding the signs of drunk drivers, knowing which busy intersections to avoid, and teaching them responsive maneuvers to surprises on the road are solid foundations to helping your child become a safer driver into adulthood.

May is Global Youth Traffic Safety Month, and now is the best time for parents with teens to consider a driver's education or defensive driver's course for their child—especially as the start of the year's most 100 deadliest days to drive arrives at the end of the month.

There are many dangers drivers subject themselves to when they step behind the wheel. For example, auto accidents are the No. 1 cause of teen deaths each year. Some additional stats as it relates to teen drivers and dangers on the road include:

Understand What Contributes to Driving Fatalities

It's also important to understand the primary causes of accidents behind the wheel, so as to avoid the dangers. For example, the use of cell phones behind the wheel is a primary issue with teen drivers. Drunk driving and seatbelt use are also common issues that can put teens in danger if they're not properly prepared. Parents, you can play a primary example by teaching the right and wrong of these issues when they're starting to learn how to drive.

The sooner your teen learns of the dangers behind the wheel, the easier it is going to be for them to avoid such dangers. Furthermore, if you give them a solid foundation, and teach them the proper safety techniques to implement when driving, they're far more likely to be safer drivers when you allow them to drive.

Use this six-step checklist to teach your teens road safety:

Give Teens the Tools to Remain Safe Behind the Wheel

Teen accidents are the leading cause of auto deaths behind the wheel annually. Because of this, parents should understand that they need to implement several rules in their household, before letting a teen take the wheel. And, as a parent, you also have to serve as a primary example of safety behind the wheel. Your teen is going to mimic what you're doing, so if you are texting or answering the phone, you aren't doing much good in teaching them what a safe driver should look like.

Global Youth Traffic Safety Month is important for all drivers on the roads. And, it affects all families, even those who do not have teen drivers on the roadways. As a parent, teacher, or concerned citizen, it's important to understand the discipline that's required when stepping foot behind the wheel, in order to create safer roadways for all drivers, regardless of age or driving skill level.

The safer teens are behind the wheel, the fewer accidents and deaths we'll see behind the wheel in the coming years. Parents, step up and get your children to pay attention to dangers, and understand the hazards of distracted driving from a young age.