By Drivers-Ed Staff | Published: November 28, 2018
SAVE BIG on Auto Insurance!
Get a Quote 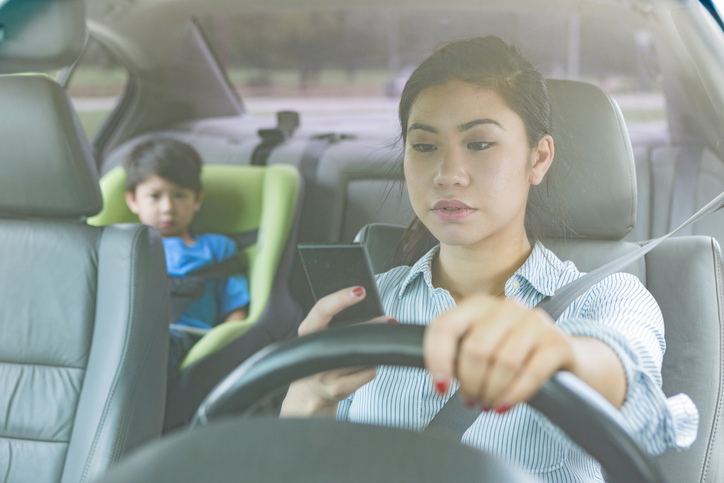 At DriversEd.com, your safety is our top priority—and so is your awareness of how your actions and behaviors may negatively affect you behind the wheel.

To better understand the current state of distracted driving, we conducted a survey of over 1,400 drivers in the U.S., and now, have released our 2018 Distracted Driving in America report.

“There’s an argument to be made that, in 2018, distracted driving is actually a worse problem in America than drunk driving,” said Laura Adams, spokesperson, DriversEd.com. “The fact that so many people are texting and driving is alarming, but not surprising. However, what is shocking is the millions of people who are watching Netflix and YouTube videos while driving. These drivers may as well be playing behind-the-wheel Russian Roulette.”

Some study statistics are extremely alarming: 41% of drivers admit to reading texts while stuck in traffic, while 11% of them said they have texted while moving in traffic. Additional statistics include:

A May 2018 report from the Governors Highway Safety Association found that in 2016, 44% of fatally-injured drivers with known results tested positive for drugs, up from 28% just 10 years prior. More than half of these drivers had marijuana, opioids, or a combination of the two in their system.

“The only solution to distracted driving is education, awareness, and individual initiatives,” Adams said. Parents play an integral role in shaping the next generation of drivers; even something as simple as putting all phones away while in the car can be an effective teaching mechanism. Utilizing coaching apps that also disable the phone while driving—such as Mentor for Families by eDriving®—is another safe and educational option to use to protect young drivers from developing distracted behavior.

Methodology
The 2018 Distracted Driving in America survey was conducted online using Survey Monkey. One thousand, six hundred twenty three participants were polled, spanning across the United States, with the U.S. driving population represented by the 1,406 respondents who, before completing the survey, answered that they have a driver’s license. The demographics of those polled represented a broad range of household income, geographic location, age, and gender.