Teach Your Child to Be a Good Pedestrian This Halloween 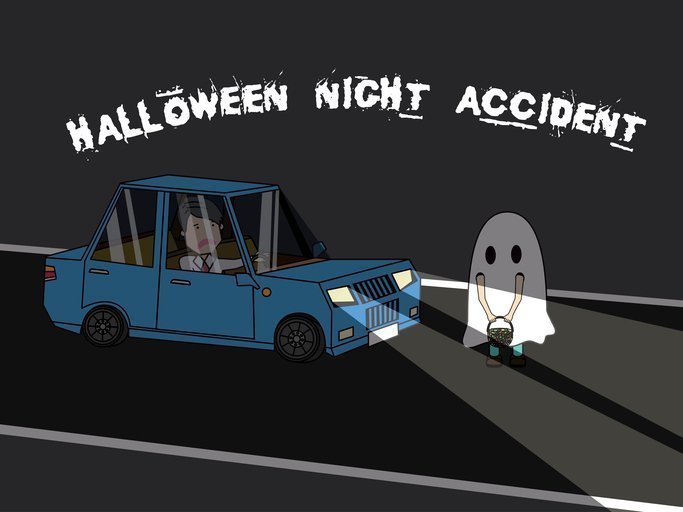 On Halloween once-quiet streets suddenly fill with bustling trick-or-treaters making their way from house to house. Although the night is for children to revel in costumes and candy, for parents and caregivers, making sure kids stay safe while going door-to-door can be stressful, and a challenge. Driving collisions are more common on Halloween, and children should take additional precautions when navigating the neighborhood.

According to Safe Kids Worldwide , children are more than twice as likely to be hit by a vehicle and killed on Halloween than on any other day of the year. The number of drunk drivers on the streets increases and so does the fatality toll. In fact, in 2012, 48 percent of all collision deaths on Halloween involved a drunk driver, whereas that rate is only 31 percent on any other day. According to the National Highway Traffic Safety Administration (NHTSA) , pedestrians counted for 28 percent of Halloween fatalities, double the rate of an average day.

A traditional nighttime celebration, the excitement of costumes, treats, and alcoholic beverages can set the scene for unexpected tragedies. Driving accidents occur most often at night, as it’s more difficult for drivers to see their surroundings. The escalating use of cell phones while on the behind the wheel has made roads more dangerous. The Federal Communications Commission states that there are around 660,000 drivers using electronic devices at any given time, and that figure is only growing. In 2015, the NHTSA found that distracted driving resulted in 3,477 deaths and 391,000 injuries.

So, before your children set out on Halloween to collect their candy, take advantage of these 5 child pedestrian safety tips: