Survivor of Distracted Driving Collision Shares His Story of Recovery

When Michigan resident Brandon La Forest was hit by a distracted driver in 2010, doctors said it was unlikely he would survive. He had suffered what medics called the worst brain and head injury possible. Despite those odds, Brandon persevered, and, following many painful years of recovery, now campaigns against distracted driving. Here, Brandon shares his story with DriversEd.com as a warning to others.

Can you tell us what happened on that day?
“October 5, 2010, is just a date to me that I have no memory of, but it is a date that forever changed my life. According to a coworker who was traveling with me [at the time], I had stopped my car on the I-96 expressway in Lansing as there had been a collision. While we were stopped, a car came from behind and hit my vehicle at 80 miles per hour. My car was pushed forward into the next, and then another car hit me at 70 miles per hour. Finally, my vehicle was hit from behind again. The driver who initially hit me had been distracted by a text .”

What injuries did you sustain?
“Original reports had stated that I passed away at the scene, but a nurse who was in her car helped to revive me. I was revived three more times in the ambulance by paramedics. After I had arrived at the hospital, I underwent emergency brain surgery. When my mom got there, they told her I had one of the worst brain injuries someone could have, and they did not expect me to live through the night. If I did, they said, I would be a ‘vegetable.’ 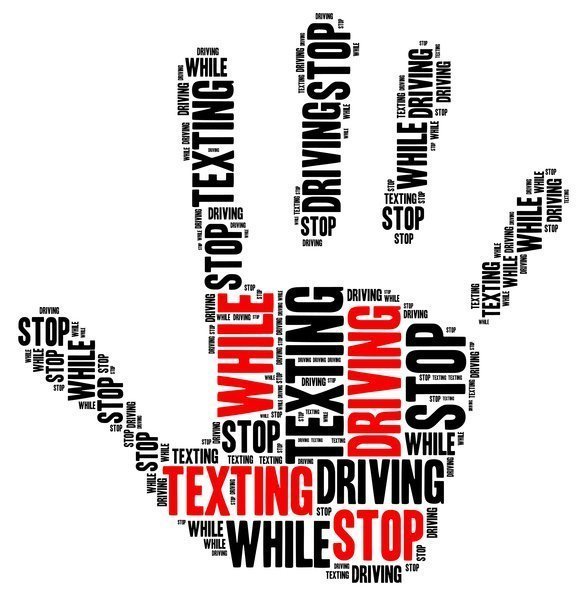 “I was placed on a ventilator and given a feeding tube, and a tracheotomy was performed. I was also battling critical injuries that included a broken back and neck; a damaged spleen that then was removed; and a collapsed lung; as well as stroke, seizures, neuropathy, shattered ribs, a blood clot in my leg, paralysis on my left side, and I had entered a coma.

“When people sustain brain injuries, hospitals assess an individual using the Glasgow Coma Scale , which is based on best eye response, best verbal response, and best motor response. The lowest score is 3 and the highest is 15. I was given a 3. I had no eye opening, no verbal response, and no motor response. Research shows that 87% of people with a best score of 3 or 4 after 24 hours will die or be in a vegetable state. Only 7% will recover with a moderate disability.”

Can you give us some insight into your journey through recovery?
“I remained in a coma for over a month…. In the end, I beat the odds, regaining consciousness and later upgrading to a brain injury recovery center called Special Tree in Romulus, MI.

“For almost seven months I lived at Special Tree and relearned the basics of life, from dressing and bathing to walking and talking. I also had daily therapy sessions including physical, speech, occupational, massage, therapeutic, and pool therapy. I also had counselling to talk about emotions I was experiencing, like depression, anxiety, and frustration. Most people who spend time at Special Tree never get the opportunity to leave. I was among the 1% who were able to leave, and on April 12, 2011, I was discharged–it was so rare that employees came in on their day off to wish me luck. “

How do your injuries affect you day-to-day?
“I suffer from short-term memory issues, hearing loss, daily constant pain, balance issues, depression and anxiety, vision problems, spelling deficits, sleep apnea, and urinary and bowel incontinence due to my brain not being able to communicate with my body.”

When did you start campaigning against texting and driving?
“Once I was released from Special Tree I told my Mom and sister that we had to start a campaign or organization that would go to high schools and share my story. At the same time, I wanted it to be a motivational speech for kids who are also going through a tough time with a deficit or a medical condition. In 2011 we created Heads Up Phones Down .”

What does “Heads Up Phones Down” do?
“On the website we publish any of my newspaper articles [I was featured in] and sell t-shirts and wristbands. The purpose of the merchandise is not to make money, but to help raise funds for our ‘Who We Help’ campaign. The campaign helps people who are going through a difficult time and may need some type of financial assistance to apply for help. So many people helped me in my recovery that I wanted to keep paying it forward to others in need!”

What happened to the driver that hit you?
“The driver who hit me was originally charged with attempted manslaughter but pleaded guilty to lesser charges and received a fine of $583.”