Smart Highways Glow in the Dark

Have you ever heard of smart highways? Would you ever want to drive on a road that communicates with you, telling about road conditions, lighting up the way, and illustrating when the weather changes? 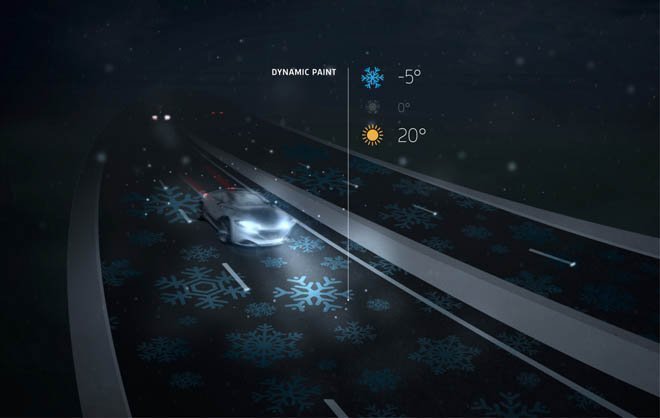 If so, you will have a chance to do that pretty soon. In mid-2013, some roads in the Netherlands will start glowing in the dark and the color of road lines will change, warning drivers about hazardous conditions.

The “Smart Highway” project was created by two Dutch design studios: Studio Roosegaarde and infrastructure management group Heijmans . Designers have developed special paint, which illuminates the roads in the night. The paint consists of photo-luminescent powder, which charges up under sunlight and glows for up to 10 hours when night falls. “It’s like the glow in the dark paint you and I had when we were children,” designer Roosegaarde explained to Wired.co.uk .

Just a little question that I couldn’t find the answer to: how will the paint charge if there is no sun for a few days in a row, which is a pretty common happening in the winter, right? 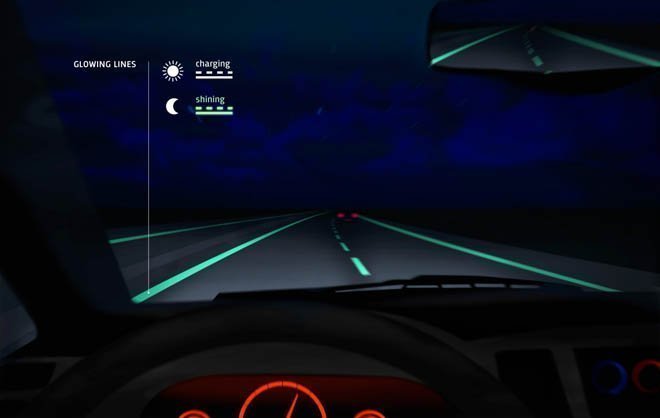 The paint is intended to replace the standard road markings and also will be used to paint colorful figures like snowflakes across the road’s surface. When temperatures drop down to a particular degree, these images will become visible, indicating that the surface is about to become slippery.

The new design’s goal is to ensure safety and efficiency: besides alerting drivers, these sustainable weather-indicating roads will also reduce the need of electric street lights. Glowing highways are expected to appear next year in the Netherlands, but the creators hope soon after to implement the idea in India and on the West Coast of the United States.

“It amazes me that most innovation in the west coast is screen based–I always imagined that technology jumping out of our screens and becoming part of our environment. It’s incredibly important we keep imagining what our reality is going to look,” said Daan Roosegaarde to Wired.co.uk

“Smart Highway” is only one of the many road-related projects that designers have already generated. Among other road innovations, there is also “Interactive Light” : sensors that detect an approaching car and brighten the light. “Wind Light” is the same idea of dynamic illumination when another car approaches, but this time based on wind-powered lighting. Another compelling idea is “Induction Priority Line” , which is able to charge electric cars as they drive. 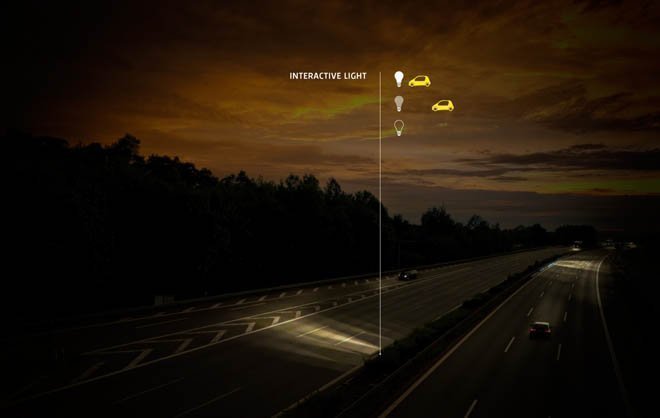 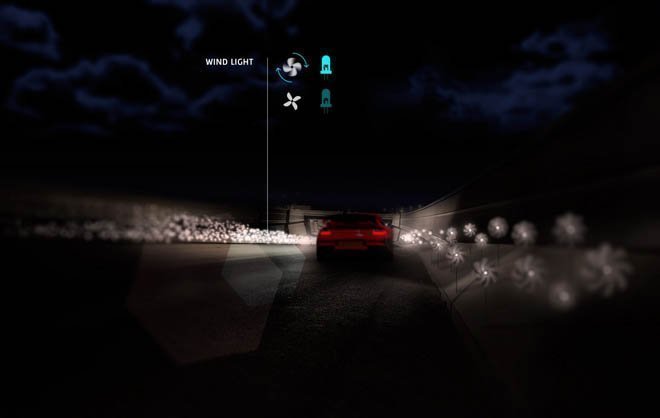 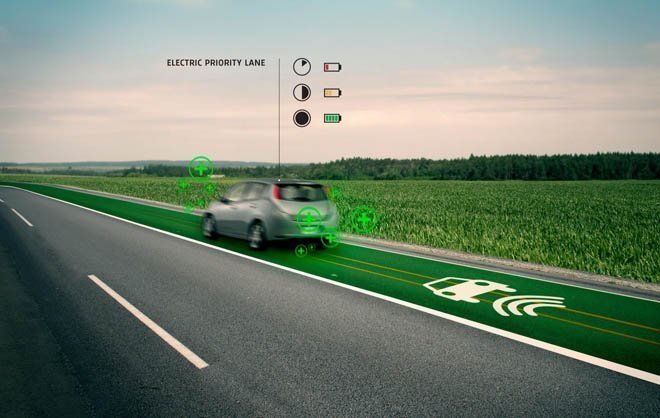 Honestly, I would look forward to living another couple of centuries, just to see where progress will bring us. I would be excited to see or, even better, to steer the wheel of a flying car–an essential element in all movies about the future. But the flying car is probably a slightly different story…