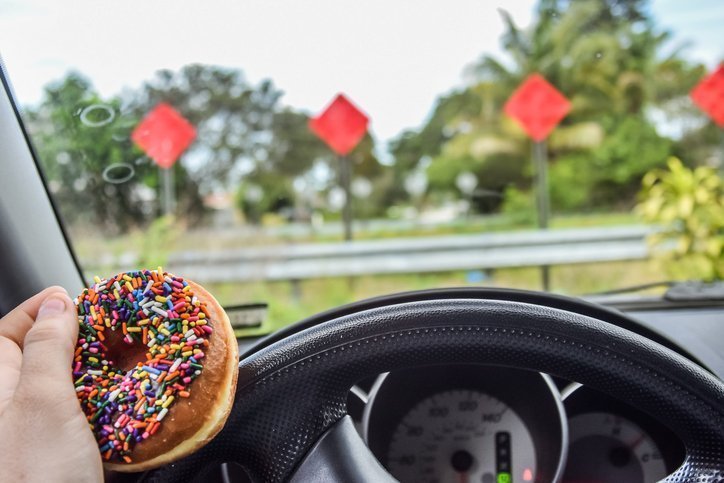 It’s National Donut Day! What better way to celebrate a Friday holiday than with circular baked goodness, right? Well, before you head off to Krispy Kreme – and trust us, we hate to be the bearer of bad news – know that donuts are one of the worst things you can eat behind the wheel. No, not because of their calorie counts – but because of the distraction they can cause.

It’s not just sugary donuts that can steal your attention from the road; experts have also warned against ingesting any of these food and beverage items while behind the wheel, though no distraction is a safe distraction. According to a Lytx study in 2014, a driver who is drinking or eating is 3.6 times more likely to be in an automobile crash than attentive drivers who are not eating or drinking while driving.

So today, in honor of National Donut Day, avoid eating or drinking these items while driving to give the road and surrounding drivers 100% of your attention: