Who sings behind the wheel? Where is the longest bridge on the planet? What’s the greatest number of tries ever needed to  pass the permit test ?  How many people can fit into a Smart Car? If you’ve ever wanted to know the answers to these random questions, you will like the following list of interesting facts about cars, roads, and drivers around the world. 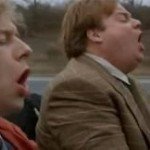 90% of Drivers Admit to Singing Behind the Wheel 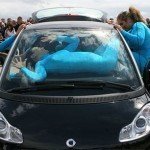 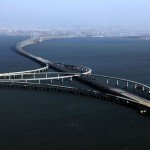 — Over 90% of car owners admit to singing behind the wheel. Do you think other 10% is telling the truth?

— The largest number of people ever to fit into a Smart Car is 19: they were Pakistani female students in 2010.

— The longest bridge over water is the Jiaozhou Bay Bridge in China, which connects the port city of Qingdao with an airport. Its length is 26.4 miles.

— The first Japanese car in the United States was the Honda Accord, manufactured in November 1982.

— An airbag takes only 40 milliseconds to inflate after an accident.

— The world’s longest traffic hold-up was between Paris and Lyon on the French Autoroute in 1980. It was about 110 miles long.

— The longest-lasting traffic jam happened in Beijing, China in 2010. Drivers were trapped in 62-mile line for over 12 days!

— Windshield wipers were invented by a woman.

— The first speeding ticket ever issued was in 1902, when most cars could barely reach 45 mph.

— The most produced car is the Toyota Corolla compact.

— The first rear-view mirror was used in 1911 by car-racer Ray Harroun–he didn’t have room in the car for a mechanic (part of whose job would be to look for cars coming from behind) so he found the way to mount a mirror.

— The city with the most Rolls Royce’s per capita is Hong Kong.

— The United States has the greatest amount of cars per capita.

— Oahu Highway road H-3 is the most expensive Interstate Highway ever built, on a cost per mile basis. Its final cost was $1.3 billion, or approximately $80 million per mile.

— Charles Creighton and James Hargis spent 42 days on a round trip from New York to Los Angeles in 1930 using only reverse gear. Two men drove in a Ford roadster, which was left running the entire time.

— In 2007 UK car accessories producers launched a “spray-on mud” product for SUV owners who rarely leave the city. Each bottle of spray consists of filthy water and can be applied to the car to create the illusion that you just drove from the countryside.

— The leftside ignition key in Porsches isn’t a design feature intended for left-handed drivers, it’s due to tradition: in the early days of the famous Le Mans race, drivers would run to their cars, jump in, turn the key with their left hand, push the clutch in with their foot, and put the car in gear all at the same time, thus resulting in a faster start.