Forget backpacks. The most important thing you can give your teen this school year is sleep 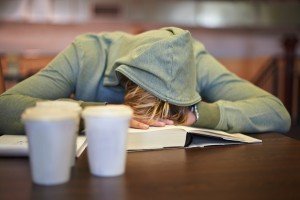 Parents, as you plan your teen’s upcoming school year, are you factoring at least eight hours of sleep into their routines? Sure, you’re buying school supplies and shopping for healthy lunches, but are you considering how their workloads and schedules will affect their quality of sleep, and thus, their safety behind the wheel?

Sleep deprivation has become so much of a deadly, national epidemic that it was the subject of an Aug. 23 webinar hosted by the National Transportation Safety Board (NTSB), entitled “Wake Up to Teen Drowsy Driving: Don’t Send Them Back to School in Debt.”

“When young people do not get enough quality sleep, they begin to accumulate ‘sleep debt,’” said Jana Price, PhD, a senior human performance investigator with the NTSB’s Office of Highway Safety. “This can result from a late night of studying, getting up early for sports practice, or fragmenting sleep by using a cell phone during the night. Sleep debt accumulates over time and, ultimately, can affect a person’s ability to think and perform, or safely operate a vehicle–this deficit, while a concern for all humans, is particularly risky for teens. Sleep debt is linked to high-risk behaviors, such as texting while driving, drinking and driving, and not wearing a seat belt.”

Prioritizing sleep
We know that crash rates rise with every hour of lost sleep . In fact, 17 consecutive hours of wakefulness causes a level of performance impairment equivalent to having a blood alcohol level of .05%. And whereas earlier research concluded that exercise, diet, and sleep comprised the recommended “triad of health” for teens, recent work and events have altered that prioritization.

“We really need to think of sleep in a different context,” said Terry Cralle, a nurse and certified clinical sleep educator who also served as a panelist on the NTSB webinar. “Sleep is now the foundation of health and wellness.”

Early school start times, work schedules, technology use, homework, extracurricular activities, and medical disorders all put teens at risk for sleep deprivation, which is why their sleep durations must be protected at all costs, Cralle said.

“Here’s a scary thought: When our performance degrades with sleep deprivation, we tend to not see it,” she said. “Saying ‘I’m doing fine,’ is a tricky thing that affects our judgement on how we’re doing and how sleepy we are.”

Practicing recognition
Educating teens to recognize the warning signs of sleep deprivation is also vital, the panel said during the webinar. While individuals who have consumed alcoholic drinks realize the warning signs that tell them not to drive, the same sort of realization must occur among adults — and teens — who feel sleep deprived but are still ready to get behind the wheel.

The webinar cited several examples of how sleep deprivation has played a role in vehicle incidents with teen drivers. One of which occurred on March 20, 2016, as four teens were traveling home from a weekend trip in south Texas. The driver’s three passengers did not survive the incident.

“At about 1:57 p.m. the driver crossed the center median, lost control of the car, entered the opposing lanes of traffic, and collided with a truck-tractor semitrailer,” Price said. “The driver was seriously injured and her three passengers died. NTSB investigators learned that, in the 24 hours before the crash, the driver had very little opportunity for sleep — only about 5 hours on the morning of the crash. The crash also happened at a time of day when most people commonly experience a dip in alertness and performance; in fact, the three passengers in the car were all either asleep or dozing at the time of the crash. We determined that that the driver’s loss of control was due to inattention resulting from her fatigue.

“What I think is interesting about this, is that teens know you shouldn’t drink and drive,” she continued. “But they don’t think about the sleep deprivation part. It makes me very sad to think these teens who thought they were choosing the right path, still ended up in a tragedy.”

Parents, here are four steps you can take now to enforce healthy sleeping habits among your teens:

The NTSB has placed fatigue-related accidents on its 2017-18 Most Wanted List , a collection of NTSB’s advocacy priorities. Visit the NTSB website to read research and factsheets on the epidemic.