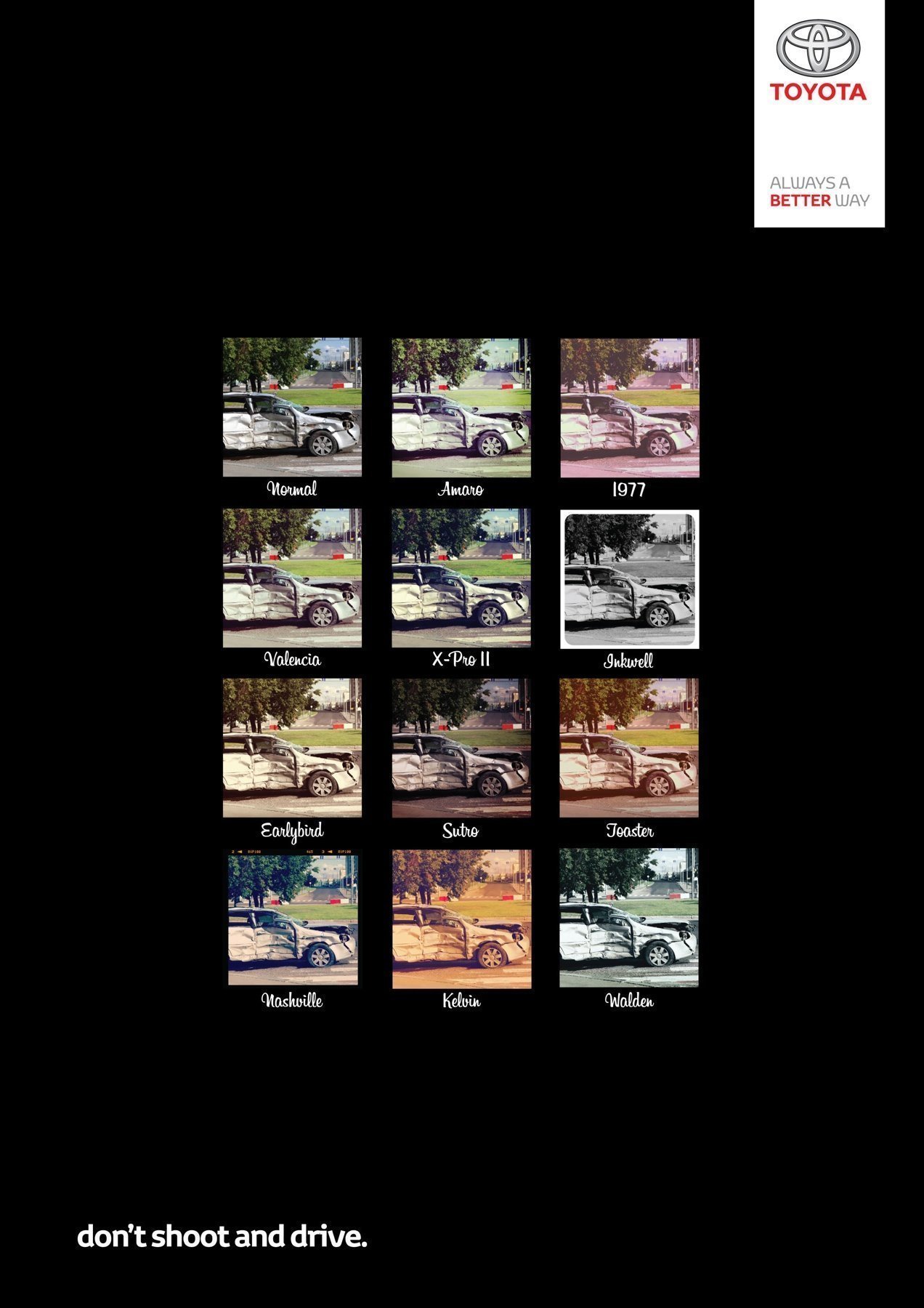 Toyota came up with the clever advertisement above to remind people that driving selfies can have devastating outcomes.

Lately, there’s been a lot of talk about people taking the art of smartphone self-portraiture to completely new and awkward places. Selfies at funerals , the 9/11 Memorial, or Auschwitz ? Yikes. Apparently, no setting is too private or sacred to serve as the background for a cheesy self portrait. And now people are even taking driving selfies and sharing them on Instagram and Twitter.

It may not be in the best taste to ham for the camera when you’re standing in front of a casket or the site of a devastating loss of human lives. But posing for a selfie when you’re operating a 2000-pound steel vehicle isn’t just potentially tasteless–it’s dangerous.

The number one activity that should be occurring while you are behind the wheel is driving. Hundreds of thousands of people are injured each year as a result of distracted driving and these injuries and deaths are entirely preventable. Put the camera down and wait until you arrive at a safe destination. Don’t let that driving selfie or video be the last photo you ever take.

It can feel like no big deal to whip out the camera for just a second, but it actually is a big deal. And it’s not worth it. Let’s take a look at the numbers to see just how dangerous driving selfies or taking any photos while driving can be. If you take a 2-second photo while driving at 60 mph, your car will travel almost 2 times the length of a basketball course while your attention is off the road. In the time it takes you to shoot just a 6-second video, your car would travel 1.5 times the length of a football field.

So, if you happen to catch a glimpse of your reflection while you’re driving and decide you want to document your perfect hair day to share with the world, wait until you’ve arrived at your destination. Until then, it’s best to toss your phone in the backseat and just focus on the drive.

And if you’ve just finished your driving lessons and passed your driving test, it’s understandable that you’d want to show off to your friends with a celebratory driving selfie. But instead of risking your new drivers license and your safety by pulling out your phone while you’re on the road, just snap a photo while you’re still parked in the driveway with the engine off.