Can you drive to school with a permit in California? 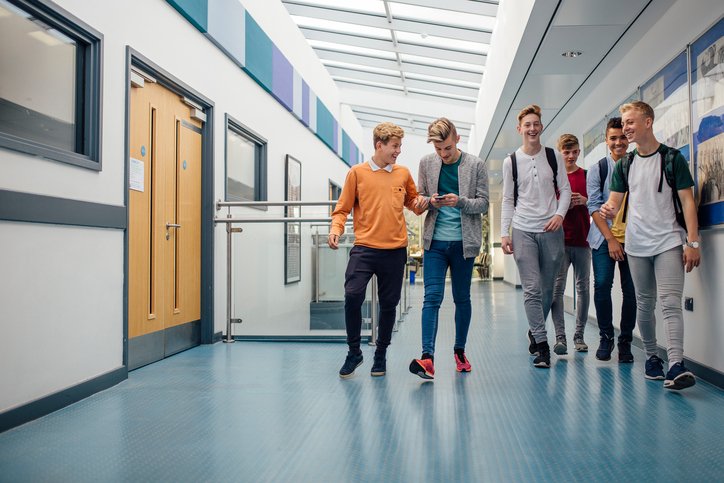 Your teen is almost driving age. As a parent, it's the last thing you want to think of. But, as they're nearing that age, or if they're already old enough to get their learner's permit, it's likely the discussions have already begun about them driving to school.

Like every state, California does have certain restrictions in place which limit when, how often, and who teens can drive around. Furthermore, there are requirements that they complete a state-approved California driver's ed program to enhance their driving skills before they're able to drive on their own.

How Teen Driving/Permitting Works in California

In California, the use of multi-stage licensing is utilized for teen drivers, who can apply for a provisional permit as early as the age of 15.5. To get started, a parent must visit the DMV with their teen and furnish proof of:

Now that you've given your approval and have the state's seal of approval, your teen can drive to school with friends, right? Not so fast.

When Can Your Teen Drive Alone with a Permit?

Before a 15.5-year-old teen with a permit can hit the road unmonitored, they'll need to first tackle several requirements:

Once your teen turns 16 and they've held the provisional license for a minimum of six months, parents have to go with their teen to the DMV and sign (under perjury) a document indicating they've completed the state's minimum requirements.

At this point, your teen can drive themselves to school alone. Restrictions are still in place regarding driving times. They can't drive between 11 p.m. and 5 a.m., and teens can't drive a passenger under 20 years of age (unless a 25-year-old adult is in the car). These restrictions remain in effect until they're 18 and obtain full driving privileges.

What the Statistics Say, and Why Restrictions Are in Place

Contrary to popular belief, teens don't get into crashes because they're not paying attention or they're texting — rather, it's because they are inexperienced. In 2017, over 3,200 fatal crashes involved teen drivers under the age of 20. Jean Shope, a researcher from the University of Michigan, believes many of these can be attributed to the teen brain still developing.

"If parents want to make sure teens learn to drive while they're teens, it's important to understand that developmental issues are still taking place," she noted. Because of this, reaction times might not be as fast as an adult. Mistakes will be made, and teens need to continue to drive in order to gain that on-the-road experience.

Help Your Child Stay Safe on the Road

The more experience your teen gains behind the wheel, the safer they are, and the safer others on the roadways are. As a parent, make sure you understand California's restrictions and rules and help your teen become a safe driver by enrolling them in the best online driver's ed California program.