Cyclists in Austin, Texas have created a campaign to engage the broader public with sticker art that humanizes riders. The campaign, “ Hello I’m a Cyclist ,” has already raised over a thousand dollars on Kickstarter. Austin’s cycling community sees one to two cyclist deaths each year caused by motor vehicles. In 2012, there were four cycling deaths in Austin due to drivers; three were hit-and-runs and two were caused by drunk driving, according to a cycling blog that tracks incidents.

A simple way to learn how to avoid hitting cyclists (not to mention, pedestrians, other vehicles, and runaway dogs) is to learn driving techniques from the best . We hope that most folks on the road took drivers ed at some point, but looking at statistics, it’s clear that many people either forget what they learned, push it aside when they feel that they’ve been wronged, or simply make mistakes time to time.

To combat unnecessary deaths, cyclists have used different campaigns for years to demonstrate that they have the right to the road. Unfortunately, some of the methods have only infuriated drivers more.

In San Francisco, hundreds of cyclists join for Critical Mass, a monthly ride around the city to raise awareness and demonstrate their rights to share the road. But the traffic caused by Critical Mass (sometimes drivers have to wait up to 10 minutes to pass one block during the rides) seems to further alienate drivers from the cyclists, and has even led to fights . 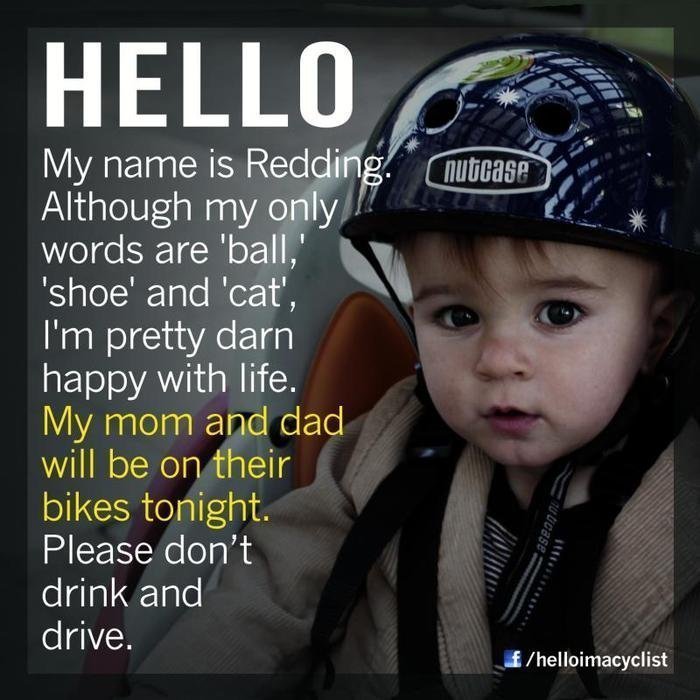 Perhaps the old saying is true, you really do get more bees with honey. So with  inoffensive, adorable (see above) stickers of cyclists and their family members, the Hello I’m a Cyclist campaign will be a warm, positive force for drivers and cyclists in Austin to realize that in spite of their differences in vehicles, they’re all just people trying to get around town and home to their parents, spouses, or kids.