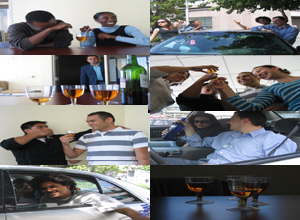 Perhaps the single most dangerous driving practice is driving while under the influence of alcohol and/or drugs. Defensive driving techniques and knowledge of the rules of the road simply cannot compensate for the serious impairment of driving while under the influence. Impaired drivers endanger themselves and others, and they risk severe legal and financial consequences. Sober driving is among the most important factors of safe driving. 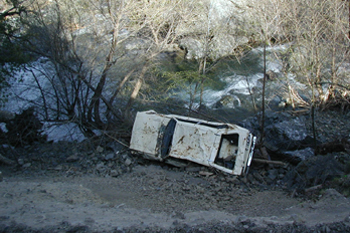 Everybody has probably heard the old slogan "Drinking and Driving Don't Mix." This statement is true. Drinking and driving is dangerous because drinking and/or drug use can substantially impair your judgment and reactions. Collision studies show that the higher a drivers intoxication level, the more severe his or her collision.

In each mile you drive, you make hundreds of decisions. Alcohol inhibits your ability to make safe and responsible decisions. For example, you have just stopped at a STOP sign. You see another vehicle approaching the intersection. You must quickly make a decision whether it is safe to go through the intersection. Under the influence of alcohol, you are more likely to make a wrong decision. Slower reaction time, coupled with poor decision-making could mean real trouble. It could lead to a collision that could have been prevented.

People drink alcohol to put themselves into a carefree, childlike mood. The problem is that you cannot turn it off when you drive home. Alcohol is a depressant. It first impairs your judgment. Next it impairs the brain center and senses, including taste, smell, sight, and hearing. It affects your motor skills: the movement of your hands, fingers, and legs all go in rapid succession, leaving you incapable of perceiving your surroundings or ability to drive. 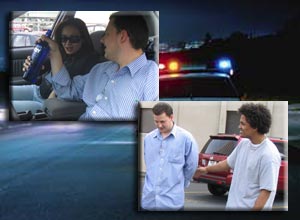 According to NHTSA, in 2006, there were 17,602 fatalities in alcohol-related collisions —41% of total traffic fatalities for the year. 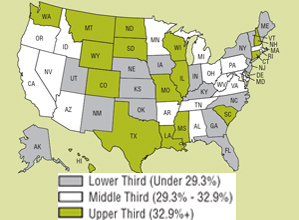 The graphic shows fatalities in collisions involving at least one driver or motorcycle operator with a BAC (Blood Alcohol Concentration) of .08% or higher as a percentage of overall fatalities by state. Source: National Center for Statistics and Analysis, 2006

Young people, who have less experience with both alcohol and driving, are at the greatest risk. In 2006, 19% of the 16- to 20-year-old drivers involved in fatal collisions had a BAC of 0.08%.