Why We Use Crash, Not Accident, When Talking About Collisions 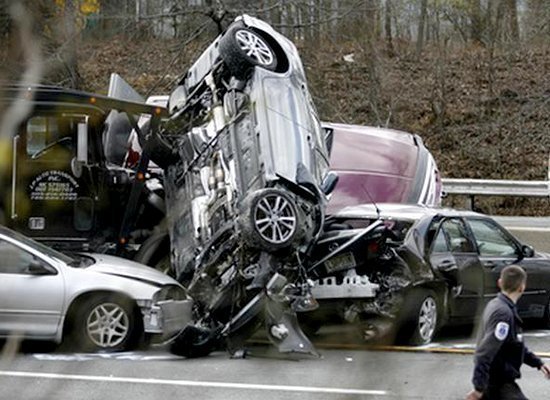 If you’ve ever had someone tell you about crashing their car, or if you’ve ever spoken about getting into a collision yourself, the conversation probably began with these words: “I was in an accident.” Whether it’s a story in the news or a personal anecdote, most people tend to use “accident” when talking about a crash. But for the past several years, we at DriversEd.com have made it an in-house policy to use “collision” or “crash” instead of “accident” in our courses , our promotional materials, and everywhere else we describe the dangers of unsafe driving.

The truth is, the use of the word “accident” to describe a crash can be very misleading. Few collisions are truly accidental. “Accident” describes an event that occurs by random happenstance, but the vast majority of crashes aren’t random. Most collisions occur because at least one driver makes a bad decision, performs the wrong maneuver, or isn’t paying attention to what’s going on. Frequently, crashes like these don’t have to happen–and if the driver were more focused on driving, they probably wouldn’t.

A lot of times when someone says something was an “accident,” what they mean is “that’s something I didn’t mean to do.” And to be clear, we don’t mean to imply that when drivers crash, they’re doing so deliberately–we just think it’s wrong to treat “accidental” and “unintentional” as though they mean the same thing. More accurately, an accident is something that just happens , a circumstance of fate that no one could have foreseen or avoided. But if a driver decides to read a text message, disregard posted speed limits, or get behind the wheel drunk, should anyone really be surprised if they get into a crash?

And in case you believe that crashes are caused just as often by truly random events like an unexpected mechanical failure or a hidden oil slick on the road, think again. According to the NHTSA, the main factor in 94% of collisions is driver error . To put that number into context, take a look at these statistics. Based on the sample the NHTSA studied:

In total, the study attributed over 2 million collisions to some form of driver error, including decision-making errors, attention-related errors, and maneuvering errors.

What You’re Saying When You Say “Accident” 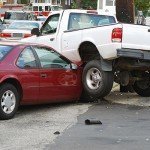 While accidents do happen, for at least a century the word has been a go-to for people trying to avoid responsibility for acts of devastation caused by their own negligence. Even before driving became part of the American way of life, factory owners were describing the consequences of shoddy work conditions and cheaply made equipment as “industrial accidents.” That the same term would come to be applied to driving mishaps shouldn’t be considered that surprising, given that it allowed vehicle manufacturers, road builders, and even drivers themselves to characterize crashes as arbitrary and inevitable–and thus avoid accepting blame.

The problem with the word “accident” is that, when spoken by an unsafe driver, it’s often used to mean “there was nothing I could do.” This kind of thinking can be very dangerous. Drivers who tell themselves that a crash was unforeseeable and unpreventable are letting themselves ignore their power–and their responsibility–to act in ways that will minimize the risk of a collision whenever they’re behind the wheel. 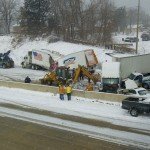 “As parents, we often tell our kids that ‘accidents happen’ when they drop a bowl of cereal on the floor or have a potty training mishap,” says Justin McNaull, a former police officer and long-time traffic safety advocate who leads DriversEd.com’s public affairs programs. “We say it so that they’ll feel better about themselves, instead of pointing out that this ‘accident’ could have been prevented if they had been more careful, communicated with us, or paid attention to their surroundings. On the roadway, though, the consequences can be a lot worse than tears, spilled milk, or wet pants.”

Consider the case of Kevin Roper, a driver for Wal-Mart who earned notoriety last year when he crashed the semi truck he was operating into a limousine ahead of him, killing the comedian James McNair and seriously injuring the actor Tracy Morgan and several other people. Even though early reports suggested that Roper had been awake for over 24 hours at the time of the crash, the driver took to Twitter to maintain his innocence, claiming that it was he who was facing unfair consequences “because I had an unfortunate ACCIDENT with the wrong car that night.”

Roper’s statement suggests a belief that the universe is at fault for putting a car carrying a famous person in his path. But according to the National Transportation Safety Board , not only had Roper been awake for over 28 hours, but he was also driving 20 mph over the posted limit when he collided with the limo. While Roper’s example is extreme, the faulty logic behind his attempts to limit his blame is characteristic of how the word “accident” lets people see collisions as misfortunes that happen to them rather than outcomes they frequently have the ability to change or avoid.

And when it comes to collisions involving bicyclists and pedestrians, “accident” has even been used by the police to let car drivers off the hook. For instance, after cyclist Mathieu Lefevre was killed in New York City in a hit-and-run crash, an NYPD spokesman maintained that, “There’s no criminality. That’s why they call it an accident.” (Indeed, in the early 20th century , when automakers wanted to shift the blame for car-pedestrian crashes away from drivers, they relied on the word “accident” to help them in their cause.)

Crash, Not Accident: A Growing Consensus 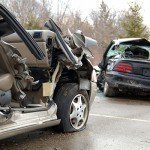 Fortunately, we aren’t the only ones trying to get people to stop using “accident” when describing collisions. We’re joined by a growing group of publications, government organizations, and other groups, including the NHTSA , the California DMV , the British Medical Journal , and the Journal of Traumatic Stress Studies . Even the NYPD has changed its policy, going so far as to rename its “Accident Investigation Squad” the “Collision Investigation Squad”.

Nevertheless, it’s still common practice among many media organizations to use the word “accident” when covering a story involving a major collision, empowering drivers like Kevin Roper and making it more difficult to build the political will to pass new laws or establish new regulations that may actually improve road safety. As a result, the advocacy groups Transportation Alternatives and Families for Safe Streets , as well as the organization Road Peace , have recently launched “ Crash Not Accident ” campaigns to encourage people to be more conscious of the words they use when describing a collision. According to Caroline Samponaro, Deputy Director of Transportation Alternatives:

As this statement suggests, the important thing isn’t necessarily finding someone to blame for every crash that occurs. However, what is crucial is that drivers stop thinking of crashes as random acts of caprice and always remember that paying attention, making the right decisions, and properly controlling their cars are all positive actions they can take to reduce their risk of getting into a collision.

“As drivers, we have a shared responsibility for what happens when we’re behind the wheel,” adds McNaull. “Even seemingly little things like the words we use can help improve the safety culture on our roadways to make driving safer and easier for us all.”