Who’s the Best Driver in Your Family?

Who’s the best driver in your family? It turns out that the answer may be trickier than you think! A few months ago, DriversEd.com ran an online poll asking people to answer this question, and the results were eye-opening. 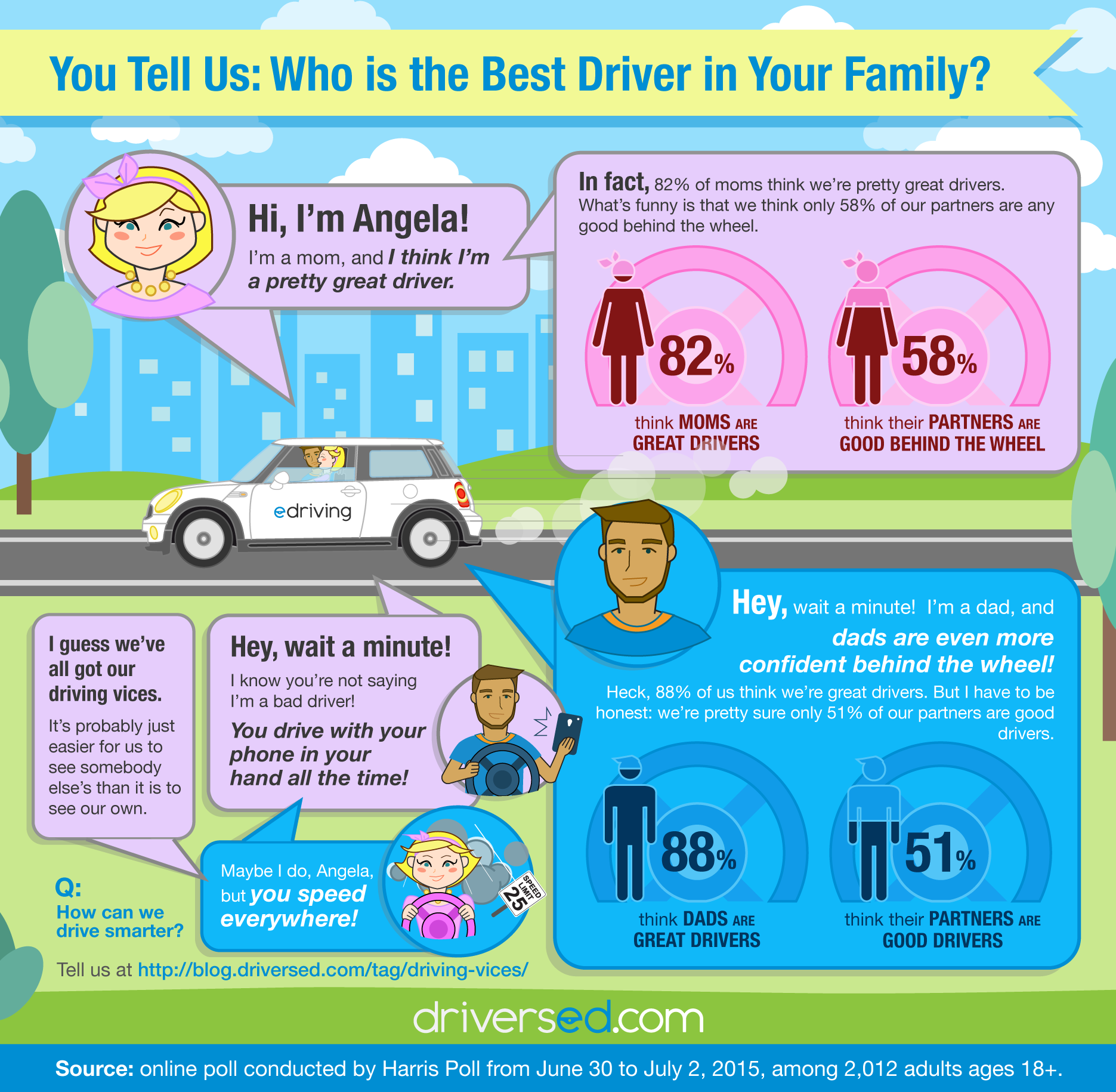 Who Is the Best Driver In Your Family?

The main factor is probably the Dunning-Kruger effect . This fascinating finding argues that most of us believe we’re simply more skilled than we really are, and this finding has been validated time after time, in carefully controlled experiments. But there seems to be something else also going on here, because the married participants rated their spouse / significant other as fairly or very good 85% of the time–exactly as often as adults in general (over-) rated themselves that highly!

It seems, in other words, that we’re not just judging ourselves as better than we are. We’re also overrating everybody we know! Our survey revealed that respondents judged themselves and their families to be “decent,” or average, drivers at about a 10% rate, and in every case ranking themselves and their families as fairly good and very good more often than ranking these people as “average.” This isn’t statistically very likely, of course–and it’s worth remembering that not everybody can be above average, no matter how much you love them!

Our best guess is that it’s just too easy to overlook what people are doing wrong in the car, at least when you’re there in the car with them! That means that it can just plain be hard to know who the best driver in your family is, without some external guidance. Try the following game to see if you can identify the best driver more accurately!

First, download and print out our DriversEd.com Best Driver Checklist . Take it with you when somebody in your family is driving. Rate them before the drive, and keep an eye out for the following bad driving behaviors: what we call our “Driving Vices.”

Anytime you spot your driver doing one of these things, mark it on the checklist and make a note of the circumstances, so you can talk about it later. When you’re safely at your destination, rate the driver again. Make a habit of this, and make sure every member of your family plays along: you just may discover that the best driver in your family isn’t who you thought–and you’ll almost certainly discover that everybody in your family needs to be just a little bit better.