The Best Defense: Preparing to Share the Road with Self-Driving Cars 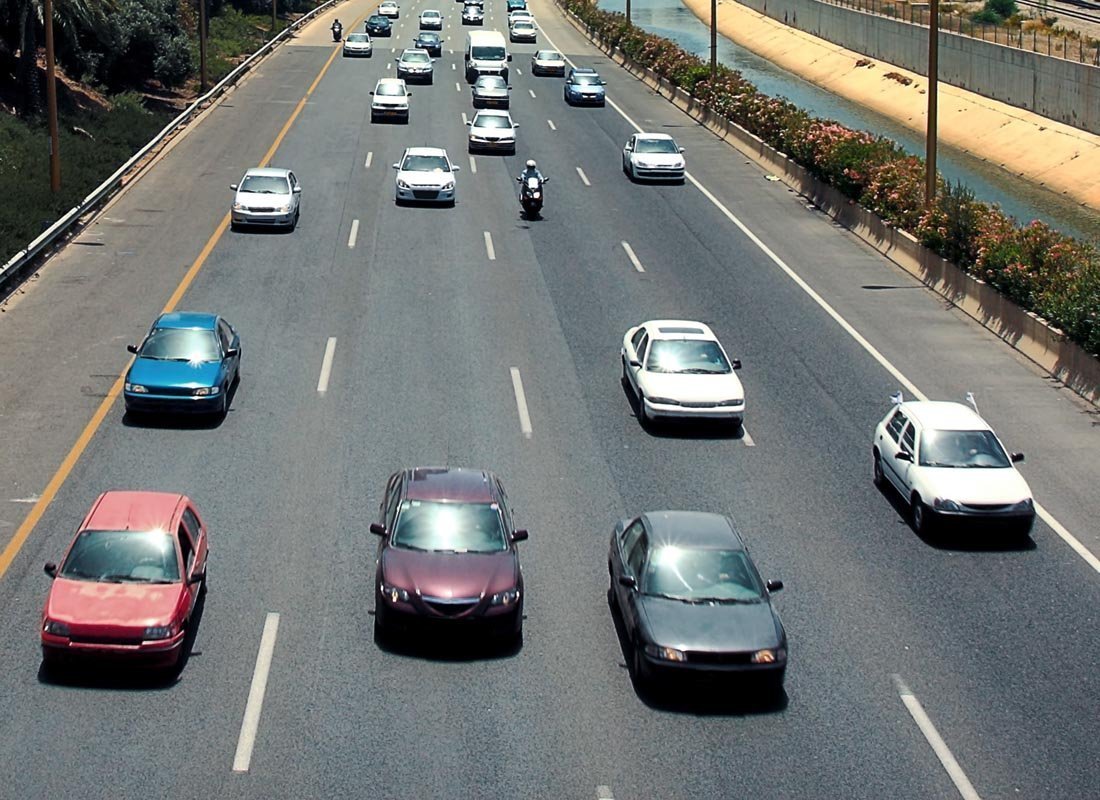 The promise of self-driving cars is that they’ll make the roads safer. Because they can constantly obey the rules of safe driving, avoid conflict by communicating with one another directly, and eliminate the potential for driver error, self-driving vehicles are seen by manufacturers, experts, and safety regulators as a game-changer when it comes to reducing the risk of collisions.

But how is this going to affect people who still prefer to drive? Will drivers be able to share the road safely with self-driving cars? Will we have to learn new skills or adopt new technologies if we want to stay in charge of our own driving experience?

One thing that even advocates of driverless vehicles admit is that the system will be safest when everyone is using one. For instance, Mary Cummings, director of the Humans and Autonomy Lab at Duke University, has suggested that, “The best thing that we could do is for everyone to get out of their cars today and have them all be driverless with no steering wheels tomorrow.” 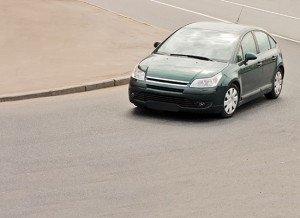 To understand why this is the case, we have to look at how the autonomous vehicle system is intended to work.

While the internal system will ensure that each car proceeds in a generally safe manner, it’s integration between vehicles that’s really the key to smooth interactions between everyone on the road. So as long as some people are driving and some people are riding in self-driving cars, there’s the potential for one type of traffic flow to disrupt the other (as this simple online game illustrates).

Due to these concerns, it’s worth asking what the roads will look like when people start adopting autonomous vehicle technology. Let’s consider some of the new risks we’ll be facing.

The Risks of Self-driving Cars 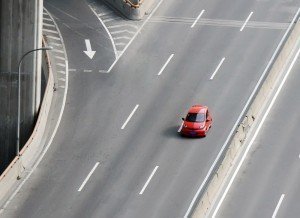 First, we’ll look at what the experience will be like for people who choose to switch to self-driving cars. There’s no doubt that, most of the time, letting the car do the driving will be safer than doing it yourself, as 94% of collisions are due to driver error . And because the computer guiding the car can’t get tired or angry or distracted, we can expect it to behave in a consistently safe way whenever it’s on the road.

In fact, the biggest risk these riders face may be from people who still choose to drive . Think about it: the most unpredictable thing about driving is drivers. If there were no drivers, you’d pretty much always be able to read the road and predict what was coming with ease. And if there were only connected, self-driving cars, no one would ever do anything unexpected and all vehicles would automatically adjust to the actions of others.

Unfortunately, full adoption of driverless cars probably won’t happen for decades, if it ever happens at all. For one thing, because people don’t know how well it’ll work, three out of four Americans are currently afraid of self-driving car technology, according to a recent survey by AAA. On top of that, most people won’t even consider a switch until they need to replace their current car. 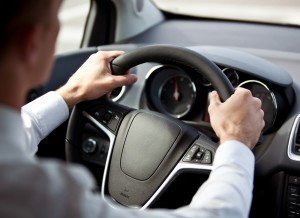 This is the reality behind the main source of disagreement between state and national regulators and Google, the leading developer of autonomous vehicles. As we’ve noted , the California DMV has announced preliminary rules that will require self-driving cars to be equipped with a steering wheel and brakes so the driver can take control in an emergency. Similarly, the NHTSA has announced  that, for now, these cars will only be acceptable if they meet current safety regulations, which also require driver controls in the car. (Thanks to these requirements, you’ll probably need a special license to operate a driverless car, even if you never actually drive it.)

Google, on the other hand, would prefer  to manufacture small driverless pods that lack these controls as well as mirrors and other design features that assume a human is in control. The reason for this is simple: should riders ever need to assume control from the car, they’ll actually be more in danger than they would have been had they been driving the whole time. In fact, because they’ll be less mentally prepared for a problem, they may not be able to shift their focus to driving in time to avoid a crash. Nevertheless, since other drivers will inevitably act unpredictably, having the ability to steer and brake is a must, as it could mean the difference between life and death.

In addition, connected autonomous vehicles will be much more vulnerable to hacking and system disruptions. After all, the more a machine relies on computer processors and Internet connectivity, the bigger a target it becomes for malicious hackers. This is a huge danger for anyone who would ride in a self-driving car – especially if the rider can’t take control in an emergency. And think about how often your computer or phone freezes and has to be rebooted. With driverless cars, it will be crucial for engineers to ensure that such disruptions are impossible.

A New Landscape for Drivers 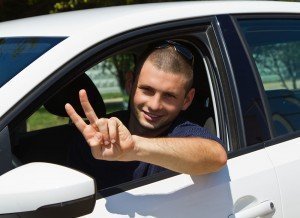 By comparison, while people using autonomous cars may not be as safe as they could be, human drivers should be relatively well off when this new category of vehicle gets on the road. Self-driving cars will be a new hazard, to be sure, but for the most part these vehicles will always travel at safe speeds and move in predictable ways.

One big loss for drivers will be the ability to use eye contact, hand gestures, and other subtle signals to influence the actions of another driver’s vehicle; moreover, in complex, hard-to-read situations, it may be more difficult to determine how a machine will respond than it would be with another person. Nevertheless, driverless cars will present less of a hazard than, say, a drunk or distracted driver.

The drivers who will have the most trouble are those who are already prone to problems on the road: inattentive, careless, and otherwise unsafe drivers who are used to counting on others to accommodate their mistakes. So far, the evidence suggests that the vast majority of collisions involving autonomous cars are the fault of the human driver in the other vehicle , and the consequence of the driverless car not expecting the error. Such human drivers will probably be much better off riding in a self-driving car than sharing the road with one.

However, if you’re already driving defensively by scanning the road, predicting potential problems, and adjusting your speed and position for safety like you’re supposed to, you should have no trouble dealing with autonomous vehicles. In effect, they’ll just be another kind of road user to share the road with, like large trucks, motorcyclists, and pedestrians. As long as you’re paying attention to how these cars are acting, you should have no difficulty figuring out what they’re going to do next and responding safely.

A Glimpse of the Big Picture 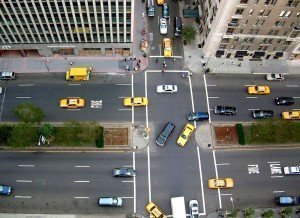 So far, our discussion has assumed that the system of roads that drivers and autonomous vehicles will be sharing will look more or less the same as the system we have now. But that may not be a safe assumption to make – especially in the long term as driverless cars become adopted more widely.

In particular, as driverless cars become more popular, there may be calls to reconsider current traffic laws and road designs with this new type of vehicle in mind. Such changes could have the potential to make the roads more difficult to navigate for those who still prefer to drive, just as pedestrians found themselves marginalized as road users when people started driving more and more.

Will we have to have two separate road systems, or will some streets be designated for driverless cars only? Will drivers have to install connected-car technology in old vehicles so they can communicate with self-driving cars? Will new traffic laws be adopted that give autonomous vehicles new privileges, or that take existing privileges away from drivers?

Ultimately, at this point, it’s too soon to say just how deeply the adoption of self-driving cars will affect the experience of drivers behind the wheel. But there is one thing we can say for sure: as long as you keep driving in an attentive and responsible manner, you’ll have a much better chance of responding safely to whatever comes your way on the road.