Should I buy a beater for my teen driver?

I was sitting behind the wheel at GM’s proving ground in Milford, Michigan getting a demonstration of the automatic emergency braking system the car manufacturer plans to make standard on all light vehicles by 2022 . Fighting my reflexes, I piloted the vehicle directly toward an unforgiving obstacle, kept my foot away from the brakes, closed my eyes, and hoped that when I opened them I would not be in the hospital. The car slammed on the brakes and stopped itself inches from the wall. Thrilled to be still alive, I wanted to buy that car on the spot. Not for myself. For my son Cole who, at the time, was eighteen and a cocky but inexperienced driver. This automatic braking feature seemed like the Fairy Godmother I had been looking for. 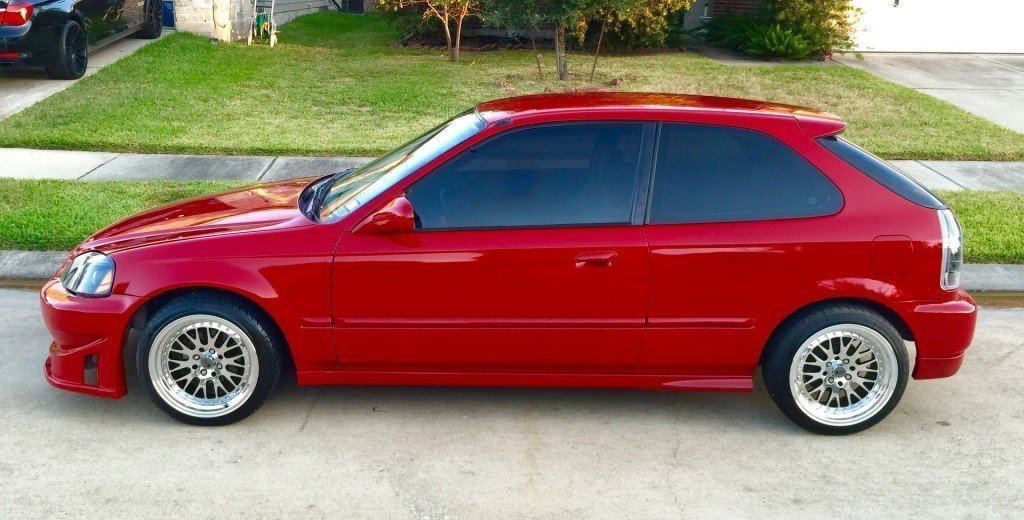 Unfortunately, buying a new car clashed directly with my budget. I had offered to match any funds Cole saved toward a car in order to make a car more attainable for him, teach him the cost of things, and give me time to save. This meant, of course, that he was eyeing the cheapest cars he could find. I had worried about this because I know old cars can be death traps. I have watched all the scary old-car test crashes on YouTube. Humans did not fare well in crashes before the invention of safety technologies. This safety feature — and others such as lane guidance, blind spot awareness, high speed alert, and pedestrian detection — were tempting me to be a more indulgent parent. Should I buy him a car to get the safety features I wanted him to have or let him buy the beater with the price tag of his dreams?  I tried not to overreact. As long as he was saving and shopping, I had time to consider.

According to the Insurance Institute for Highway Safety (IIHS), the new features tempting me — in particular automatic emergency braking and forward collision warnings — do save lives. Every year, they reduce crashes by twenty percent, prevent 66,000 serious crashes, and stop 879 fatal crashes. The IIHS estimates that if all vehicles had these crash avoidance technologies, 1.9 million crashes – including the one in three that are fatal – could be prevented or mitigated, assuming the systems worked perfectly. Because they are new though, many of these technologies are available only in relatively expensive cars made in the last few years. And that meant that buying one would entail adapting to a sticker price much higher than either Cole or I had budgeted for. That would also mean higher insurance.

Fortunately — for our budget – in-car safety equipment is not a new concept. In fact, the most important safety features in cars — electronic stability control, air bags, and ABS brakes – are required equipment and have been for so long that most of the used cars Cole was considering had them. “For teenagers buying a first car,” says Keith Russell Regional Director of Business Development and Operations for DriversEd.com. “A low cost vehicle is attractive. But this isn’t a problem as long as the vehicle has ABS Brakes, Electronic Stability Control and a full complement of air bags. These items are the most important additions to our vehicles in the last fifty years. They will aid any skilled or trained driver to avoid a collision and maintain better control of their vehicle in adverse situations.” The IIHS agrees, adding that teens should stick to heavier, slower cars as well as those with high safety ratings and they should avoid cars with lots of horsepower. The IIHS has pulled together a comprehensive list of the safest used cars on the road.

Driver education is just as important when it comes to preventing crashes. Many of the crashes teens get into happen because they are inexperienced drivers and so make poor decisions under pressure. This is why most states have a graduated license program to keep distractions and dangerous driving to a minimum when they are learning. But signing Cole up for driver’s education, where a professional driver would show him how to handle emergency situations, was well within our budget. And DriversEd.com offers plenty of ways for him to get schooled.

I still like the in-car Fairy Godmother idea. And, if I had limitless funds, I would probably buy a car that sported such things. In fact, if I had limitless funds I would spring for adaptive cruise control, too, because it makes driving in the bumper-to-bumper traffic that is so prevalent where live much easier and safer. But I live in my own reality. And my son is headed out into the world in his (not filthy rich) reality. I would love to pack him in bubble wrap, put him in a car that will cover for his mistakes, and guarantee a perfect outcome. But this has been true since he was learning to walk. So I guess I will let him learn to rely on himself and keep right on saving for a car.