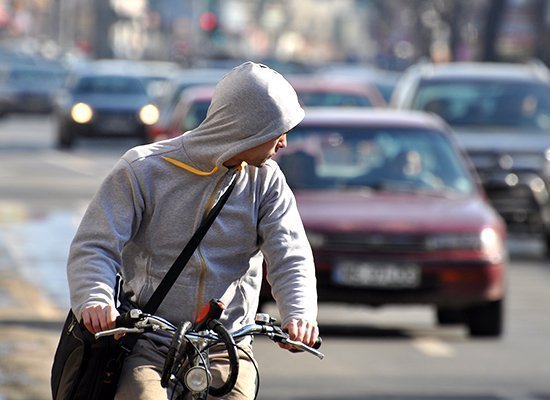 In cities and towns all over the country, more and more people are using bicycles to get around. If you think about it, this should come as no surprise: they’re lightweight, portable, and inexpensive–and to use them, you don’t need to have an insurance policy or buy gas all the time, either! But though bicycles promote fitness and have a low impact on the environment, some drivers still believe that bicyclists don’t belong on the road.

One thing we need to clear up right away: across the U.S., bicyclists are allowed to use most of the same roads as car and truck drivers (though bikes are generally not allowed on freeways and interstates). In every state , the law specifies that bicycle riders have the same rights and responsibilities that drivers do. This means that bicyclists must obey STOP signs and red lights ( except in some states ), pay attention and signal their intentions to turn, and never ride while intoxicated. It also means that drivers must be prepared to yield to a bicyclist in any situation they’d yield to a driver. 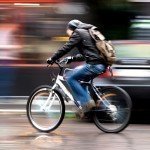 Now let’s address some other misconceptions about bikes:

Nothing about a bicycle makes it intrinsically more likely to cause problems on the road than a car. The truth is that bicyclists kill far fewer people, cause fewer delays, and break the law no more regularly than the drivers of cars and trucks. As long as a person obeys the law and remembers their responsibilities to others on the road, what difference should it make what kind of vehicle they use?

If you need any more evidence that bicyclists are some of the safest road users out there, consider this: for the past decade, the number of bicyclists killed each year has consistently been between 600 and 800 people , even while the number of people using bikes to commute has increased by over 60% nationwide !

Nevertheless, it’s our responsibility as drivers to help get these numbers even lower. Remember, a car weighs about 200 times as much as a bike, so if you hit one, it’s the rider who’s likely to be seriously injured. Bicyclists and cars are most likely to collide when the driver is passing or turning. To do your part to share the road safely, you should:

As drivers, we’re more used to sharing the road with cars and trucks and may naturally find it easier to be tolerant of mistakes when it’s another driver, rather than a cyclist, who makes them. But even when a cyclist is riding unsafely and slowing down traffic, we have a responsibility to share the road patiently. A calm and courteous attitude will help you avoid a collision that could cost you your license–or that could cost someone their life.