When we “spring forward” and Daylight Savings Time begins in mid-March, we all seem to struggle when we lose that precious hour of sleep. And there’s a reason for that: our internal clocks are resetting to the new day-night cycle Daylight Savings Time brings. But as we’re pouring that extra cup of coffee or grabbing that energy drink to stay awake, we need to remember how this grogginess and disorientation can affect us when we drive.

So, there isn't a consensus that the week that Daylight Saving Time begins is significantly dangerous than any other week. But it does make drivers a little more vulnerable to driving hazardously if they have any sort of sleep debt or sleep disorder.

It’s All About Sleep

Being a sleepy driver can be dangerous; our reaction times, alertness, and awareness become impaired after a night of little sleep. In fact, the risk of getting into a car crash increases by three times. Jenny Burke, Senior Director of Advocacy for the National Safety Council, said that drowsy driving is a factor in 13% of all car crashes.

“Losing even two hours of sleep from your normal eight-hour sleep schedule is basically as impairing as drinking three beers and getting on the road,” Burke said. 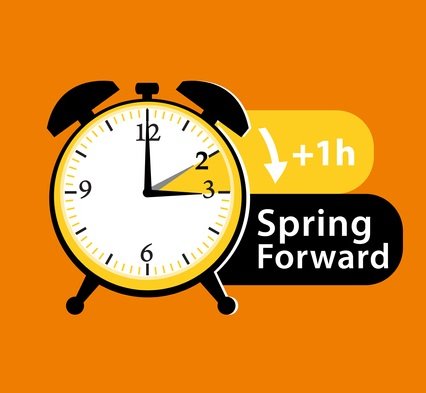 Drowsy driving is a phenomenon we tend to ignore, or at least just accept as a common practice. According to National Sleep Foundation surveys, about half of adult drivers in the U.S. admitted to driving drowsy.

So how do we combat being drowsy behind the wheel when Daylight Saving Time begins? It’s a pretty simple fix: sleep more and earlier.

“When we do lose that hour of sleep, one of the things that we really focus on at the National Safety Council is encouraging folks to make sure that they get enough sleep. When Daylight Saving Time happens on March 10th this year, we would suggest that you absolutely go to bed early so that you can get your recommended seven to nine hours of sleep,” Burke said.

If you don’t have the luxury of time to sleep earlier, there are other ways to make sure you’re safe on the road as Daylight Saving Time begins. Burke suggested the following tips to prevent drowsy driving:

As Peter Kissinger, President and CEO of the AAA Foundation, puts it: “Unfortunately, most drivers underestimate the risks associated with drowsy driving and overestimate their ability to deal with it – that’s a dangerous combination.” Don’t try to fight through fatigue if it’s affecting your ability to drive well. If you can’t give the road your full attention, you shouldn’t be on it.