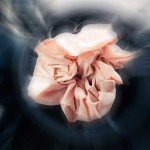 This week, millions of Americans have been asking themselves “are my air bags safe?” after the Department of Transportation announced the largest motor vehicle recall  in the nation’s history. This recall is meant to address severe defects in several types of air bags manufactured by Takata, the fourth largest air bag maker in the world. Already, these faulty frontal air bags have been tied to at least six deaths and over 100 injuries globally.

There’s a good chance that your car will be recalled too, as the recall applies to 33.8 million cars and trucks in the United States alone–that’s one in every seven vehicles  in the country! While you’re most likely to be affected if you drive a Honda model from 2001 to 2008, drivers of BMW, Chrysler, Ford, GM, Mazda, Mitsubishi, Nissan, Subaru, and Toyota vehicles built between 2001 and 2011 all face a potential recall.

If you feel like this isn’t the first time you’re hearing about an air-bag-related recall, you’re not mistaken. Just last year, in fact, over 16 million cars were recalled for defective Takata air bags. For years, various groups have called the safety of Takata’s air bags into question, but until now, the company has refused to fully accept responsibility for the problem.

In fact, Takata continued to use the same defective technology to replace some of the faulty air bags covered by earlier recalls. This means that even if your car was affected by a previous recall and you’ve already had your air bags replaced, you may need to get them fixed again!

The Reason for the Recall

When a vehicle gets into a collision, a sophisticated system of sensors and computers sends a signal to an inflator in each air bag. This ignites a propellant in the inflator, generating nitrogen gas and causing the air bag to expand and deflate in a fraction of a second. Altogether, the whole process takes about half as long as it takes you to blink.

At least, that’s how it’s supposed to work. In the recalled Takata air bags, the propellant is based on ammonia nitrate, a common compound used in fertilizer. Over time, this propellant can degrade, especially if it’s exposed to moisture or fluctuating temperatures. (Indeed, the problem seems to be worst in places with high humidity.)

As the propellant degrades, the chances grow that it will ignite too rapidly in a collision, rupturing the inflator and shooting metal shrapnel through the fabric of the bag as rapidly as it expands. This CNN segment from last year shows what happens when the inflator explodes:

When you consider that air bags inflate at a rate of up to 200 mph, it’s easy to see why this situation can be so frightening–and so dangerous. Can you imagine getting into a minor crash only to lose an eye, or worse, crashing because the air bag exploded in your face? It’s already happened to dozens of drivers, and if your car is recalled and you ignore it, it could happen to you, too.

How to Make Your Air Bags Safe Again 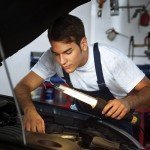 If your car has been recalled due to an air bag defect (or for any other reason!), you should receive notice from the manufacturer that will let you know what to do. However, if you’ve moved, bought your car used, or just want to be safe, you can also use your Vehicle Identification Number (VIN)  to find out if your car has been recalled. (Your car’s VIN number can be found on your registration documents and on the dashboard near the windshield wipers.)

Given the number of vehicles affected by the recall, it may take several weeks for manufacturers to notify all owners and for all vehicles to be added to the recall database, so be patient and remember to recheck your VIN number in a few weeks if you think you might be affected. You can also check the manufacturer’s website or call your dealer (or another dealership that sells your model) to get the latest information about the recall status of your car.

So, if your car is recalled, what does that mean for you? Are you going to have to replace your car? Fortunately, it’s a lot easier than that. In general, all you’ll have to do is bring your car into a dealership and they’ll replace the defective air bag parts– for free –even if your car is no longer under warranty. Some manufacturers are even giving drivers a car to borrow while theirs is under repair.

The bad news is that you may need to wait a while before you can get your air bags replaced. After all, to fix 34 million defective air bags, you need to have 34 million replacements, and it’s going to take time to make them all. And though Takata is boosting production  on replacement parts, it’s still likely to be a couple of years before every recalled vehicle can be fixed. Priority is likely to be given to more affected vehicle models and drivers in humid regions, so be sure to check with your dealer first to find out when you can bring your car in for repairs.

A Reminder: Air Bags Save Lives

With such a large recall, some people may be wondering if they can have the air bags in their car turned off, or even if air bags are worth the risks in the first place. So it’s important to remember that air bags play a crucial role in protecting you in a crash.

As tragic and pointless as it is to lose any lives to a manufacturing flaw, air bags are nevertheless estimated to save over 2,000 people every year and to have saved over  40,000 lives  since 1975. Even in recalled cars, you’re still more likely to be saved than to be injured by an air bag if you get into a crash.

So if your car is recalled, you probably don’t need to stop driving it until you can get the air bags replaced. That said, there are always certain things you should do to minimize the risk of an air bag injury–whether they’re defective or not:

Keep in mind that the closer you are to the steering wheel, the more likely you are to be injured. For that reason, shorter drivers who need to sit close to the dashboard to reach the control pedals are more at risk. These drivers should contact the manufacturer if their car’s been recalled to see if their repairs can be prioritized.

If you’re still worried about driving a recalled car, you may also consider using another form of transportation, such as a bus, bike, rental car, or carpool, so you can minimize your driving until your vehicle can be fixed. And of course, the best thing to do is drive safely ! If you don’t get into a collision, you won’t really need to worry about whether your air bags are safe in the first place.