Happy Thanksgiving! Four Things Drivers Have to Be Thankful for This Year 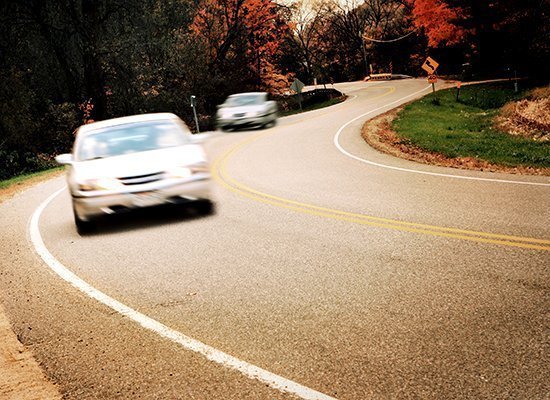 On this blog (and in our courses ), we spend a lot of time reminding you of the dangers you face when you’re on the road. After all, for most of us, driving is one of the most dangerous things we’ll ever do, and unlike most risky activities, driving isn’t something we do on occasion or only once and then never again–it’s something we do on a daily basis! That’s why it’s so important that you never take for granted that nothing serious will go wrong when you’re behind the wheel.

Nevertheless, as we’ve pointed out recently , crash fatality rates in the U.S. have been steadily declining for decades, and in 2013 fewer people died on U.S. roads than during any year since 1949, even as more people are driving than ever before. The truth is, there’s probably never been a better time to be a driver. Now, before you start thinking that you can start slacking off, it’s important to note that one of the main reasons that the roads have become so much less dangerous is because drivers know more about how to keep themselves safe than ever before–and more than ever they’re doing what it takes to protect themselves and everyone with whom they’re sharing the road.

Here at DriversEd.com, we’re grateful whenever a driver is able to avoid a ticket or collision because he or she is paying attention and making the right decisions on the road. But there are plenty more reasons for drivers to give thanks this year, and in honor of the Thanksgiving holiday, we’d like to pay our respects to a few of them here. 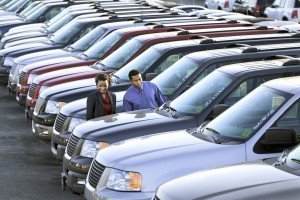 We’re thankful that cars are getting safer, and doing so faster than ever. Thanks to revolutionary advances in computer and communication technology, recent years have seen the introduction of a number of new vehicle features  designed to decrease the risk of a crash. The introduction of these technologies isn’t just making driving safer for human drivers–they’re also one of the main reasons that autonomous cars are getting closer to reality every day. These vehicle features include:

Modern vehicle technology also has the potential to permanently change the way that drivers relate to their cars. By monitoring what the car is doing and sharing data with drivers about their own performance behind the wheel, telematics programs are helping drivers recognize and correct their most dangerous driving habits. Combined with the advanced vehicle features described above, this technology promises to make crashes easier than ever to avoid. 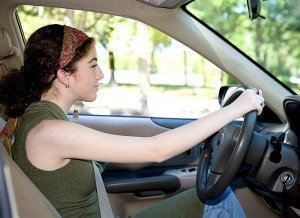 It’s not just the cars that are getting smarter. Statistics show that many drivers are getting the message about what’s risky on the road and adopting new habits to keep themselves safe. The knowledge that people are learning to behave more responsibly when they’re behind the wheel should be enough to make any driver feel grateful.

In the last decade or so, one of the biggest success stories has been the growth in how many people are remembering to buckle up. As recently as 1999, only 67% of drivers were using their seat belts, meaning that 1 in every 3 drivers was needlessly increasing their risk of death every time they drove (according to the NHTSA , seat belts reduce the risk of fatal injury to front-seat passenger car occupants by 45% and the risk of moderate-to-critical injury by 50%). In 2014, however, that rate had risen to 87%  (with rates of nearly 98% in some states), helping to save the lives of over 12,000 people!

And though it’s too early to call it a trend, there’s some evidence suggesting that teens are starting to get the message about texting and driving. For instance, research on teen drivers in Ontario, Canada suggests that the number of teens reporting that they would text and drive “sometimes” or “almost always” dropped from 27% in 2012 to 6% in 2014, with the most commonly identified reason for the drop being a concern about the danger and irresponsibility of the activity. This mirrors the findings of other studies, including that there has been a notable drop in texting while driving in states banning the practice, and that primary enforcement texting laws are associated with a decrease of up to 11% in fatal crash rates among drivers 15 to 21. If these trends continue, that will really be something to celebrate!

The research is clear: unlicensed drivers are more likely to be involved in a fatal collision than those who are licensed. So if we told you that there’s a simple way to encourage millions of unlicensed drivers to demonstrate their knowledge of road rules, pass a behind-the-wheel driving test, get a license, and have their driving record tracked by their state’s licensing agency, well, that would be a no-brainer, right?

The good news is, there is a way–and the better news is that it’s being adopted by more states every year! Already,  twelve states (as well as Washington, D.C.) have enacted laws allowing undocumented immigrants to obtain a license. By establishing such policies, states do not grant these immigrants the rights of citizens, encourage illegal behavior, or make the roads less safe. Instead, by allowing all residents to get a license regardless of their immigration status, state governments encourage undocumented immigrants to learn the state’s traffic laws , register with the state’s licensing agency, and acquire the amount of liability insurance required by the state. Not only do these factors lead to fewer violations and fewer hit-and-run collisions , but there’s even evidence that, in places where such policies have been established, insurance rates are lower for everyone !

Keep in mind that most people who benefit from these laws are already driving, so this isn’t a matter of what’s ideologically for the best, or even what immigration policies make more sense. These policies are simply meant to reflect the reality that exists–and to make it safer. So we’re thankful that, because of these policies, every year sees more lawfully licensed drivers on the road, and we’re thankful for the efforts of everyone across the country who’s working to get laws like these established. 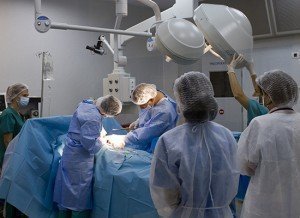 Finally, we want to offer our gratitude to everyone whose license has that little red heart or pink dot identifying their status as an organ donor, as well as to everyone who’s contributed an organ, whether to a loved one or a stranger, as a living donor. In 2014, organs were donated by over 14,000 living or deceased donors, saving or substantially improving the lives of almost 30,000 people !

Think about it: every year there are tens of thousands of people who are given a chance to enjoy longer, fuller lives – to graduate college, to get married, to have children, and to see their children graduate, marry, and have children of their own – all thanks to generosity of organ donors. Because of organ donors, even traffic fatality rates are lower than they would be otherwise, as many survivors of serious crash injuries are here today only because someone else registered as an organ donor.

And even though donated organs are rightly called “anatomical gifts,” these are presents that it costs you almost nothing to give. All it takes is checking a box when you apply for or renew your drivers license, indicating your preference to be an organ donor. Registering as an organ donor doesn’t mean that doctors will spend any less effort trying to save you if you’re injured, but if the unthinkable does happen, being registered can help ensure that the tragedy of your death means life for someone else. After all, more than 50 people can be healed or saved thanks to the organs and tissues recovered from a single donor!

At this moment, there are over 120,000 people in need of an organ, and on average 22 people die each day waiting for a donation. So if you’re not yet registered as an organ donor, we urge you to click here to learn more about registering and get answers to any questions you may have. And if you are one of the 120 million Americans who are registered, there’s only one thing we have to say to you: Thanks!

This Thanksgiving, we encourage everyone to reflect on the many people working to ensure that, whenever you get behind the wheel, you’re able to reach your destination with a minimal amount of danger, stress, or delay. With an estimated 42 million Americans taking a road trip for the holiday this year, there will be many peace officers, road engineers, and maintenance workers working overtime this weekend so you can get where you’re going safely. Be sure to show them your thanks by driving safely and giving them one fewer thing to worry about.