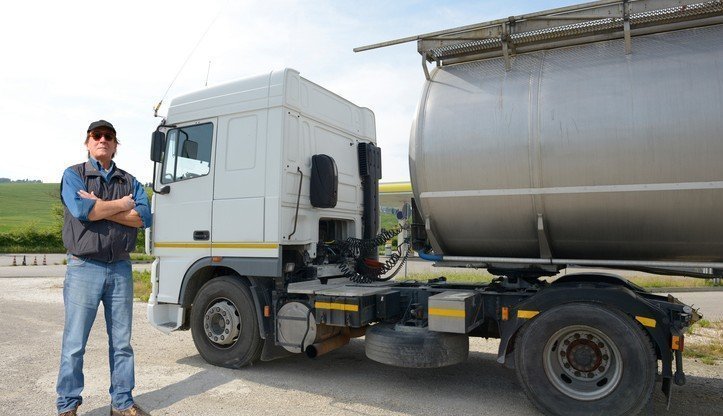 Truck drivers are the backbone of American goods transportation. Everything from apples and steaks to televisions and cars are transported across the U.S. to the people who need them. It stands to reason that, given the average truck driver puts on 2,000 to 3,000 miles per week, they’ve seen a lot of traffic, which is a gross understatement.

There are about 3.5 million truck drivers across the country who cumulatively put in more than 150,000 miles per year on the roads. We asked a simple question: “What do you wish America’s other 222 million drivers knew about driving?” We reached out to family and friends who are truck drivers, as well as put up questions on Quora and website forms. The answers ranged from “Well, duh” content to non-PG frustrations. Here are the top 5 safe driving tips from truck drivers.

Driving Is Your First Responsibility

Eddie has worked as a firefighter/EMT for 15 years and has been driving a truck for over four decades. In everything from bad drivers to bad weather, he’s seen the disastrous consequences of bad decisions. Every driver needs to remember that driving safe is your first responsibility . Cars are safer than ever, but upwards of 30,000 people die every year in car crashes. Given everything Eddie has witnessed, he says: “Without exception, all accidents could have been prevented with one or another operator doing something very minor that would have prevented the crash.”

Respect the Laws of Physics

Most tractor-trailers max out around 80,000 pounds — up to 20 times heavier than the average car. Even the most attentive truck drivers, with the best brakes and best road conditions, need at least one-third more distance than an automobile does to come to a complete stop from 65 mph. It’s not that they won’t stop, but the laws of physics prevent trucks from stopping as quickly as smaller vehicles. Don’t get in front of tractor-trailers.

Put Down the Phone

Some 237 million smartphones are currently in use in the U.S., giving people constant access to news, information, calls, social media, email, text messages, and more. The National Highway Traffic Safety Administration (NHTSA) reports distracted driving killed over 3,000 people in 2016. Putting down the phone could save a significant number of lives every year. Whatever the message is, it can wait .

Truck drivers are professional drivers — trained and licensed — and have more experience driving than most everyone else on the road. But everyone makes mistakes, including truckers. There are bad drivers everywhere, and any mistake can have fatal consequences. Don’t try to police aggressive or distracted drivers , but stay out of the way.

Driving is a truck driver’s job, and knowing and obeying traffic laws, rules of etiquette, and laws of physics is everyone’s job. If we could get everyone on the same page, drivers of everything from four-wheelers — trucker slang for “cars” — to 18-wheelers could share the road and be safer for it.

Keep your car safe for every trip. Head over to DriversEd.com’s Car Insurance Resource Center to learn more about keeping your insurance rates low, the difference between learners permits and licenses as they relate to insurance costs, and even sign up for a free car insurance quote.