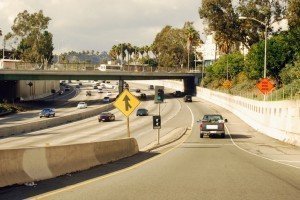 I screamed in my car the other day when I was driving. It wasn’t a yell, and it wasn’t an “AHH!”  It was a full-bellied shriek. My voice probably scared my passenger more than the inciting incident did.

Here’s what happened: I was driving on one of the most horrible, poorly designed freeways in Oakland (like I would on any normal afternoon), when an oblivious driver suddenly pulled straight out of his lane and into mine—right into where my car was going. I honked, and swerved over into the adjacent lane unscathed, luckily. No paint was exchanged and no one was hurt, aside from my passenger’s ringing eardrums.

Here’s the thing: This incident (and near collision) did not happen suddenly, nor was it luck that I was able to pull over into the other lane. But I was lucky to have recently taken eDriving’s defensive driving course, One More Second . A few key takeaways from that course stuck with me, helping me avoid a collision that day and on other days since. Here are those three big lessons.

1. What Can Go Wrong, Will Go Wrong
Picture the scene that I observed, pre-scream: I am approaching my exit at highway speed and need to get over, but the two right lanes are full of cars trying to merge onto the freeway before my exit. I’m trying to get right; they’re trying to merge left. I’m going fast, and they’re going slow. Before I even overlap these cars, I am actively aware that this is a hazardous situation (the course’s lesson on hazard identification helped me to recognize this).

As soon as I am next to the lane of merging cars, not only have I reduced my speed, but I also have my exit strategy planned out. I know from my rear-view mirror that there’s a car tailing close behind me, so slamming on the brakes is not an option. However, the lane to my left is clear for the time being­.

With my emergency exit on my left, I direct my attention the cars on my right. I know they’re all trying to get out of the traffic and into a faster lane, so here is where I assume Murphy’s law: what can go wrong, will go wrong. I have a feeling that one of these drivers will forget to check his or her blind spot. If that happens, I won’t technically be the one at fault, but that doesn’t mean I won’t suffer from it with car damage and risk a serious injury. Defensive driving involves realizing that people make a lot of mistakes, and anticipating those mistakes before they have dire consequences.

2. Make It a Game of Strategy, not a Game of Luck
I have a bad feeling about these cars on my right, so not only have I slowed down and planned an escape route, but I am also now covering my horn—just in case. I’m using this strategy as a defensive move in my game plan for this merge.

When one driver juts out of his lane and right into mine, I do scream, but I am not taken by surprise. As soon as he budges, I am both laying on the horn and moving into the next lane.  Once safely away from the other car, I calmly merge back right into my exit lane and apologize to my friend for screaming.

Before taking One More Second , I would have shaken off that moment with, “Well that was close—lucky nothing happened.” My next thought, however, was more along the lines of, “that was too close, what could I have done differently?” The One More Second course challenged me to take luck out the equation. If I hadn’t known already that the left lane was clear, it would have been lucky for me to merge into it safely and not into another car. If I hadn’t realized there was a car behind me, it would have been lucky for me to have slammed on the brakes and not been rear-ended. In my case, my strategy was as simple as anticipating a potential danger and having a way out. It’s a simple idea to understand, but One More Second helped me put it into practice.

3. Seriously, No Phones
If I had even glanced at my phone at the same moment that the other driver wasn’t checking his blind spot, there’s no way I would have avoided him. What’s equally scary is that if I had been checking my phone in the moments leading up to the situation, I would have been too distracted to even notice the hazard or anticipate the potential danger.

It’s so easy to think, “I can just check it really quick.” I know because I catch myself thinking that exact thing constantly. The problem is that even “really quick” is plenty of time to miss something. The One More Second course made a compelling argument; and is what finally convinced me to find the discipline to not check—not even once.