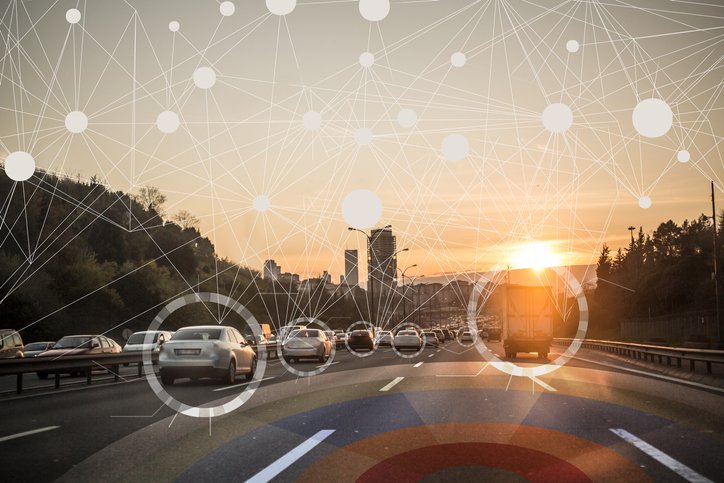 According to the National Highway Traffic Safety Administration (NHTSA), human error accounts for 94 percent of motor vehicle accidents in the United States and only 2 percent is due to vehicle component failure or degradation. If human drivers are the cause of most car accidents, then self-driving cars could be the solution to making our roads safer.

Autonomous cars are, however, still met with skepticism by those who feel that relying on technology to control a vehicle isn’t safe. DriversEd.com decided to look into the state of self-driving cars and find out how comfortable Americans are with the idea of a car that drives itself. Our survey found that:

While still a controversial issue, the results of this survey show that many people are warming to the idea of autonomous cars.

Semi-Autonomous Cars Are Already On The Roads

Automation in motor vehicles is not new. Most cars produced today are equipped with some level of automation. Laura Adams, Safety and Education Analyst at DriversEd.com, says, “Autonomous and semi-autonomous features are already being incorporated into many cars on the road, particularly luxury vehicles.”

Features like lane steer assist, automated emergency braking, adaptive cruise control, blind-spot monitoring, and forward-collision warning are designed to make vehicles safer and mitigate collisions. “Technologies will undoubtedly continue to improve and become more popular in the years ahead,” says Laura. “Disruption is on the horizon — but the question is to what extent.”

The Six Levels of Vehicle Automation

Level 1 — Driver assistance. Most cars today are at this level with features such as adaptive cruise control and lane-keep assist.

Level 3 — Conditional automation. At this level, the vehicle is capable of driving itself under certain conditions, e.g., on a freeway or in a traffic jam.

Level 4 — High automation. At level 4, the vehicle can complete an entire journey without human intervention within certain parameters. Steering wheels and pedals are still there when circumstances require the driver to intervene.

Level 5 — Full automation. A fully self-driving vehicle with no steering wheel, pedals, or gear stick. In a fully automated car, you can relax, take a nap, swing the front seats around to socialize with friends in the back seat, or use your drive time to do work.

The 2018 Audi A8 is the first car to achieve level 3 automation. There are currently no cars with level 4 and 5 automation available on the market for consumers.

Most automakers are exploring autonomous vehicle (AV) technology, and the race towards fully autonomous vehicles is heating up. KPMG’s 2019 Autonomous Vehicles Readiness Index (AVRI) assessed 25 countries that are actively pursuing AV technology. The Netherlands, Singapore, and Norway took the top three spots, followed by the United States and Sweden.

Driverless cars have been in the making for years. Tesla and Google were among the first to pioneer AV technology. Tesla’s AutoPilot and Google’s Waymo were tested on public roads in 2015. Today, General Motors, Audi, Toyota, Nissan, Daimler, and Honda are all investing in AV technology, and all are pushing to have an autonomous car on the road as early as 2020.

The Latest Milestones Towards Self-Driving Cars

In May 2019, Waymo partnered with ride-share company Lyft to offer self-driving rides to Lyft customers in Phoenix, Arizona. Two months later, Waymo was granted permission by the California Public Utilities Commission to transport passengers as part of the state’s Autonomous Vehicle Passenger Service pilot program. In Europe, Volkswagen has just tested level 4 self-driving vehicles in Hamburg. These milestones are a huge leap forward in bringing self-driving cars to the public.

When Will You Be Able to Buy a Self-Driving Car?

If level 4 self-driving cars are available by 2020, does this mean you can soon rush out and buy one? The answer, for now, is no and the reason is legislation. Despite ambitious deadlines by automakers, the snag is how soon governments will amend legislation to allow autonomous cars on public roads.

The insurance industry is also affected. Who is liable if the person in an AV isn’t driving? These and many more questions will have to be answered before consumers will be allowed to buy level 4 and 5 self-driving cars.

According to the KPMG AVRI report, the following strides towards AV legislation were taken in 2018:

There's still a long way to go before consumers be able to own a car that drives itself. While automakers fine-tune their AV technology and governments clarify regulatory issues, self-driving cars will be out of the general public’s reach. The likelihood is that they will first be rolled out as commercial and passenger transport vehicles before becoming available to consumers.

Survey Methodology
DriversEd.com’s 2019 ‘State of Self-Driving Cars’ survey was conducted online using Survey Monkey. One thousand and fifty-five participants were polled, spanning across the United States. The demographics of those polled represented a broad range of household income, geographic location, age, and gender.