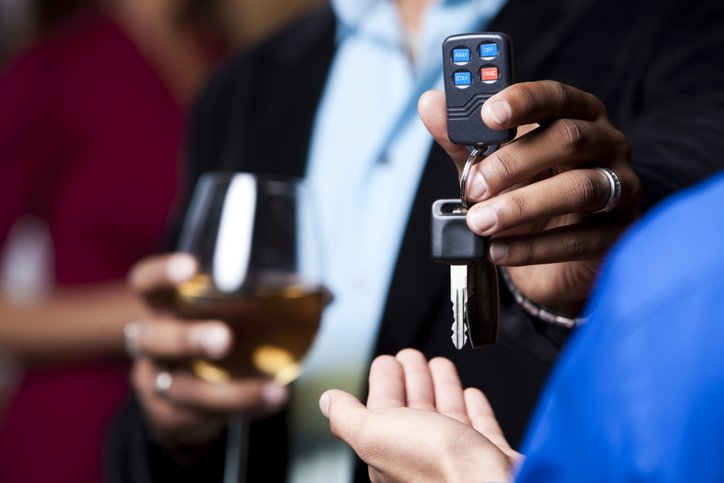 The end of summer is typically associated with a lot of activity, from back-to-school shopping to last-minute vacations. But Labor Day weekend should also be a reminder to parents of teen drivers to have a serious discussion with their teens about the dangers –and serious consequences – of driving while under the influence, and the measures that can be taken to keep passengers, drivers and pedestrians safe.

In the coming weeks, law enforcement officers across the country will step up their monitoring and enforcement efforts in an initiative to keep impaired drivers off the road. The national enforcement mobilization of Drive Sober or Get Pulled Over goes into effect beginning August 14, 2019, and ending on September 2, 2019, which is Labor Day – one of the year’s deadliest and most dangerous days on the road. The campaign is administered by local law enforcement agencies in collaboration with the U.S. Department of Transportation’s National Highway Traffic Safety Administration (NHTSA).

Dangers and Costs of Impaired Driving

According to the NHTSA, approximately one-third of all traffic fatalities across the United States involve drunk drivers (with blood alcohol concentrations – or BACs – of .08 or higher). In 2017, 10,874 people were killed in accidents involving drunk drivers. That’s equivalent to 20 jumbo jet crashes – each with no survivors. Among drivers from ages 18 to 34 who died during the 2017 Labor Day weekend, 42 percent had BACs of .08 or higher.

Driving While Intoxicated (DWI) or Driving Under the Influence of drugs or alcohol (DUI) can also have severe financial and legal consequences. The average DWI or DUI case can involve $10,000 in fines, court costs, attorney’s fees, and higher insurance rates – not to mention lost wages or the risk of being fired from a job. A conviction can result in loss of driving privileges, a personal vehicle, or even time behind bars.

While specific standards vary by jurisdiction, all states have per se DUI laws that find drivers with a BAC at or above .08 percent to be intoxicated and may subject them to arrest. However, gauging levels of substances like marijuana or cocaine in drivers is more complicated. Several states have imposed zero-tolerance laws subjecting drivers with ANY measurable level of drugs or alcohol to arrest. Other states have established per se levels of drugs or alcohol in the body above which drivers are presumed to be impaired. In addition, some jurisdictions have developed certification programs for "drug recognition experts" (DREs). These are specially trained police officers who gauge clues such as eye movement to determine if drivers are impaired.

Impaired driving laws can apply to drivers affected by over-the-counter and prescription drugs, too. According to Laura Adams, Safety and Education Analyst for DriversEd.com, “Many drivers are unaware that they may be charged with a DUI or DWI if their driving is inhibited by the side effects of prescription medications. You’re still responsible for negative interactions, such as becoming drowsy or having slowed reaction times, while driving. So be sure you understand how a medication generally affects you before getting behind the wheel.”

How Parents Can Prevent Teens from Impaired Driving

Impaired driving is a significant contributing factor to why automobile accidents are the leading cause of death for young people between the ages of 16 and 19. According to the 2017 National Survey on Drug Use and Health (NSDUH), among drivers 16 or older, 21.4 million drove while intoxicated and 12.8 million drove while impaired by illegal drugs.

The good news: parents can play a vital role in reducing these tragic statistics. Adams says, “It’s all about open communication and modeling good behavior for your teenage drivers. Setting a high standard for what is and isn’t acceptable while driving should begin years before a child is old enough to get a driver’s license. Make sure new drivers get enough education to fully understand the rules of the road and put them into practice as a defensive driver.”

Here are steps parents can take to help keep their young drivers safe: