The Google Self-Driving Car Concerns Me

Imagine: your Google self-driving car does all the work, turning your drive time…into leisure time!

A car that drives itself for hundreds of miles on freeways and in traffic may sound like something out of the movie Wall-E , or, if your tastes run that way, the original Total Recall . But if Google has its way, in a few years, kids and teenagers will look at you with pity, like you’re an ancient caveman, when you tell them how you had to take drivers ed and parallel-parked your car with your own bare hands. 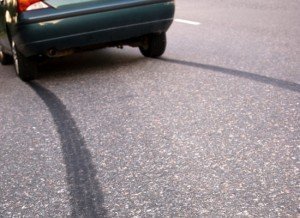 Will self-driving cars really be safer and better?

Last year, we heard a lot about the benefits of Google’s self-driving cars. And this year, The Transportation Department has officially stated that the cars are approved for testing, according to a recent  New York Times article .

While fully self-driving cars won’t be available for about a decade, “semi-autonomous” cars–cars that make safety corrections–are on their way. Mercedes-Benz will release cars that will stay within curvy lanes, brake to avoid accidents, and even determine when you’re fatigued! (Does it make coffee, too?)

According to the Times piece, the hold-up on approval for completely autonomous cars is The National Highway Traffic Safety Administration’s concerns about safety, such as the risk of cyber attacks.

As an infamously vocal backseat driver, I have some concerns of my own. Do self-driving cars know to stay two lanes away from the pickup truck precariously transporting rakes and lawn mowers secured by a shoelace and some yarn? Will the Google car break for small furry animals that  seem to want to cross the street? Can it be programmed to keep an eye out for frozen yogurt stores when I’m having a long day? So many factors to consider.

Just these ruminations make me clutch the wheel with a sticky death grip. For now, I’ll take a  defensive driving refresher course , and stay vigilant when it comes to backseat driving–that’s a cute dog , why are you not slowing down!? And if I want some certified fail-proof nail filing and napping time when I’m in the car, I’ll just have a friend drive me.