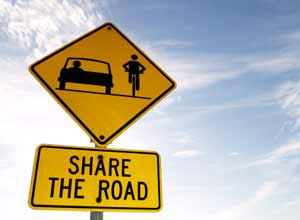 As bicycles are considered vehicles, bicyclists on public streets have the same rights and responsibilities as automobile drivers. They should ride in the same direction as other traffic. 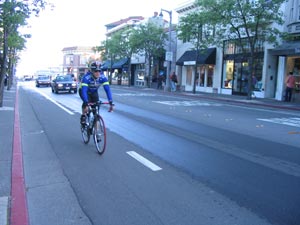 Drivers must be careful when driving close to cyclists. Drivers should not drive too closely to the bicycle when passing. A collision may result. Cyclists should normally ride in a straight line as near to the right curb or edge of the roadway as practical. 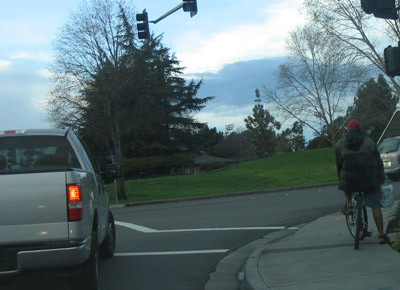 Drivers should look carefully for cyclists before turning right and merge safely toward the curb or into the bike lane. Do not pass a cyclist just before making a right turn. Merge first, and then turn. 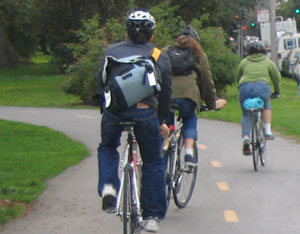 Before passing a cyclist in a narrow traffic lane, wait until the traffic is clear in the opposite lane, and then change lanes to pass the cyclist. Do not attempt to squeeze past the cyclist. Every bicyclist should always wear an ANSI-approved bicycle helmet when riding, which greatly improves the chances of surviving a collision.