Inequality on the Road: The Hidden Dangers of Driving While Poor 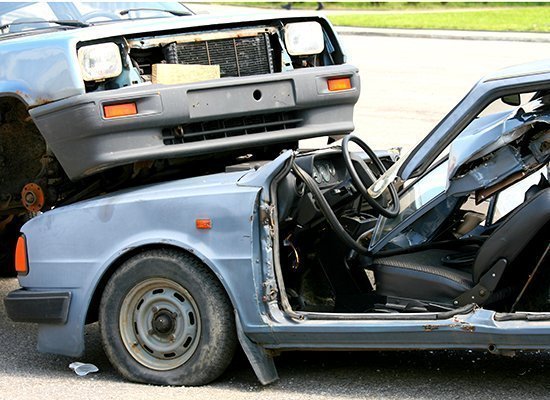 It’s a fact you’ll hear us repeat over and over again: motor vehicle collisions are one of the leading causes of death in the United States, especially among teenagers. Indeed, in 2013, car crashes represented the number one cause of death for Americans between 15 and 24 years old, and one of the top five causes of death for everyone between 1 and 44 years old. Nevertheless, while driving still remains one of the most dangerous things we do, fewer people died on U.S. roads in 2013 than during any year since 1949–despite the fact that the amount of driving that Americans do has increased sevenfold in that time!

The truth is that driving may be safer now than at any time in history–at least for some. But the unfortunate secret lurking at the center of these encouraging statistics is that not all drivers have benefited equally from these improvements in safety. In particular, drivers who are economically disadvantaged have not only not shared in these gains, but their risk of dying in a crash has actually increased while driving has become safer for everyone else.

These findings come from a recent study investigating how crash fatality rates vary according to socioeconomic position, as measured by highest level of education completed. What researchers found is that drivers at the low end of the education spectrum–drivers 25 and over without a high school diploma–were more likely to die in a crash than those at the opposite end, and that this trend is getting worse: in 1995, traffic fatality rates for drivers at the low end were 2.5 higher than for those at the high end, but by 2010, they were 4.3 times higher ! This means that every year, an ever greater portion of drivers dying in crashes is made up of the least educated.

Because the amount of education a person has completed frequently predicts his or her economic position, these findings suggest that if you’re poorer and less-educated, driving is more likely to kill you. And if you think about why driving has become so much safer over the past 20 years, you can begin to understand why the economically disadvantaged have largely been left behind. Some of the factors making driving less dangerous include:

Note that the first three factors are ones whose advantages are more likely to be enjoyed by those in higher economic positions: less well off drivers are more likely to drive older cars, replace and repair their cars less often, have fewer expensive safety features installed in their cars, and live in areas where the roads are less well maintained and where they’re less likely to get good emergency room service.

Why Drivers with Less Money End Up Paying More

As we’ve seen, drivers in low socioeconomic positions are more in danger of dying in a crash–but that’s not the only risk of driving while poor. In fact, almost every aspect of driving is more onerous for the poor, not only because they have less access to financial resources but also because, in many cases, they face additional burdens due to their economic status. For instance: 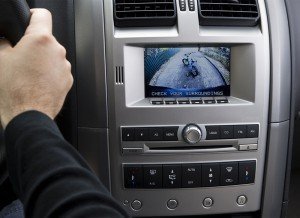 Safety Technology : The adoption of new safety technologies like blind-spot detection, collision warning systems, and night vision displays has boomed in recent years, and more and more new car buyers are demanding these features . Yet, initially, these technologies are typically available only with a manufacturer’s deluxe models, and can cost $1,000 to $2,000 apiece (or more) when they’re included. Poorer drivers, though, are likely to replace their car less often, and when they do, they’re likely to skip the deluxe features or simply opt for a used older model. As a result, the poor are disproportionately affected by a growing safety gap in the kinds of cars on the road, meaning they’re more likely to die in crashes that drivers in newer vehicles may now be able to survive. 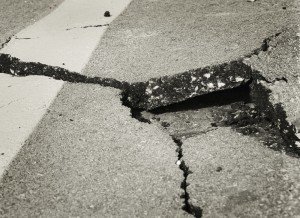 Road Quality : According to a study by The Road Information Project (TRIP), more than a quarter of urban roads and interstates in the U.S. are in such poor condition that they cannot be repaired–they must be replaced entirely. Indeed, drivers are paying an average of $515 a year on repairs related to damage caused by road quality, an amount also referred to as the “ pothole tax .” And because the roads in economically depressed areas are usually less well maintained, the “pothole tax” for drivers living in these areas is frequently even higher. Moreover, on a limited income it can be harder to get vehicle damage repaired promptly, meaning that poor road conditions are likely to cause more serious problems for these drivers in the long run. 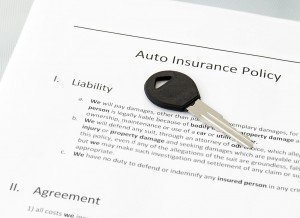 Insurance Premiums : In most states, it’s illegal for insurance companies to set rates based on a policy holder’s income level or credit history. However, insurance companies are permitted to take level of education into account, and as we’ve mentioned, education and income are often closely related. The end result, studies show, is that the poor actually end up paying more for car insurance, even though they’re less able to afford it. According to this research, getting a ticket is more likely to increase a driver’s insurance rate if he or she makes less than $50,000 than if he or she makes $50,000 or more. Moreover, with some insurance companies, better educated drivers tend to have lower insurance rates–even if they’ve caused a collision –than less educated ones. 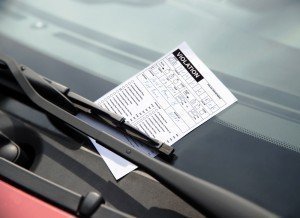 Traffic Tickets : In a number of states, court policies and hidden fees make traffic tickets practically unaffordable for drivers on low incomes–especially since drivers who don’t pay promptly can have their license suspended, making it harder for them to keep their jobs and earn enough to pay off the fine. Moreover, as we documented in this post , drivers may not even be able to have their case heard in court unless they can first pay what they owe in full, resulting in a destructive spiral that can make it almost impossible for poor drivers to ever get their license back. (Fortunately, some states, such as California, have begun to offer amnesty to drivers affected by these policies, reducing their fines and allowing them to get their license back.)

As these facts make clear, the social environment that a driver operates in can vary widely depending on his or her socioeconomic status. The risks poorer drivers face are greater, as are the costs they potentially face. This dynamic may help explain why, according to a study conducted at U.C. Berkeley , a driver’s income level can even affect how he or she drives: researchers found that drivers in more expensive, top-of-the-line cars were less likely to stop for pedestrians and less likely to follow right-of-way rules at a four-way stop sign.

Of course, these findings shouldn’t be taken to imply that the rich drive less considerately because of some innate character flaw; indeed, it’s inevitable that drivers with unsafe tendencies will be found at all socioeconomic levels. But because tickets and insurance are less costly and collisions less likely to be fatal for drivers at the top of the economic spectrum, the risks of unsafe driving are, for them, in some ways less profound than they are for drivers at the bottom. Put simply, some drivers have less incentive to proceed safely than others–and because all drivers are are endangered by risky behavior on the road, it’s the ones who lack those advantages who will disproportionately suffer the consequences of others’ dangerous driving.

Addressing the Impacts of Driving While Poor 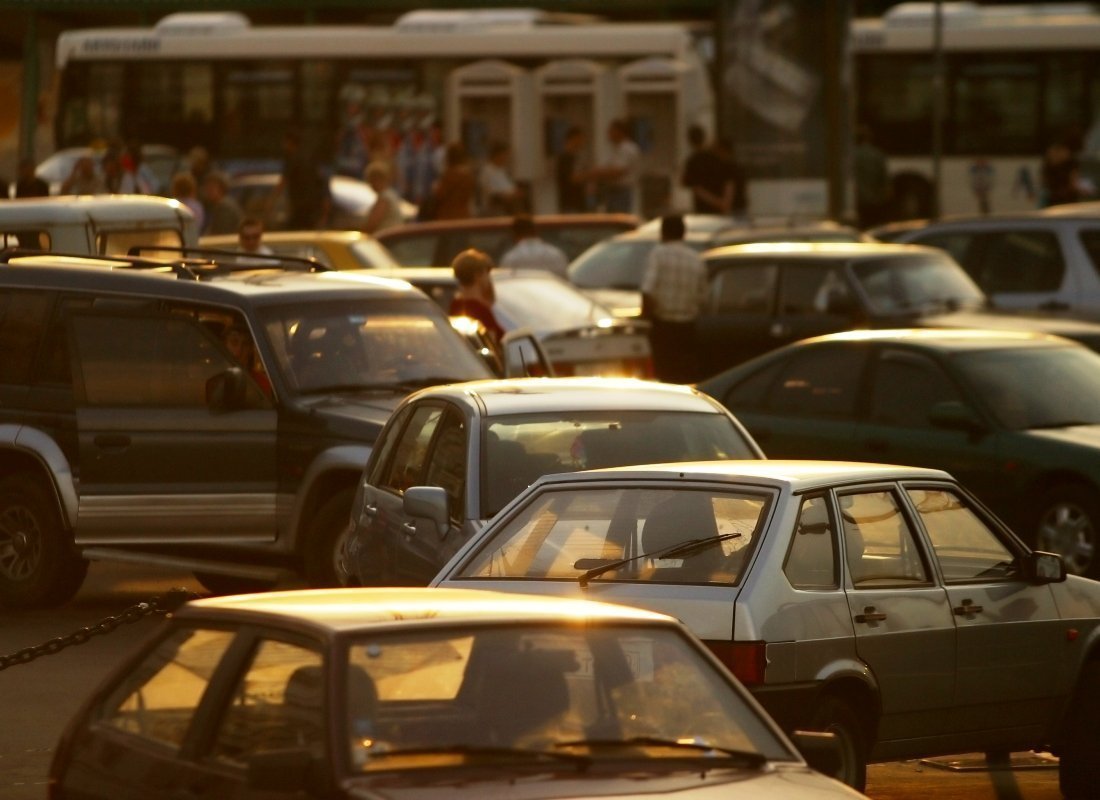 In many ways, driving as a teenager is a lot like driving while poor: your insurance rates are higher, the consequences of a ticket can be more severe, your ability to afford a sophisticated new car is probably low, and you’re statistically more likely to die in a crash. By understanding the social factors contributing to the added risks economically disadvantaged drivers face, you can gain insight into the factors that affect your own experience as a driver and better appreciate the importance of treating everyone on the road with courtesy and respect.

Yet while the dangers disadvantaged drivers face are unlikely to be eliminated completely until the issue of social inequality is addressed comprehensively, that doesn’t mean there’s nothing anyone can do to improve their safety.

For one thing, it’s important to note that the NHTSA are taking efforts to make sure that some of the most effective new safety technology is available to all new car buyers, not just those buying the most expensive models. Recently, for example, the NHTSA came to an agreement with ten vehicle manufacturers to ensure that automatic emergency braking (AEB) , a technology that detects whether a collision is imminent and applies the vehicle’s brakes if necessary, is installed as a standard feature in all new vehicles they build. The NHTSA has also announced that, beginning in 2018, new vehicles must include an AEB system in order to receive a 5-star safety rating. These moves should help reduce the price of the technology and ensure that it is adopted quickly. (The NHTSA has also played a major role in the widespread adoption of rearview backup cameras .) 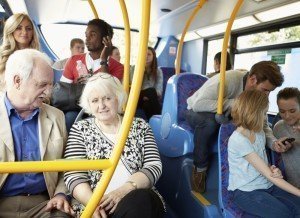 The other thing to remember is that there are other modes of transportation available. In addition to the more serious risks drivers face, driving has also been associated with an increased risk of serious health problems, including high blood pressure and diabetes. While they may not always be the most convenient, walking, biking, and taking public transportation are safer, cheaper, healthier, and less stressful than driving, and all drivers can benefit from taking advantage of these options whenever possible, no matter what their socioeconomic status is. Indeed, a recent study suggests that people who use public transportation instead of driving are 44% less likely to be overweight, 27% less likely to have high blood pressure, and 34% less likely to have diabetes.

Finally, if there’s one thing you should take away from this information it’s how important a good education can be. In general, more education will improve the standard of living you enjoy throughout your life including, as we’ve seen, a safer experience as a driver. But even if that’s not the future you have in mind, you can significantly decrease the risks you face as a driver simply by paying attention in your drivers ed course and learning as much as you can about being a better driver. That way, even if you’re never able to afford a fancy new car or move to an expensive neighborhood, you’ll have the most essential tools you’ll need to keep yourself safe each and every time you get behind the wheel.