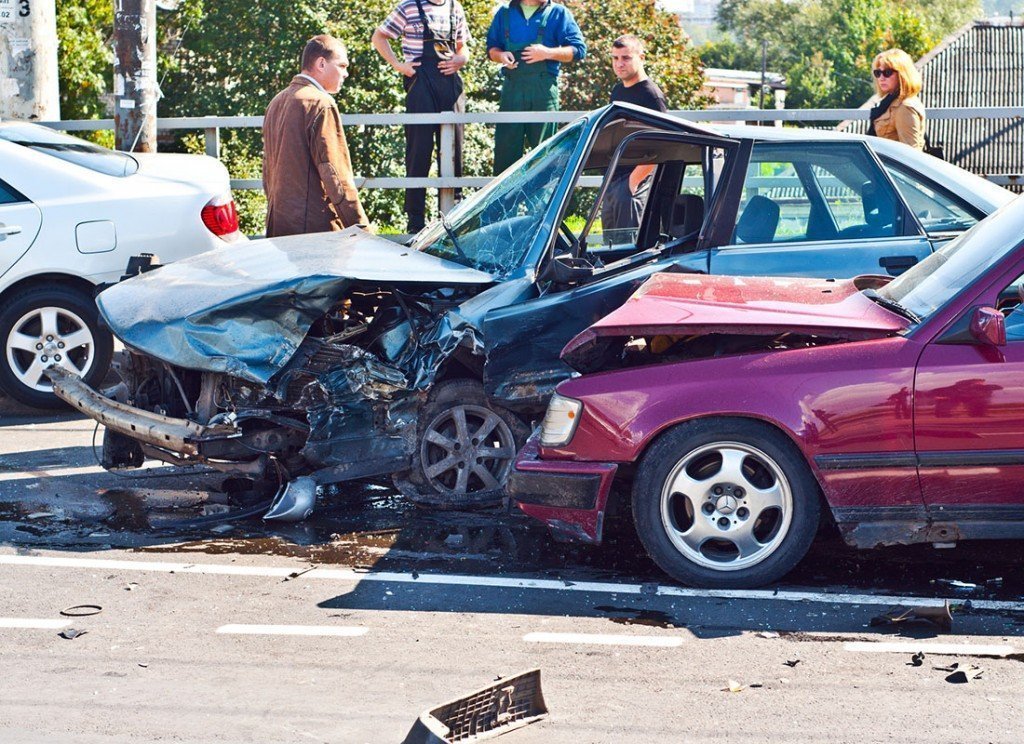 If there’s one thing that everyone who’s ever taken a drivers ed course is familiar with, it’s those movies . You know the ones. A crash survivor remembers the friend who wasn’t so lucky. A grieving parent mourns the child they’ll never see again. A critically-injured driver recalls the bad decision that left them disabled for life. It’s a genre made most famous by a series of films titled Red Asphalt , and which has inspired a number of similar videos on specific dangerous driving habits, including drunk driving, distracted driving, and road rage.

What makes these movies so memorable is that they’re concerned less with explaining the facts about why these behaviors are so dangerous than with revealing the emotional reality that actual people have to deal with as a result of them. After all, it’s not hard to understand why certain actions are unsafe when you’re on the road–but when you’re on the road, it can be easy to be thinking about something else, or to believe that a disastrous outcome could never happen to you personally. The words of a high school student who lost their first love in a crash can be hard to forget, however, and the faces of parents, choked up and hardly able to hold back their tears, can be haunting.

And because of this emotional impact, these kinds of stories aren’t limited to drivers ed classes. In fact, there’s a whole genre of popular music, often referred to as teen crash songs , devoted to tales of the same type. Like those drivers ed videos, in these songs the stories of young lives tragically cut short in collisions are recounted by survivors or loved ones; in this case, though, it’s a catchy tune that tugs on our heartstrings. Though these songs had their biggest successes in the 1960s, the enduring relevance of the theme continues to inspire musicians even today.

Through the years, countless songs have been made about the unique danger that driving presents to young people. And because driving remains the number one killer of teens in the United States , these tracks remain as relevant as ever. Here are a few of the best.

In 1955, James Dean, one of the most popular young actors of the day, was killed when he crashed his car into another vehicle as its driver was attempting to leave an intersection. Dean’s death had a huge impact on teens around the country, and while a few songs about wrecks were released before it, the teen crash song genre really seems to have emerged out of this event. One of the earliest songs of this type, this Beach Boys tune asks a question that’s often heard when a young person is killed in a crash: “How could they let him die?”

Possibly the most iconic of all teen crash songs, Last Kiss was originally released by Wayne Cochran in 1961 but achieved enduring popularity only after it was recorded by J. Frank Wilson and the Cavaliers in 1964. Because of its visceral description of the crash (“The screamin’ tires, the busting glass, the painful scream that I heard last”) and the powerful emotional impact on the survivor whose girlfriend it killed (“I held her close, I kissed her our last kiss, I found the love that I knew I had missed”), this song made the consequences of a collision real for millions of listeners.

Approximately 30 teen crash songs were recorded during the 1960’s, with eight released during 1964 alone. Why so many that year? One factor was likely the assassination of President Kennedy at the end of 1963; while it didn’t involve a collision, it did occur in a car, and more importantly, it marked the moment when a generation’s symbols of hope and possibility came to represent fear and death instead. Nevertheless, by 1965, the genre had become so familiar that it was ripe for parodies like I Want My Baby Back by Jimmy Cross. In that it features a survivor recounting the series of road disasters that led to a fatal crash, this song follows the same formula as those that it spoofs–but it’s the deranged way he tries to undo his girlfriend’s death that gives this tune its unique twist.

While neither the singer nor the song is as well known as some of the others on this list, and though the basic plot doesn’t diverge very far from that of Last Kiss and many others, Reparata’s Your Life Is Gone is nevertheless a noteworthy addition to the teen crash song genre. Here, the singer focuses less on the collision that killed her boyfriend and more on the way his death continues to haunt her in the months that follow. It’s a mournful, melancholy portrait of how hard it can be for crash survivors to cope with the sudden, senseless loss of their loved one.

By the mid-60’s, teen crash songs had begun to lose some of their appeal, though the genre never went away entirely. In the early 1980’s, however, a growing concern with the problem of drunk driving combined with a revived interest in 50’s and 60’s pop music to inspire a new wave of such music. With 7-11 , the Ramones took the classic crash song plot, interpreted it through their distinct punk rock sensibility, and threw in some contemporary references like “Space Invaders” and “Holiday Inn” to create a tune that is at the same time both incredibly catchy and heartbreakingly sad.

Bruce Springsteen — Wreck on the Highway (1985)

In 1937, what is likely the first crash song of all time, Wreck on the Highway , was recorded by a singer named Dorsey Dixon. Marked by distinctively religious overtones, this song recounts the experience of a man who, after coming across the scene of a drunk driving crash, finds himself unable to escape the memory of what he saw–”a picture was stamped on my heart,” he sings. In 1985, this song was reinterpreted by Bruce Springsteen; while the story remains the same, here the haunting reflections the event inspires are more intimate, as the singer imagines the personal grief that must follow when a young man dies on the highway.

In the last 30 years, the issue of driver safety has evolved considerably. The adoption of DUI laws, the invention of  driving technologies that reduce risk, and the introduction of numerous other safety measures have caused a significant reduction in crash deaths in the United States. Nevertheless, because many of these initiatives, including Graduated Licensing Programs and Public Service Announcements, involve an increased emphasis on driver education, the American public has never been so conscious of the dangers associated with driving. These factors have influenced how more contemporary musicians have approached the teen crash song genre. For instance, in the song Joey by Sugarland, the singer reflects on the personal responsibility she feels because she failed to stop her boyfriend from driving drunk, going so far as to wonder, “What’d if I’d took the keys?”

If you’ve enjoyed these tracks, please check out our Teen Crash Songs playlist . Here you’ll find over 70 examples of the genre, spanning pretty much every style of popular music that’s been produced over the last six decades. As it turns out, teen crash songs have been recorded by some of the biggest pop musicians of all time, including KISS, Tom Waits, Twisted Sister, Ice-T, Radiohead, and far more than we can list here.

In a sense, the entire history and evolution of pop music in the United States can be seen reflected in this category of songs. But though their styles and perspectives may vary widely, these songs will ultimately leave you with one abiding impression: there’s no getting over the consequences of a car crash. Even as you enjoy them, let these songs serve as a reminder: always drive safely!