Halloween is a time for ghouls, goblins, and creepy images that often haunt your nightmares, but something many might not think about regularly, are the cars that crawl through some of horror's most iconic films. Kick your seat back, relax, and take a ride in some of the most devilishly demonizing horror movie cars.

How Many of These Horror Movie Cars do You Remember? 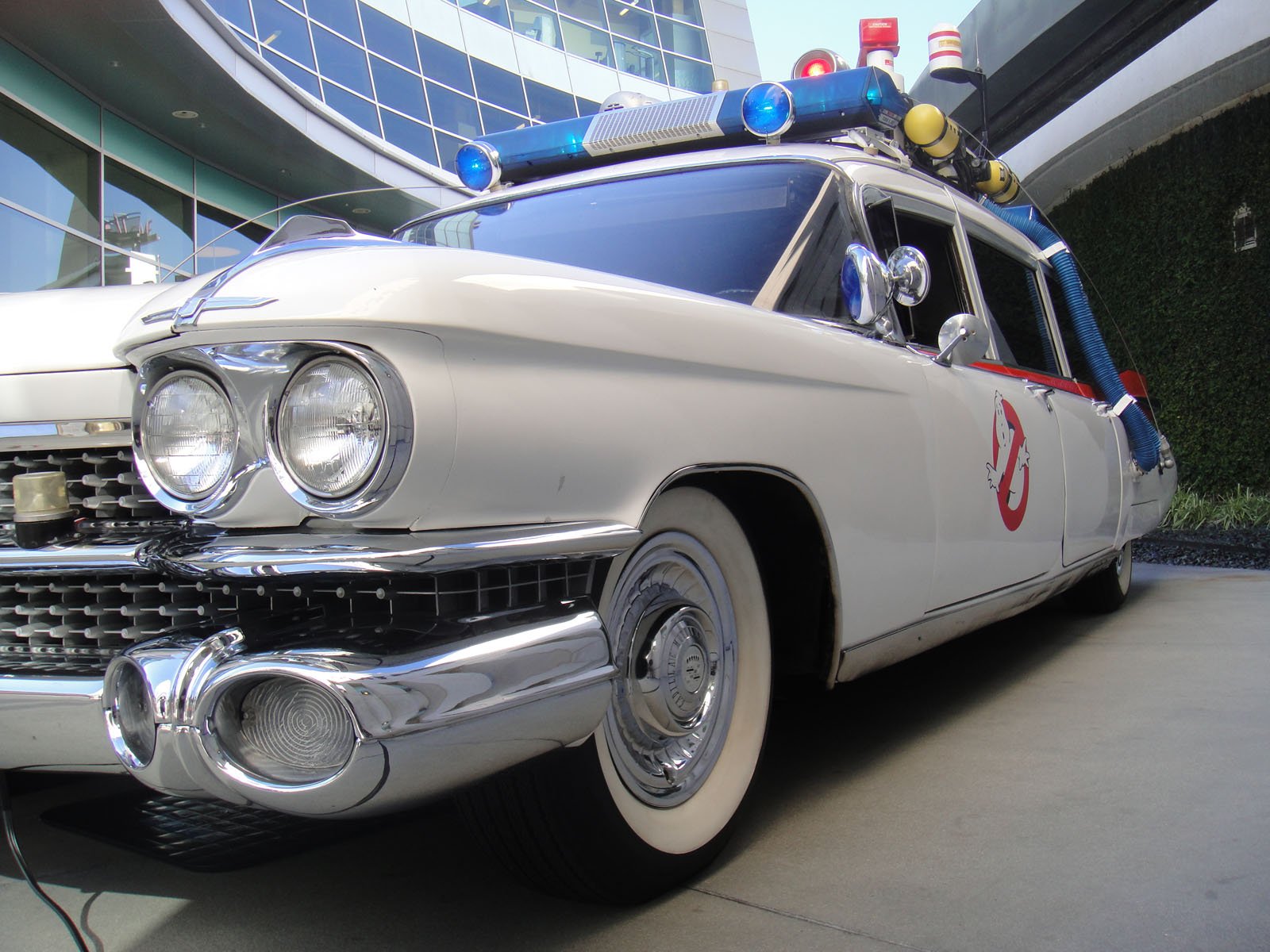 This 1959 Cadillac Miller-Meteor ambulance limo was transformed from a drab, dated vehicle into an iconic symbol of everyone's favorite team of ghost-catching guys. Ghostbusters is iconic for many reasons. Just say "Stay Puft" and everyone will know what you're talking about. But seeing Bill Murray, Dan Akroyd, Harold Ramis and Ernie Hudson jetting around NYC in this freakishly stylish future-car, made everyone who watched the film go "oh, okay that ambulance is cool now."

But it wasn't all style and games for the crews who worked on making the 1959 vehicle look good and drive. The Cadillac Miller-Meteor ambulance limo was transformed and designed with great care and detail by none other than Stephen Dane, who had just six weeks to have the Ecto-1 built. Talk about busting ghosts and time constraints.

2. The Aston Martin DB 2/4 from Alfred Hitchcock's The Birds

No one thinks about classic horror films without thinking of the master, Alfred Hitchcock's The Birds. The film was so scary because it transformed the mundane flock of fowl many see on a daily basis into a terrifying form of torture. The iconic and visually stunning Aston Marin DB 2/4 may not be especially upsetting visually, but what it represents in the film -- a failed escape by the main heroine -- is the sinister undertone that the car represents.

In addition, when filming had finished the vehicle was purchased by a Los Angeles enthusiast who had a Corvette motor and an automatic transmission installed (Why? We're not sure.) The vehicle was restored as well and the damage from the film's shoot was preserved too but the car no longer lives, because it was totaled a few years after changing hands.

This car had history way before it was used on the set of Evil Dead. In fact, it was the director Sam Raimi's car from high school. Can you imagine your first car becoming an icon of a horror film? Yeah, that's pretty cool.

Before the bewitching end of the Evil Dead franchise, this old bucket of bolts got some major horror upgrades including body armor, spinning death-blades, and tons of other starboard attachments. Ash definitely got his money's worth out of this vintage ride.

Just the thought of this big brass-looking titan barreling down a country road gives us the heebie-jeebies or the Jeepers Creepers, we should say. It's a feat to look as scary as the Chevy COE looks in the daytime. This horror flick centers on a routine road trip home from college featuring a young Justin Long (Dodgeball, Accepted).

Instead of a fun romp home, this film turns the average road trip into a nightmare, led by the Chevy COE, whose dilapidated and intimidating appearance on the road is enough to make anyone scream.

5. The Legendary Barris Lincoln from The Car

George Barris is one of the most legendary movie car makers of all time. And The Car is one of the most famous cars in horror. Six different Lincoln Continentals were used as the movie's title villain and their overbearing appearance is responsible for a lot of sleepless nights for movie fans.

The film hinges on a series of hit-and-run murders that start with two bicyclists in the desert of Utah. Flash forward, and The Car's killing spree only gets worse. The Lincoln Continental Mark III, from 1971, will always be known as a killer vehicle for fans of this cult classic.

Trust and believe that this car is the epitome of mega cool. Just like its driver, "Stuntman" Mike, this car has a death wish that it can never truly fulfill. The iconic character starts the original film with the Chevy Nova but later converts to an original cool Dodge Charger.

Even though when you see a Dodge Charger on the road today, they're not very scary but once "Stuntman" gets in that driver's seat they become terrifying -- the devil incarnate on the road. In all, Death Proof isn't that much of a horror film, but these cars definitely are horror shows.

Let's face it, hearses are creepy. When you see one on the road, you immediately think "I wonder if anyone's dead in there," "How many dead bodies have ridden in there?" etc. So many people mention not liking the act of driving near a hearse on the road, so when the 1980 cult horror thriller, The Hearse put that feeling on film, moviegoers were like "nuh-uh!"

The movie features a hearse that haunts the main character. She believes that it is connected to her deceased aunt, who was a witch! Talk about getting creeped out on the road!

Whether you're a fan of horror movies, or just love Halloween and cars in general, these films and horrifically interesting rides should be part of any car enthusiast's repertoire of knowledge.