Unpaid Tickets? You Could Lose Your License! 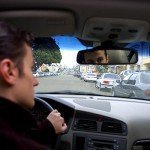 It’s been a long day. You’re tired and cranky and just want to pick up a quick bite and get home as soon as you can. But when you get to your favorite take-out spot: Disaster! There’s no place for you to park!

But wait! Is that–? There’s enough room, but…Drat! It’s in a red zone! Still…you’ve already called in your order, and you’re only going to be a minute anyway, so there’s hardly any risk. After all, what’s the worst that could happen?

It’s Worse Than You Think

If you think that a cheap ticket you can afford to ignore is the biggest risk you face when you park in an illegal spot, drive with a broken taillight, or commit any other minor violation to save yourself a bit of time or inconvenience, think again! According to a pair of recent studies in California and Missouri , more and more local governments are raising funds by tacking hundreds of dollars in fees on top of the basic costs of a traffic ticket. 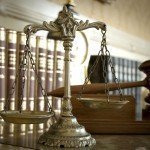 What’s worse, in many cases, the penalty for unpaid tickets is a license suspension. In California, for instance, if you’re issued a $100 parking ticket for parking in that red zone, with fees you’ll end up owing $490 . Then, if you fail to meet the initial deadline to pay the ticket or appear in court, the amount you owe will rise to $815 and your license will be immediately suspended. And when your license is suspended for unpaid fines, you’ll have to pay the entire amount you owe to get your license back–or even just to get a hearing!

That’s right: even if the ticket was issued mistakenly, drivers in California and many other states typically cannot have their case heard in court until they’ve already paid the full amount of their fine. In practice, this means that if you can’t afford to pay the ticket, you also won’t be able to afford to have the court review your case. And in Missouri, where in many communities citations are issued at a rate of more than one per person each year, drivers who fail to appear in court to resolve a ticket can end up behind bars !

The True Costs of Unpaid Tickets

Historically, traffic tickets and license suspensions have been tools to discourage people from engaging in unsafe driving practices. But in recent years, governments have begun tacking ever-increasing fees on the cost of tickets to make up for lost revenues and fund basic government services, then using license suspensions as a tool to make people pay up. For instance, in California, approximately 40% of the fees added to the cost of a ticket are used to fund the very courts that oversee traffic violations, and in Missouri, attorneys who prosecute traffic violations in one jurisdiction often serve as judges in others. Talk about conflicts of interest! 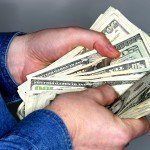 Regardless of the intention, these policies can seriously impact a driver’s life, especially if he or she is someone who’s already struggling to make ends meet. After all, it’s one thing to have to scrape together $100, but it’s simply unrealistic to expect that the majority of drivers can cover a fine of almost $500 just like that. And when you can’t pay, you’ll be fined even more and your license will be taken away until you can–but of course, if you can’t drive, it’s going to be much harder to earn the money you need to get your license back!

Although they were intended to help keep the government running, these policies are taking a serious toll on the state’s economy: in California, 4.3 million drivers licenses were suspended between 2006 and 2013 but only 70,000 of those licenses were reinstated ! Currently, one in six drivers in California has a suspended license , and collectively these drivers are carrying over $10 billion in court-ordered debt that they simply can’t pay.

How to Avoid a License Suspension 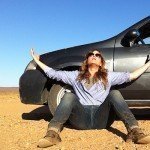 As these facts should make clear, there’s no such thing as a cheap ticket. Fortunately, there are a few things you can do to avoid unpaid tickets, an unnecessary license suspension, and possibly even imprisonment:

Don’t let a minor inconvenience turn into a major headache! If you want to keep your license, avoid taking shortcuts on the road, deal with maintenance problems promptly, always park safely and legally, and take care of any unpaid tickets as soon as possible.