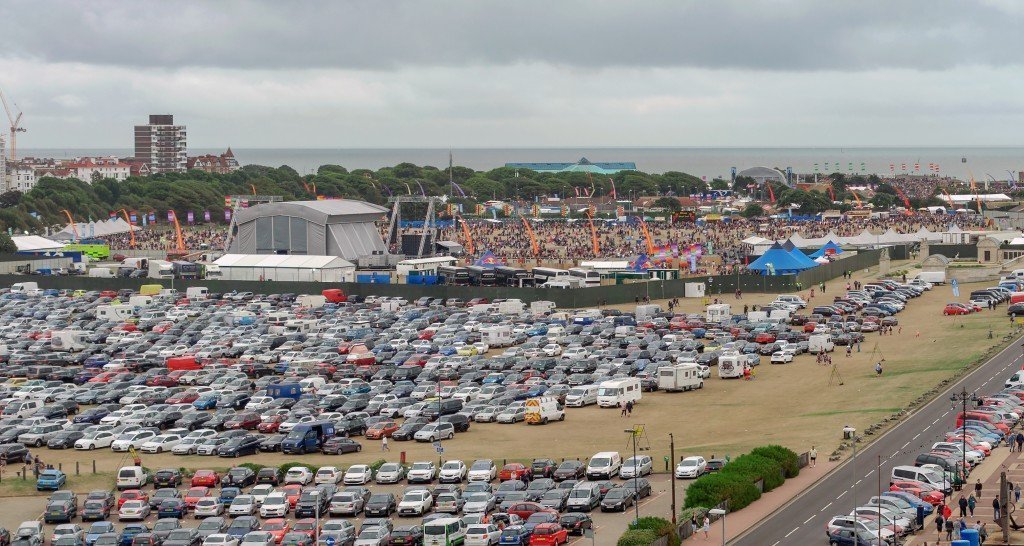 After the final score is announced, the band plays its last encore, or the closing credits fade to black, the parking lot will suddenly be abuzz with hundreds, perhaps thousands, of fans trying to escape the parking lot and get back home. Unfortunately, whatever camaraderie the fans had inside may quickly evaporate as hundreds of vehicles instantly clog parking lot traffic lanes and surrounding areas. Teen drivers and new drivers, already inexperienced and anxious, often get caught up and panic in the moment, leading to car crashes, or even worse, injuries.

Here are six tactics that can reduce your stress levels as you exit large festival parking areas.

1. Scout the Parking Situation on Google Maps before You Head Out

Checking Google Maps and Street View before you depart will give you a better idea of the parking situation where you’re going, which is even more beneficial if you’re heading to a new part of town.

You might be a die-hard fan, but if you’ve got work or classes the next day, prudence dictates that you get out as soon as possible, unfortunately, impatience will likely slow down your parking lot escape. Instead, consider leaving early, before the main exit rush. Another idea might be to simply take a nap in your car while you wait for traffic to thin out.

3. Back Into Your Parking Spot

While about 76% of U.S. drivers most frequently park their vehicle by simply pulling forward into a spot, it’s a riskier practice that leaves pedestrians vulnerable when the driver later reverses from the spot to exit the lot. You might have a rear-view camera on your vehicle — which is great — but research has found that significant vehicle alert system limitations exist when a car is parked between larger vehicles, such as SUVs or minivans, and is trying to reverse out of a spot. In fact, the technology failed to detect pedestrians 60 percent of the time .

4. Focus on a Quick Exit, Not a Close Spot

If possible, park as close to the parking lot exit as you can. Here are four reasons why:

If you’re waiting in parking lot traffic, recognize that everyone else is waiting, too! This is a fact, and there is no way to escape it. Calm down, bask in the glow of the brake lights, turn on some music, or talk with your friends — you did carpool, didn’t you?

Take some time to get to know the area, particularly the parking lots and the exits, so you can plan your escape accordingly. Similarly, if possible, pick seats that are closer to the exits to gain an added time advantage. In the end, though, your best bet is to leave early and exercise extreme patience.