In the News: Representatives Seek to Strengthen Driving Education For Ohio Teenagers 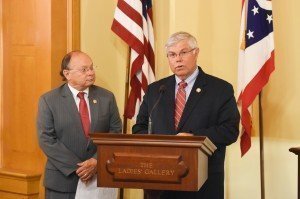 “Modernizing young driver licensing will give teens more protection and their parents peace of mind,” Scherer said during the announcement. “This will make our roads safer for drivers all across the state of Ohio.”

According to the Insurance Institute for Highway Safety, 17% of teenage motor vehicle crash deaths in the U.S. in 2015 occurred most frequently from 9 p.m. to midnight. And although teens age 15-19 only account for 7% of the population, they also account for 11% — or $10 billion — of the total costs of motor vehicle injuries in the U.S.

House Bill 293 must pass the House, as well as the Senate, by the end of 2018. It’s currently awaiting assignment to an appropriate committee.