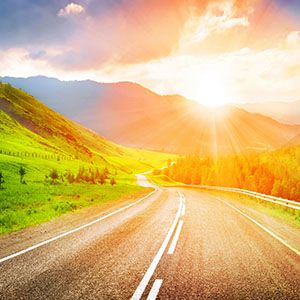 Getting your driver license is a big milestone, but it's also a big responsibility. Though driver education courses can do a great job preparing you for the open road, you can never be too careful when it comes to driving. According to the Center for Disease Control (CDC), 16- to 19-year-olds are more likely to be involved in motor vehicle crashes than any other group. For this reason, Florida teens should be sure to follow these driving safety tips.

The importance of wearing your seat belt might seem obvious, but more than 26,000 Florida teens were cited for seat belt violations in 2014 alone. Florida law requires all passengers to wear their seat belts at all times. Not only can buckling up save you from an expensive ticket, but it can also save your life. The CDC says that seat belts reduce serious accident-related injuries and fatalities by about 50 percent.

Though it's legal to talk on a hand-held phone while driving in the state of Florida, it's best to go off-the-grid while you're behind the wheel. Avoiding distractions is one of the best driving safety tips there is. In this day and age, we're used to being connected. While driving, however, Florida teens should avoid using their phones or any other electronic devices.

It's also tough to focus on the road when you're tired. According to a study released by the American Automobile Association (AAA) last year, drivers who got five or six hours of sleep the night before are twice as likely to be involved in a collision as those who got a full night's sleep. It gets worse from there. Drivers who got between four and five hours of sleep are four times as likely to get into a crash, and those who slept fewer than four hours are a whopping 12 times as likely to be in a wreck.

No one likes being late, but it's certainly a better alternative to being in a car accident. If you're rushing to get somewhere, you're more likely to drive recklessly. For this reason, Florida teens should always give themselves plenty of time to get where they're going. Google Maps is a great tool for checking traffic before you leave the house (but don't check it when you're on the road).

Though there's an inherent risk when you get behind the wheel, these driving safety tips should help Florida teens stay safe then they're on the road.