Say No to St. Patrick’s Day Drinking and Driving 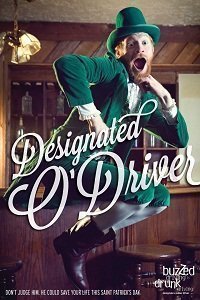 In the United States, 36 million people are of Irish descent. Compare that to the population of Ireland: only 4.4 million. So, guess what country in the world will have the most festive and large-scale celebration of St. Patrick’s Day? Americans like the holiday and very often go truly crazy with themed parties and liquor consumption. Planning to have a blast? Be careful! Planning to get on the road? Be extra careful and don’t experiment with drinking and driving!

One more interesting fact about St. Patrick’s Day: about 13 million pints of Guinness are consumed on this day . No doubt this amount of booze makes  a lot of people in big and small towns around the country jolly and carefree, especially if March 17th falls on a weekend day, as it does this year. St. Patrick’s Day is on Sunday, which means that fans of the green holiday won’t be held back by weekday commitments. So expect excited, loud, tipsy crowds starting their first lap of the Irish pub crawl early in the morning. If you are planning to be a part of that colorful, lively group of people, plan your transportation ahead of time.

If drinking is not part of your Sunday plan, but driving is, watch out for:

Warning signs and anti-drinking and driving campaigns are everywhere at all times. But it seems like a lot of people don’t take them seriously or just don’t apply the rules, laws and just common sense to themselves, hoping that a couple glasses of wine won’t have an effect on years of driving skills. But the statistics are terrifying! According to the CDC , American adults drink alcohol and get behind the wheel about 112 million times a year, causing over 10,000 deaths a year. One in three deaths from collisions involve drinking and driving.

Law enforcement tries to fight the terrifying numbers, and as on any other hard-drinking holiday, special patrol will be on the roads and freeways to crack down on drunk drivers on St Patrick’s Day.

Plan how you are going to celebrate St. Patrick’s Day before the festivities begin, and help everyone prevent tragedies , injuries, and pricey and absolutely unnecessary DUIs .