Save Your Labor Day Road Trip with These Tips

If you’re getting out of town for the long weekend, we’ve got some advice for you. eDriving recently commissioned a poll to find out about people’s driving experiences and thoughts. What we learned can help save your Labor Day road trip.

Arguing in the Car

We asked over 2,000 people to tell us what they argue about when they’re in the car. Here’s what we found: 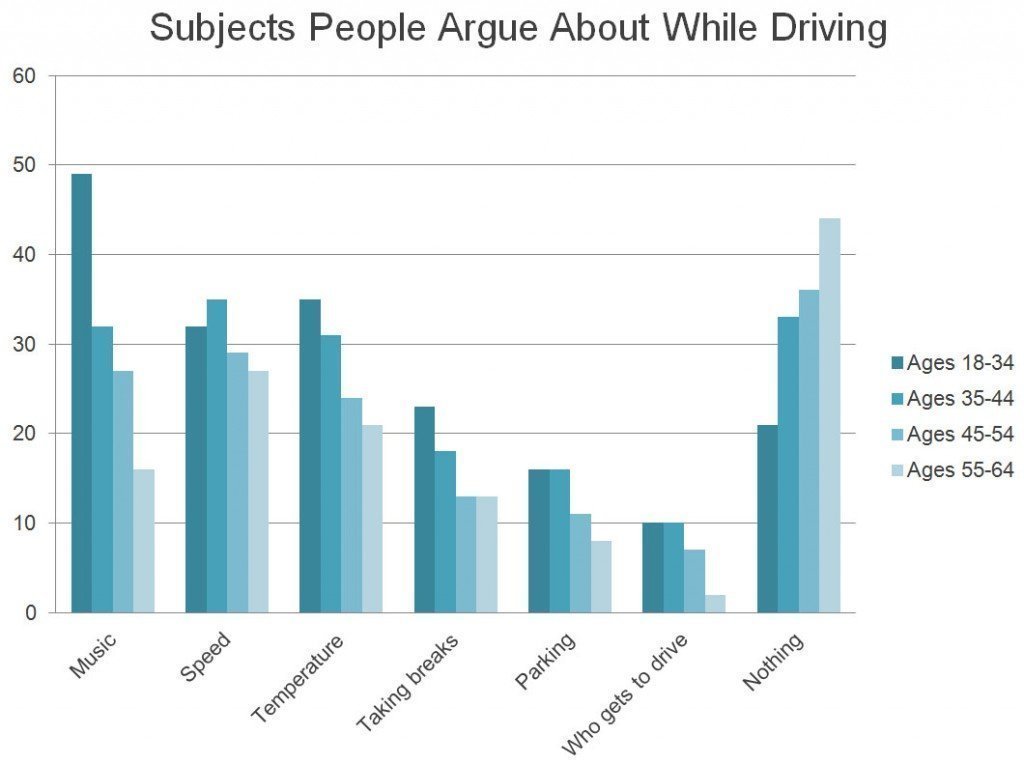 Even though only 6% of people said they argue about who should drive, our survey shows they’re probably still secretly disagreeing about who is better behind the wheel.

According to our poll, 85% of adults said that they are very good or fairly good drivers. But only 55% said the same thing about their spouse or significant other. Men are also more likely to consider themselves to be good drivers, despite the fact that more men make up 70% of traffic fatalities . 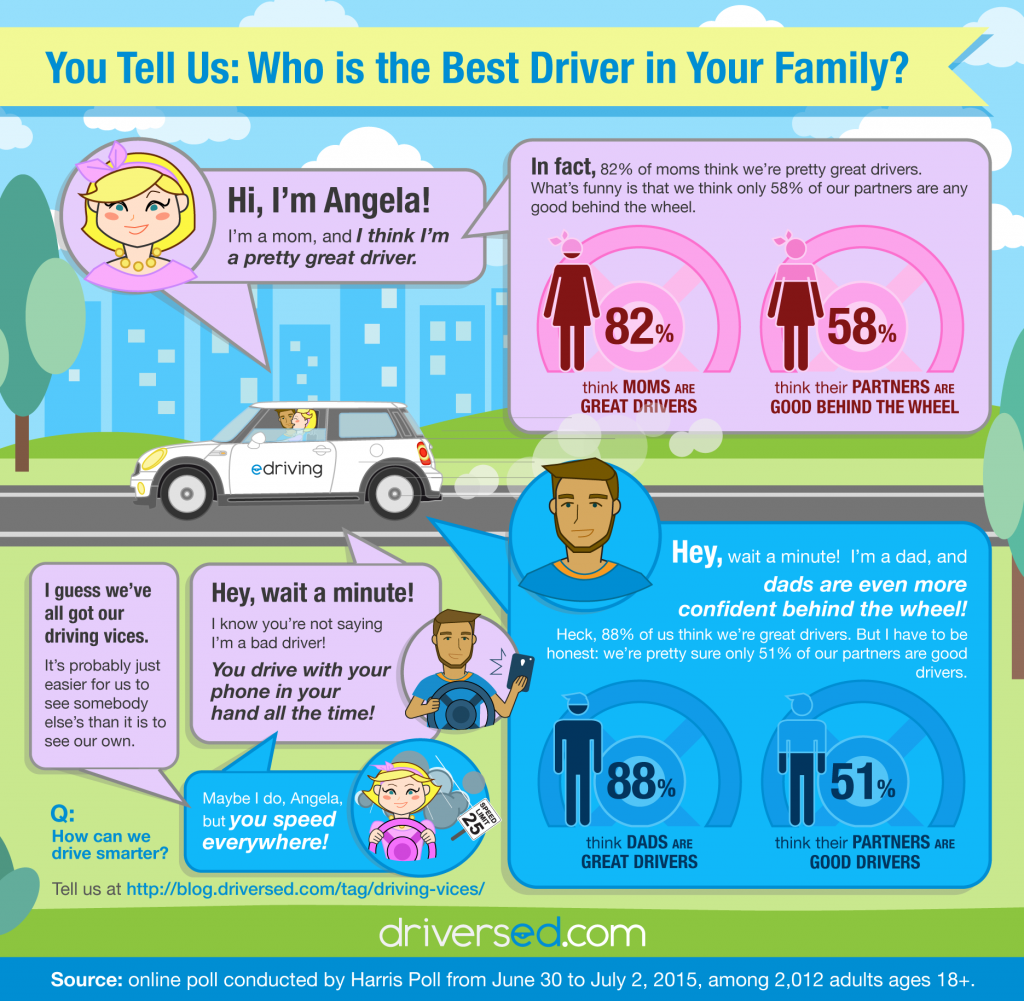 So what does this all mean? Even if you think you’re a great driver, your kids and partner probably don’t agree! So are you really a good driver, or are you overrating your behind-the-wheel skills?

Unfortunately, according to estimates from the car insurance industry , most people will be in a crash by age 34 and be in a total of three to four collisions in their lifetime–not exactly a great driving record, which is why we’re always adding new technology to our courses to help drivers be safer and smarter.

So with all of this information in mind, what can we do about it? I’m about to take a road trip to Calaveras Big Trees State Park myself, and I definitely don’t want to spend the whole four-hour drive arguing.