NTSB: no distracted driving, no cell phones behind the wheel

Next time you’re tempted to reach for your cell phone behind the wheel, consider this: in December 2011, the National Transportation Safety Board (NTSB) called for a nationwide ban on using any personal electronic devices behind the wheel.

The NTSB suggests banning drivers from using any and all devices for non-emergency purposes, including hands-free devices. The board also called for better enforcement of current laws restricting the use of devices while driving.

“No call, no text, no update, is worth a human life,” said NTSB Chairman Deborah A.P. Hersman. 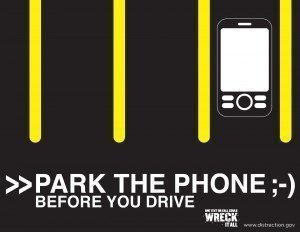 Park the Phone Before You Drive


The NTSB cited several other accidents caused by drivers using both handheld and hands-free cell phones and devices while driving. The National Highway Traffic Safety Administration (NHTSA) reported over 3,000 deaths from accidents caused by distracted driving in 2010.

To learn more about avoiding risks while driving, take a drivers ed course or check out http://www.distraction.gov/ for facts and tips about staying device-free behind the wheel.